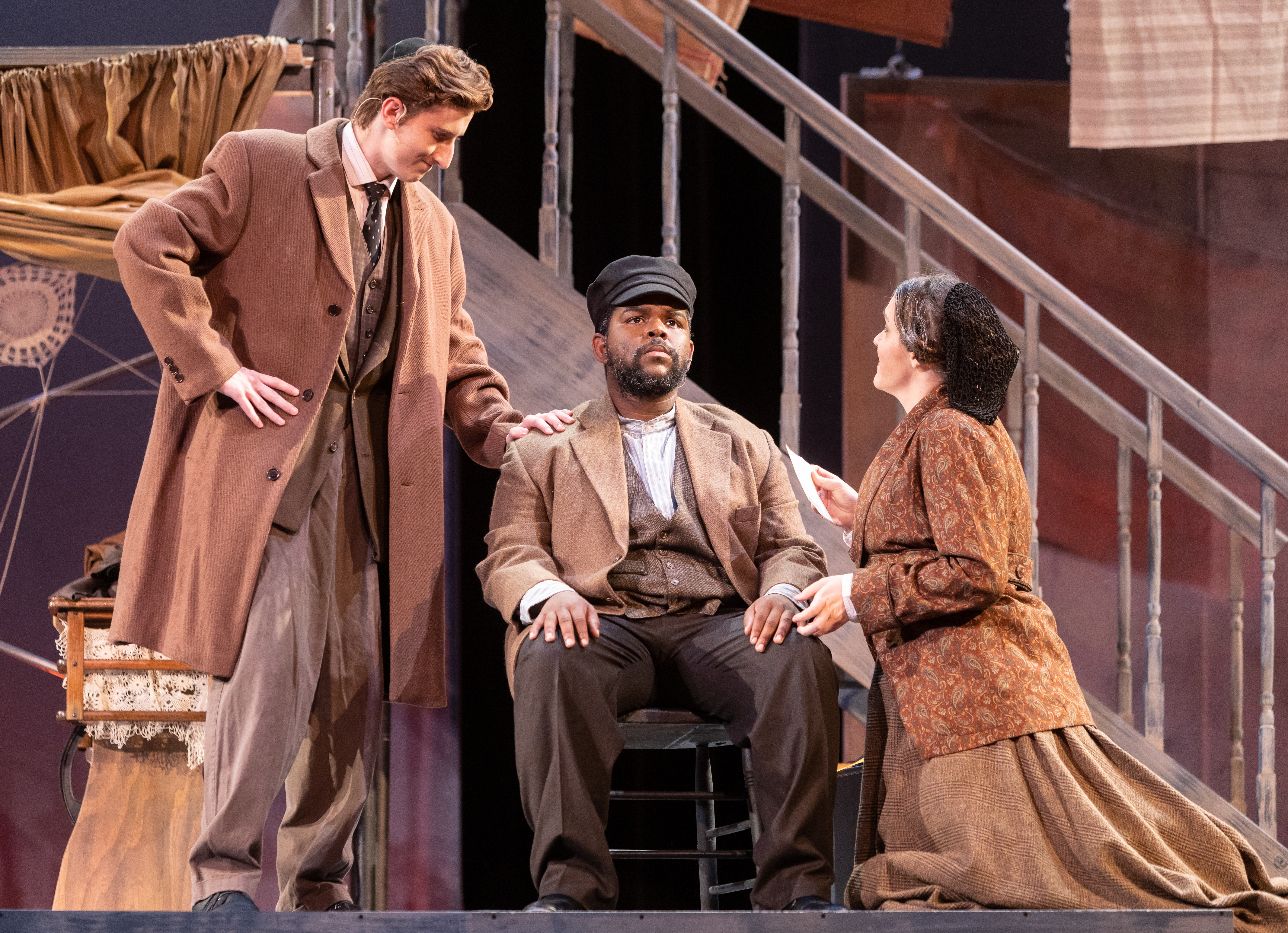 Photo courtesy of the Center for the Arts

What if I told you that you were about to watch a musical about a refugee who comes to the U.S. searching for a better life, only to be met with a plethora of obstacles and prejudices? You might think that it would be about modern-day America, but you would be mistaken.

“Rags,” which tells the story of a Jewish mother and her son, takes place in the early 20th century. The story’s relevance is one of the many things that makes “Rags” such an enjoyable performance.

The play tells the story of Rebecca Herkshowitz (Jessica Barraclough) and her son David (Aiden Brennan and Hank Hawkins), who come to the United States with nothing but the clothes on their backs after fleeing persecution in their native Russia.

After meeting Bella Cohen (Lauren Fraites) on the ride to Ellis Island, Herkshowitz’s luck seems like it is beginning to change, as her new friend takes her in and introduces her to her family. Reluctantly, they take her in and provide employment.

Herkshowitz’ newfound happiness is only temporary. Soon after, she finds herself caught up within the political turmoil of the era, as well as the anti-immigrant prejudice and tribalism of the time.

From the synopsis, one might get the impression that “Rags” is a dark play, but it manages to maintain a light and optimistic tone throughout. The theme is less focused on the struggles faced by the main characters, and more on the family bonds that bind together those who face adversity. This is mostly delivered through the songs in the play, with beautiful music and powerful vocal performances from the cast.

While the witty dialogue in “Rags” paints a vivid picture of early 20th century America, there are undoubtedly moments when it feels that the play is trying to say too much at the same time. Instead of delving deep into a specific issue, the audience is given snippets of different subjects, which takes away the ability to get fully invested in the story. The play seems to lack a central question or conflict to carry it from start to finish.

What carries the play is the large and diverse cast of actors who do a phenomenal job of bringing the story to life. Barraclough is able to clearly show the audience the struggles and hopes of her character throughout the many ups and downs she experiences. What’s even more impressive is the ability of the cast to convincingly play characters much older than they are without any feeling of exaggeration.

Additionally, we cannot forget to mention the amazing work done by the wardrobe crew, who helped the actors present their characters clearly. Even from far away, the clothes worn by each character help easily identify their background, social status, and in some cases, their personality.

In the end, “Rags” is a story that deserves to be told and heard. More than just exceptional acting and directing, it remains a timeless story that is as relevant today as it was on the day it was first brought to the stage.