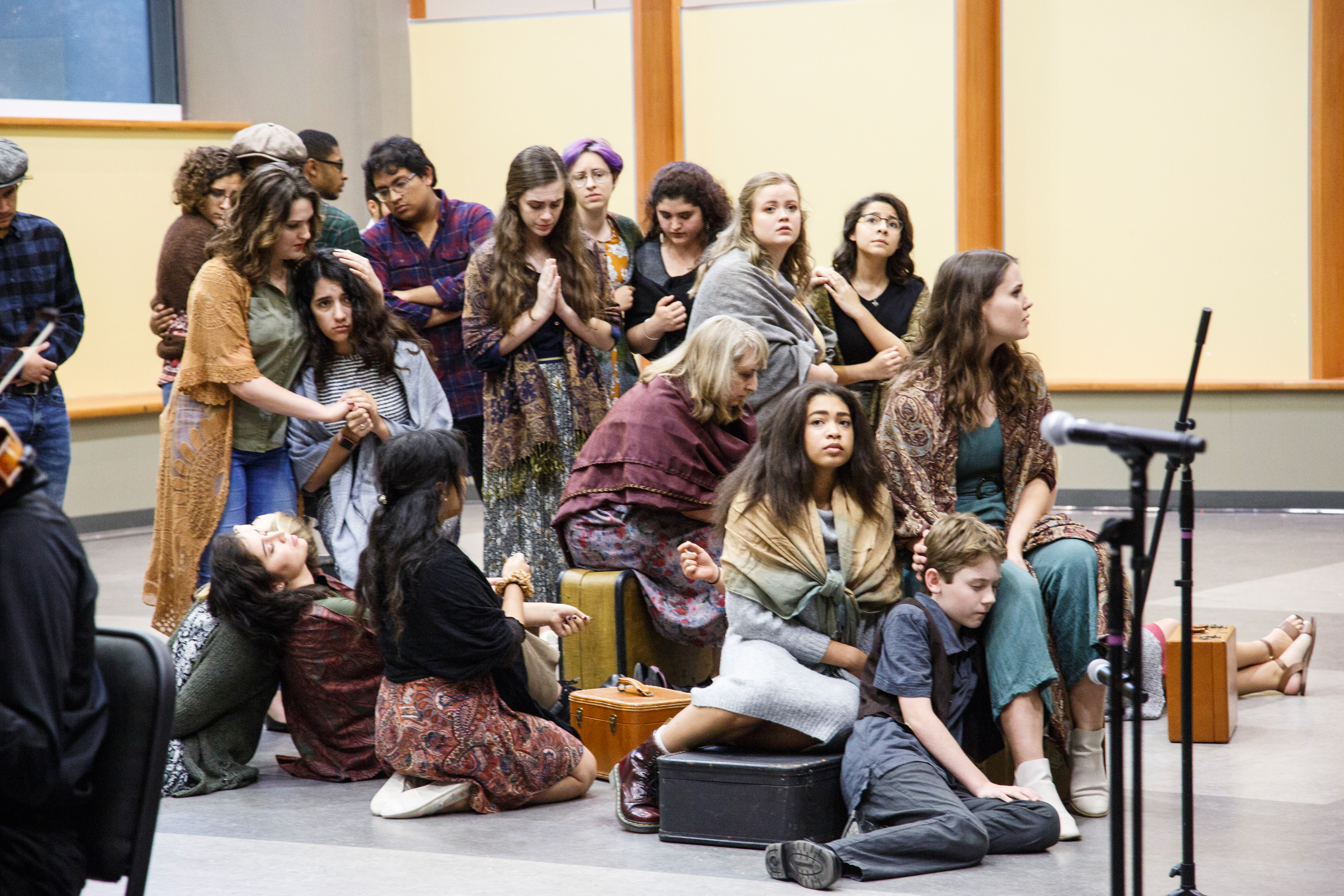 Mason’s School of Theater will be performing the newest version of the Broadway play “Rags” opening on Thursday, Oct. 31, in the Concert Hall in the Center for the Arts.

“Rags,” a musical about immigration to the U.S. in the year 1910, is a story that has one foot in the past and one story in the future according to Rick Davis, the director of the musical and the dean of the College of Visual and Performing Arts.

The musical focuses on Rebecca and her son, David, who are traveling from Russia to New York in search of a better life, after fleeing a pogrom in Russia where her husband was killed. While on the ship, they meet a young girl named Bella who is traveling alone to the U.S. to meet up with her father.

With a cast of around 35 people, the musical threads together the story of America’s past and present.

“I wanted to see if the production could tell two stories simultaneously,” said Davis. “The story of the folks who came from, essentially, Russia and Poland in 1910 — kind of the world of ‘Fiddler on the Roof’ if you will — brought forward and also, by embodying the diversity that is Mason, we could tell the story of today [too].”

While many know the popular saying that America is a “melting pot” of cultures, Davis argues that it is more of a quilt or tapestry.

“You have different colors, different threads, different textures that all are represented at the same time and all work together, but they don’t melt each other down. And the story of New York in 1910 was that story also,” he said.

With this in mind, Davis wanted the cast of “Rags” to be as diverse as both Mason and present-day America.

Senior theater performance major Julia Souza immigrated to the U.S. when she was 7, and received her U.S. citizenship last year. She connected with the play from the beginning. In the musical, Souza plays Rachel, a peddler.

“Connecting with it was probably the easiest thing that I could possibly do, but it’s still a different story from mine,” she said.

Souza continued, “But because of what I went through I’m able to talk about it genuinely.”

Davis and the team behind “Rags” are working directly with the original creative team of the musical to put on the newest version, which has undergone a few revisions since its original Broadway run in the ’80s.

Senior Lauren Fraites, a theater performance major, plays Bella in the musical. Fraites said that there is some contemporary style within the musical because it has been revised since its original run.

“It definitely does feel very ‘right here, right now,’ and like [Julia] said, everyone just coming into this country, all of the characters, every immigrant — they all believe in America,” said Fraites.

Tickets for general admission are $30, and $15 for students, staff, seniors and groups. The show will run for two hours with two acts and a 15-minute intermission.