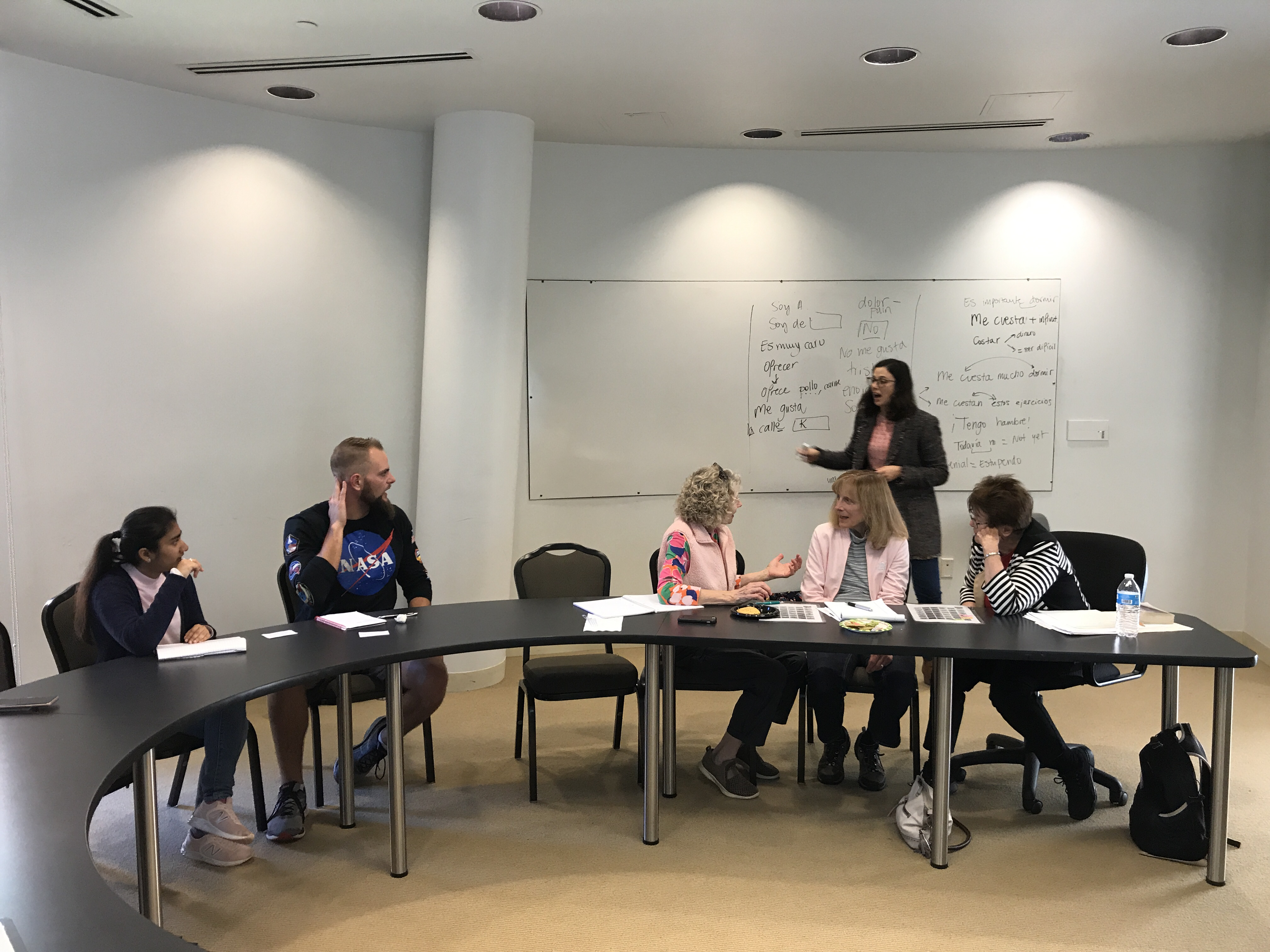 Learning Spanish while having fun with Ana Ruiz

Mason, ranked by U.S. News & World Report as the most diverse campus in Virginia, has events that celebrate what makes us all unique, exposing students to different cultures along the way.

This is why Professor Ana Ruiz, who teaches Spanish and French, started Tertulia, a Spanish conversational gathering. Ruiz started the program when she arrived at Mason in fall 2017.

“I was part of a similar initiative at West Virginia University, where I got my masters and was a Spanish TA, so I saw firsthand the benefits [of conversational language programs],” Ruiz said. “And when I saw that Mason didn’t have any, I volunteered to organize it.”

Open to everybody on campus, students get a chance to improve their skills in Spanish by conversing with native speakers in a fun and casual atmosphere. Participants tend to have some background in Spanish, and simply want to improve. Even those who are relatively proficient have a lot to learn by attending Tertulia.

“[Students are] appreciative … about learning expressions that are more colloquial and perhaps we don’t have time to study in class, such as idioms and common sayings in Spanish,” Ruiz said.

Many students stop by who are interested in learning Spanish, but have not been able to fit classes into their schedule. Freshman physics major Dave Littere is one of the students who has taken advantage of this program to improve his Spanish skills.

“I like the idea that there’s no curriculum,” Littere said. “It’s a free forum where you talk the same way you would in real life.”

Tertulia’s popularity has also spread beyond the halls of Mason. Tristan and Aidan Caplan, both high school students, have been attending this event for the past seven weeks. After taking a Spanish class taught by Ruiz, they wanted to make sure they kept practicing because “lack of practice means lack of learning,” Tristan said.

One of the reasons this event has proven so popular is the importance of the Spanish language, particularly due to the presence of over 4,900 Hispanic and Latino students at Mason.

“Most students see it as the great asset that it can be for them, since it can open a lot of professional, personal and community opportunities,” Ruiz said.

Ruiz plans on doing more events of this nature at Mason after this semester. Ruiz also plans on including more events that focus on those who are still beginners and want to become fluent in Spanish.

“Thanks to the Global Education Office, I have been able to pair more than 20 students so far,” Ruiz said.

Editors Note: A previous version of this article referred to Tertulia as “Tertuila.”