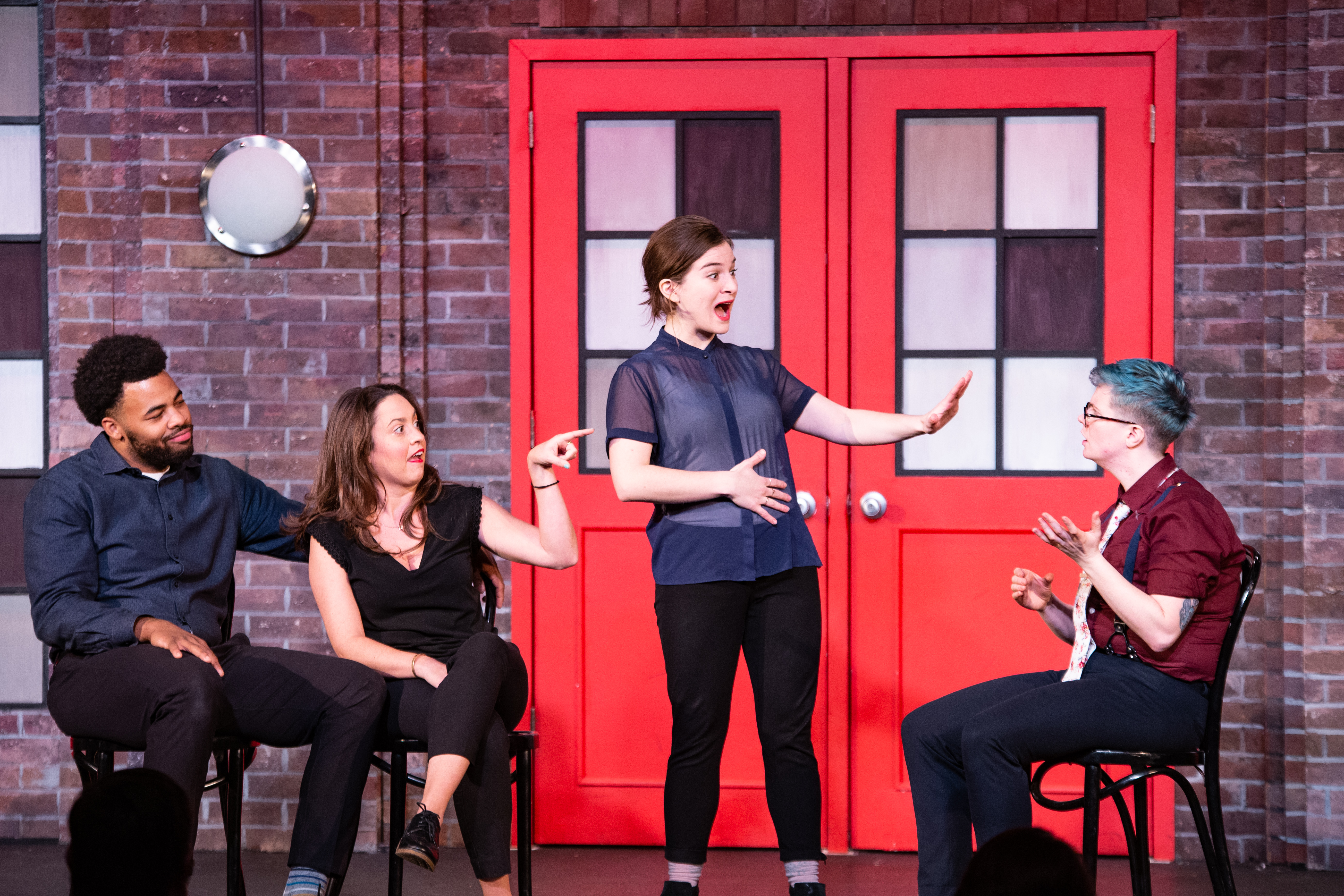 On Friday, Oct. 4, the Mason Improv Association and Second City On Tour performed fun, audience-based improv shows at the Hylton Performing Arts Center on the Science and Technology Campus in Manasses.

The Mason Improv Association’s material included a man staging car crashes with marbles and a tour guide whose best friend is everyone. The group’s set held sketches, short prepared comedic skits and scenes improvised on the spot with help from the audience.

In one skit, cast members not in the scene would shout, “Oscar winning performance.” Then, the members performing would have to act in a way that would win them an Oscar. Several of the performers put their money where their mouth was and delivered more than what was expected.

Scenes from this bit included a dead father appearing before his child so she would be motivated to win the baseball game and defeat her nemesis,  even if she had to play dirty to do so.

However, the act was short — less than 30 minutes long — and some of the material was a little strained. Some improvisations seemed hesitant, almost like the performers were not exactly sure about what they were doing.

Second City On Tour’s show was around two hours long with a short intermission in between. Between skits about fall and palm reading, audience members were invited onstage to name the periodic table of elements alphabetically, and be a cast member’s fake girlfriend.

Second City On Tour had many talented performers that knew how to bring both seriousness and hilarity to their performances. In one skit, a man who suppresses his emotions confesses his love to his partner. The audience could hear the nervousness in the actor’s voice as he discussed how scared he was of embarrassment if she didn’t love him back. Her response was, “Wamp wamp,” as he said earlier in the skit when she tried to confess her emotions to him.

All in all, Second City On Tour was funny, with many scenes leaving the audience cracking up.

Unlike the Mason Improv Association, their show was simply too long. Most of the group’s best material was used in the first part, with the second containing sketches that went longer than they probably should have. The highlight of the second half was the very last bit. The cast picked an audience member, had him describe a day in his life and then performed a dramatized version of what he had said.

Second City On Tour and the Mason Improv Association were both full of fun jokes and quick-thinking wit. If you have the opportunity to see either of the groups perform, you should.