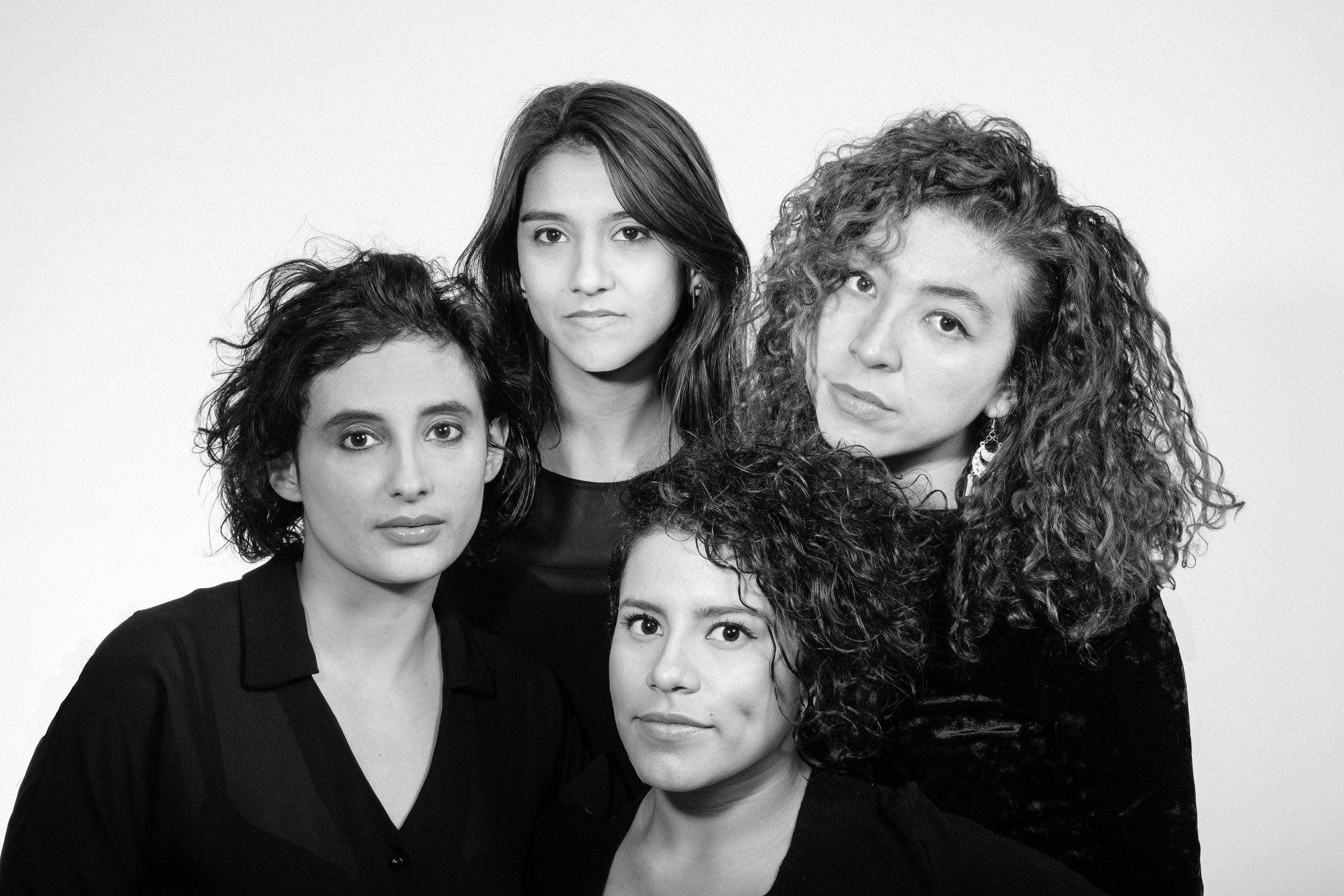 LADAMA performs in Center for the Arts, schools, masterclasses and more

LADAMA, the first group of Mason Artists-in-Residence, spent the week on campus visiting and performing at a variety of venues, leading up to a show at the Center for the Arts (CFA) on Friday, Oct. 4.

Started by Program Manager Adrienne Bryant Godwin, the initiative was created to build connections between artists and students, as well as to deepen the cultural experience for the Mason community.

“My entire career has been split with being a presenter and then also working for the artists and being on tour,” Bryant Godwin said. “Normally when artists are touring, their schedules are so crazy. [The residency program] allowed us to get outside of the four walls of the Center for the Arts.”

LADAMA is made up of a diverse group of international musicians that blend a variety of sounds from across the Americas. The collective is mainly comprised of four women that met in California in 2014. Since then, the group has performed around the world and participated in NPR’s popular Tiny Desk series.

In an interview with the CFA, vocalist and guitarist Sara Lucas said, “We hope to communicate to audiences and students that they can use creativity, improvisation and cultural understanding of one’s own roots to succeed in any capacity — whether in regards to work, creative pursuits and being a part of the social fabric of our communities.”

“We also hope to get folks off their feet and feel the music with every part of their beings,” she continued.

According to ladamaproject.org, the members of the band met at a OneBeat fellowship and residency. Begun by the U.S. State Department’s Bureau of Educational and Cultural Affairs in 2012, musicians from around the world collaborate for one month to create music focused on social engagement.

“They were chosen specifically because they’re amazing musicians and education is a huge part of their mission,” said Bryant Godwin. “[With LADAMA], we were really looking for breadth of connection. We were trying to reach as many communities as we possibly could.”

During their week of residence, LADAMA visited Old Town Hall in Fairfax and Laurel Ridge Elementary School, had dinner with the Hispanic Student Association, held masterclasses and visited a variety of classes within the school of the visual arts.

After many of their performances, they would answer questions about their mission and background, and explain some of the unique instrumentation that defines the group.

The concert at CFA was an interactive experience as well. During the show, the ladies insisted the audience get up and dance with them.

“My very good friend invited me today,” first-year psychology graduate student Tamera Toney said. “It was really uplifting and a lot of energy.”

Another student in attendance met the band at one of the events scheduled earlier in the week.

“I was smiling the entire time through,” Tehranchi continued. “The smile that you can’t control, like that’s the power of their music, and their originality and their creativity. And it is very inspiring. I want to be involved very much into this kind of music, it’s great overall.”

After the performance, some people scurried out the door, but some decided to stay and chant the band’s name and encore. LADAMA happily walked back on stage to perform another song.

After their last song, the collective spent time meeting with their audience at the merch table and took some pictures with them.

Following LADAMA, Bill T. Jones, an acclaimed choreographer, will spend a week at Mason in the next installment of the residency in early 2020.