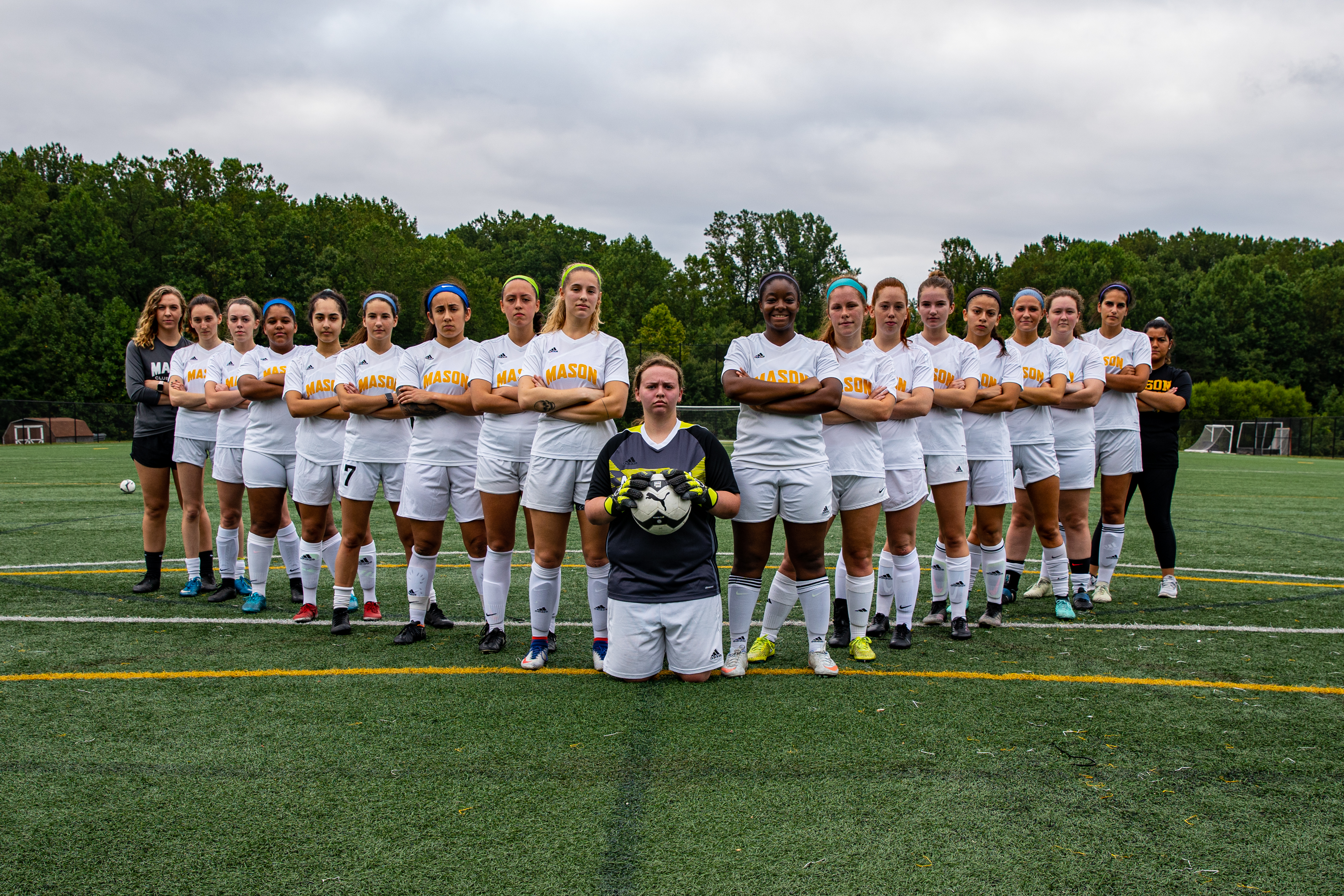 Last season was an exciting one for Mason’s women’s club soccer team. While there was a lot of new talent brought in by former coach, Nick Ortiz, he was forced to step down due to other job responsibilities.

With a new season on the horizon, the team’s club president, Katy Wildeus, needed to find a new coach for the girls. After talking to multiple candidates, Wildeus chose one that sounded like the perfect fit for the team.

31-year-old Ashley Vaughn ultimately ended up being the pick for the club. She has experience playing with a Division I program in James Madison University — however, her time playing for the school team was cut short due to a pair of ACL tears. She then decided to switch to club soccer, with which she fell in love, and finished out her time at James Madison University playing club soccer.

Vaughn not only has experience playing at a high level, but she also has coaching experience as well. She recently coached a middle school girl’s soccer team as well as a swim team.

Sophomore forward Kayla Herrera is excited about the new addition. “[I’m] excited to have a new coach on the team that has experience to work with us. She’ll make us better as a unit and I hope we win a bunch of games as a result.”

When asked about how she feels going into her second year with the team, Herrera also said, “I feel more responsibility to welcome the freshmen. Since I joined mid-year last year it was harder for me. But this year there is a new attitude, it’s very positive, and I know all of the new girls will fit right in.”

There is a lot of talent on this year’s team. Eleven new girls have joined, all playing various positions around the pitch.

Now that Vaughn has pieces to work with, it will be her job to figure out how to put those pieces together.

When asked about the best parts of playing club soccer at Mason, Herrera said, “Stepping on the field with my teammates and simply getting an opportunity to play the game I love. These girls are like family to me and there’s no one else I’d rather take other teams down with.”

Herrera also mentioned the downsides that come with any sport. “With the game comes injuries as well. I hate having to see some girls get wear and tear on their body and have to give up playing.” That’s something that coach Vaughn can sympathize with and hopes the players will not have to experience themselves.

After a disappointing 1-4 loss against Georgetown University and a comeback 2-2 tie against American University, coach Vaughn and the team look forward to the rest of the season and are focused on the team’s doubleheader against Salisbury University and Navy.