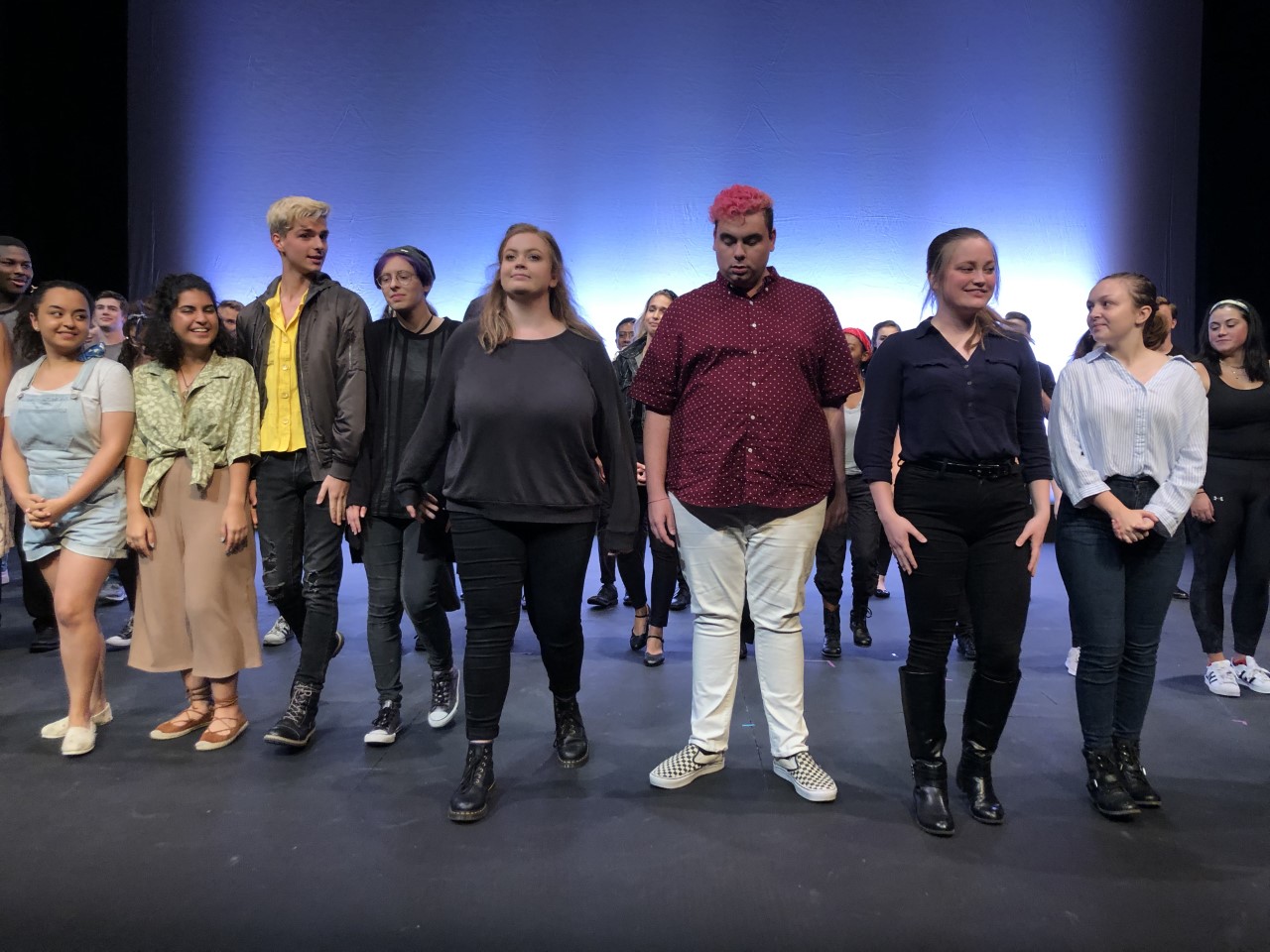 At TheatreSpace in the Center for the Arts, students from across the School of Theater put on a wide variety of short performances, officially launching them into their fall season.

During The Mason Players Originals!, 43 student performers graced the stage with nine original concepts dreamed up in the first two weeks of classes. From top to bottom, each production was assembled completely by students.

The performances differed greatly. Some films, like “Inner Canvas” written by Christian Jost and “After Party” by Jared Clark, attempted to evoke an emotional response from the audience by performing dramatic scenes devoid of any laughter or lightheartedness.

Others, like “Secret Identities” took a much less serious approach to their time in the spotlight.

Most other films managed to successfully blend a little bit of both, resulting in a full evening of entertainment.

While many were notable, “Murderer?!?! I Hardly Know Her,” performed by Rachel Dixon and Claire Gardner, was especially well received by audience members. The duo put on an exciting 10-minute improv show that polled the audience for their source material and constantly incorporated input from special volunteers that were brought up on stage.

Their show was smart, funny and clearly displayed their massive stage presence and improvisational skills. They weaved each piece of audience input expertly into their show and connected with the audience unlike any other group.

“Heart of Stone,” written by Julie Kashmanian, was also an exciting performance highlight. This tongue-in-cheek short inspired the audience to see the struggles of being Medusa. In this creative adaptation, Medusa stays at home all day, running a sex line from her house. After a typical call with one of her regulars, she has an unexpected interaction with a first-time caller. It was funny, well-dressed and a bit of an interesting take on an age-old Greek character.

“Cleanup on Aisle Seven,” by Albee Horowitz, was another interesting performance. The brief performance follows a burglar turned murderer who has to deal with the guilt of their crimes, taking on the form of the person who was just murdered. This film was creative, the actors were convincing and the entire story flowed seamlessly.

The last performance, “Personification” by Em German, managed to incorporate some musical elements — the only performance that included singing. As stated in the title, each of the cast members personified an inanimate object and performed a novel tune for the audience. The whole skit was underpinned by the accompaniment of a ukulele.

Cast size ranged wildly, and so did the quantity and quality of props used by each team. The best of the bunch managed to use a less-is-more approach with their accessories. As expected, a banana gun made frequent appearances, and so did many other props including a knock off version of Spider-Man, an upright piano, wooden swords, a door, a very beat-up couch and a crown.

Props aside, personality was the biggest factor in making a performance unique and memorable. The evening’s best crews highlighted their own individuality and creativity in a way that endeared them to their audience.

Next, the school will be collaborating with the original creative team from “Rags”to produce a revision of the show. The musical will run from Oct. 31 to Nov. 3.

Hidden Hangouts: The Jefferson Building At The Library of Congress