A vagina bean bag toss and lube tasting were just some of the fun that could be found at this year’s Consent Carnival. Held on Tuesday, Sept. 10, by the Student Support and Advocacy Center (SSAC), consent and healthy sex practices were celebrated.

Besides games that centered on educating students about their sexual health, like the penis ring toss and vagina bean bag toss, treats like cotton candy were also offered. Music played in the background, but students could also choose quieter activities like coloring.

SSAC partnered with numerous groups on campus for the event, including Women and Gender Studies, Patriots for Choice and the Office of Student Conduct, who provided activities of their own.

SSAC urges affirmative consent. This happens when both people feel comfortable and free to stop what they’re doing at any time. Affirmative consent was also encouraged by groups and the activities they sponsored. 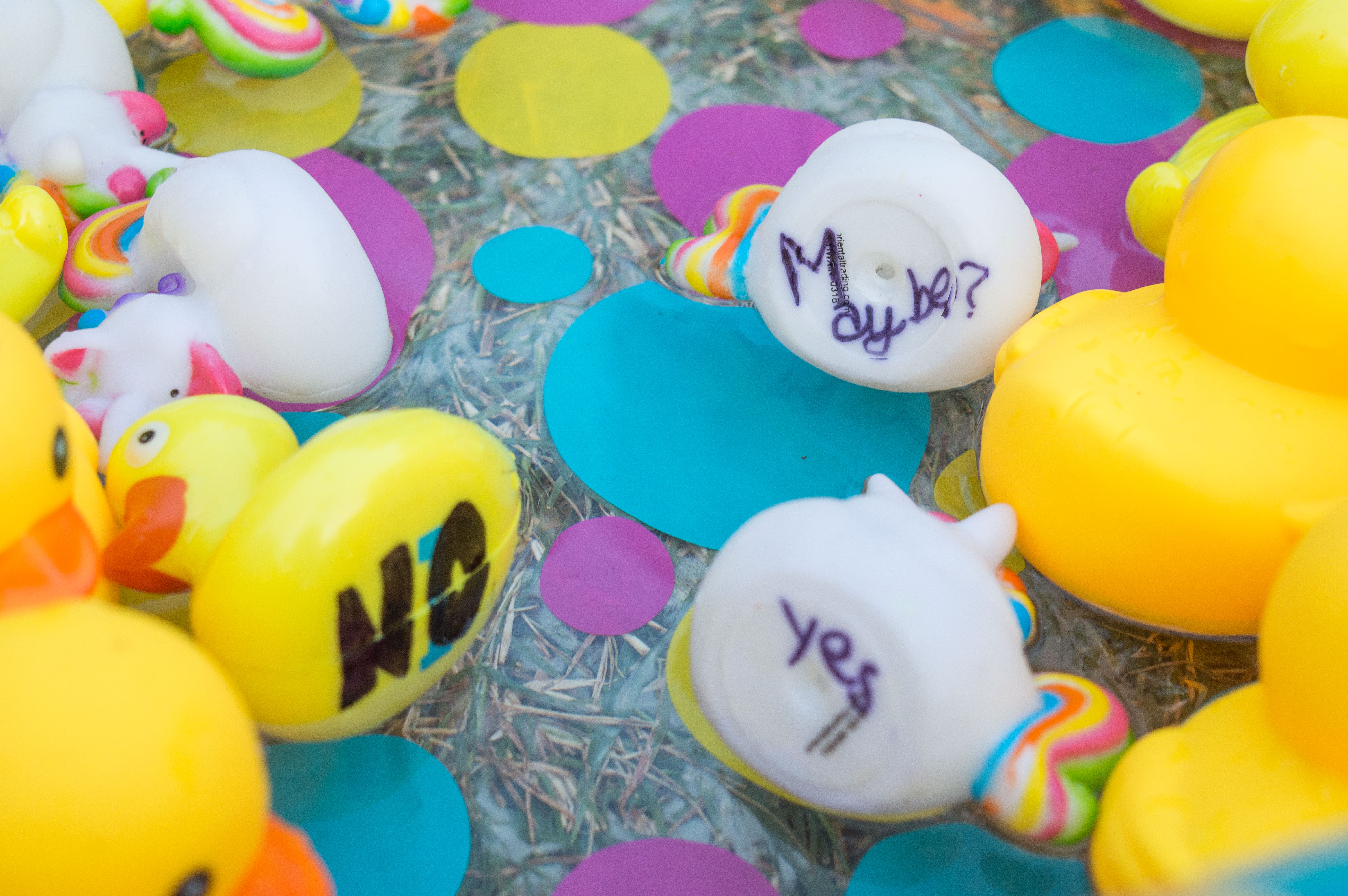 One was the Get Lucky Duck Pond game hosted by Patriots for Choice. Players were seated at a kiddie pool with plastic ducks and unicorns bobbing inside. Written on the bottom of each plastic animal were typical responses like “yes,” “no” and “maybe later.” Students had to find two consecutive yes statements before they could win.

“I specifically chose the Get Lucky Duck Pond as consent because it’s all about making sure both sides are equal and everyone has their opinion and their voice, and I think that is really critical with the pro-choice movement in understanding that these are your reproductive rights, and you can say yes,” Patriots for Choice President Amanda Parsons said. “So, I think they go hand in hand together.”

The event also focused on affirmative consent in a non-romantic context. The Office of Women and Gender Studies hosted a booth to increase awareness about healthy friendships. Participants could view statements about friendship, and then make their own poster about the subject.

Freshman communication major Denise Colombani-Garay said, “I honestly like it ’cause it’s very open about the whole sex thing, and a lot of people are not open about sex.” She also said that she would attend future Consent Carnivals.

Chun said that as long as people keep attending and learning, SSAC will definitely continue to hold the Consent Carnival.