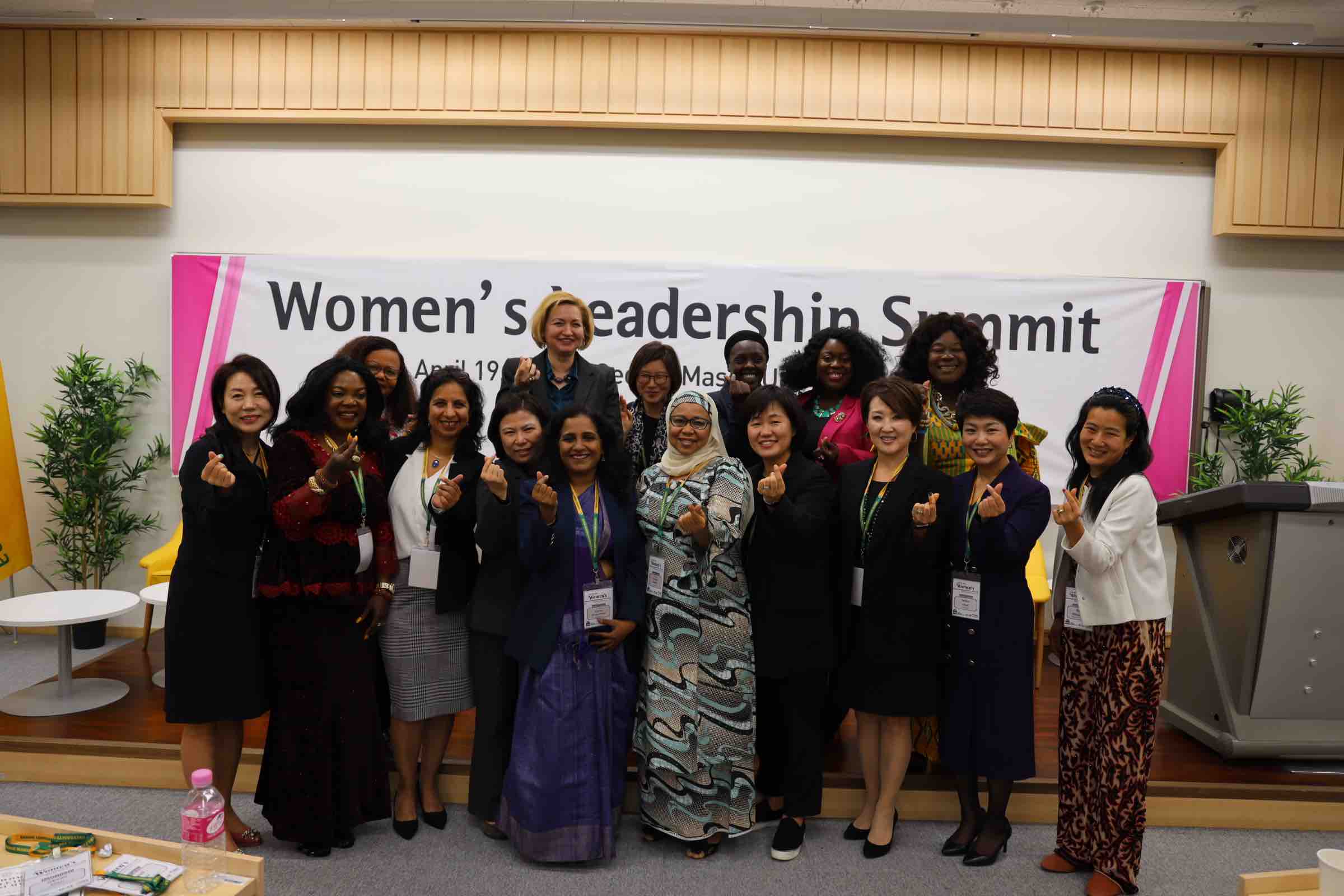 What would life in Korea as an expat woman be? Her Excellency Matilda Swilla Masuka, the ambassador of Tanzania, mentioned the impact of helping others in her welcoming remarks at the Women’s Leadership Summit & Gala,  held April 19 at George Mason University Korea.

The event was hosted by the Expat Professional and Business Women’s Network (EPBWN), George Mason University Korea, Global Green April Festival (GGAF) and Incheon Free Economic Zone (IFEZ). It encouraged  women to participate in a social dialogue about building confidence and experiences in Korea. The event program had four different panel sessions, followed by a gala.

The first session was moderated under the theme of “the importance of building strong social networks for expat women.” Robin Carney, president of Seoul International Women’s Association (SIWA),  mentioned that building networks is a big challenge for expat women, because they used to be professionals before but are unable to get a position to work due to visas and other circumstances.

Victoria Botvin, J.D. and academic at the University of Utah, talked about the struggles and stereotypes she faced during her transition from  building litigation experiences in Washington D.C. to creating a new identity through marriage. She advised fellow expat women to not be afraid of reaching out, and to “find, keep and use connections.”

The second session, Professional and Personal Strategies for Women’s Leadership, centered around empowerment. Yvonne Prempeh-Ferguson, CEO of Cambridge Consultancy Services, emphasized how education is conducive to growth as well as setting clear targets so that the modern workplace can embrace change, honesty and transparency.

Anne Choe, advisor for SIWA, stated that group dynamics and a culture of women supporting each other at work will be the key to success in women’s leadership. For establishing such working culture, Global Start-Up Campus Coach and Mentor Neet Virmani remarked on the need for an increase in “What are inco-spraing spaces?” inco-sparing spaces in Korea, like Female Quotient (FQ Lounge) in the U.S.

The third session on the“Role of International Organizations in Supporting People, Planet and Prosperity” presented an active dialogue on  climate change.

Senior Officer of the Global Green Growth Institute Annick Nzambimana pointed out that climate change is also a social issue, and that there needs to be a lot of girls to go into the field and find ways to adapt and mitigate to counter its effects.

“When it comes to energy, transport, water, all these impact [vulnerable societies], and interventions are important,” Nzambimana said.

The final  session discussed “The Advancement of Women and Gender Equality in Politics and Diplomacy,” and looked at ways and efforts towards greater gender equality. The speakers agreed that spotlighting women’s voices to be heard in as many institutions as possible was imperative.

Her Excellency Sripriya Ranganathan, Ambassador of India to the Republic of Korea, ended the summit with a saying, “I am a wife or mother, but at the same time, I am also me, contributing in my own rights,” highlighting the purpose of the Women’s Leadership Summit & Gala.