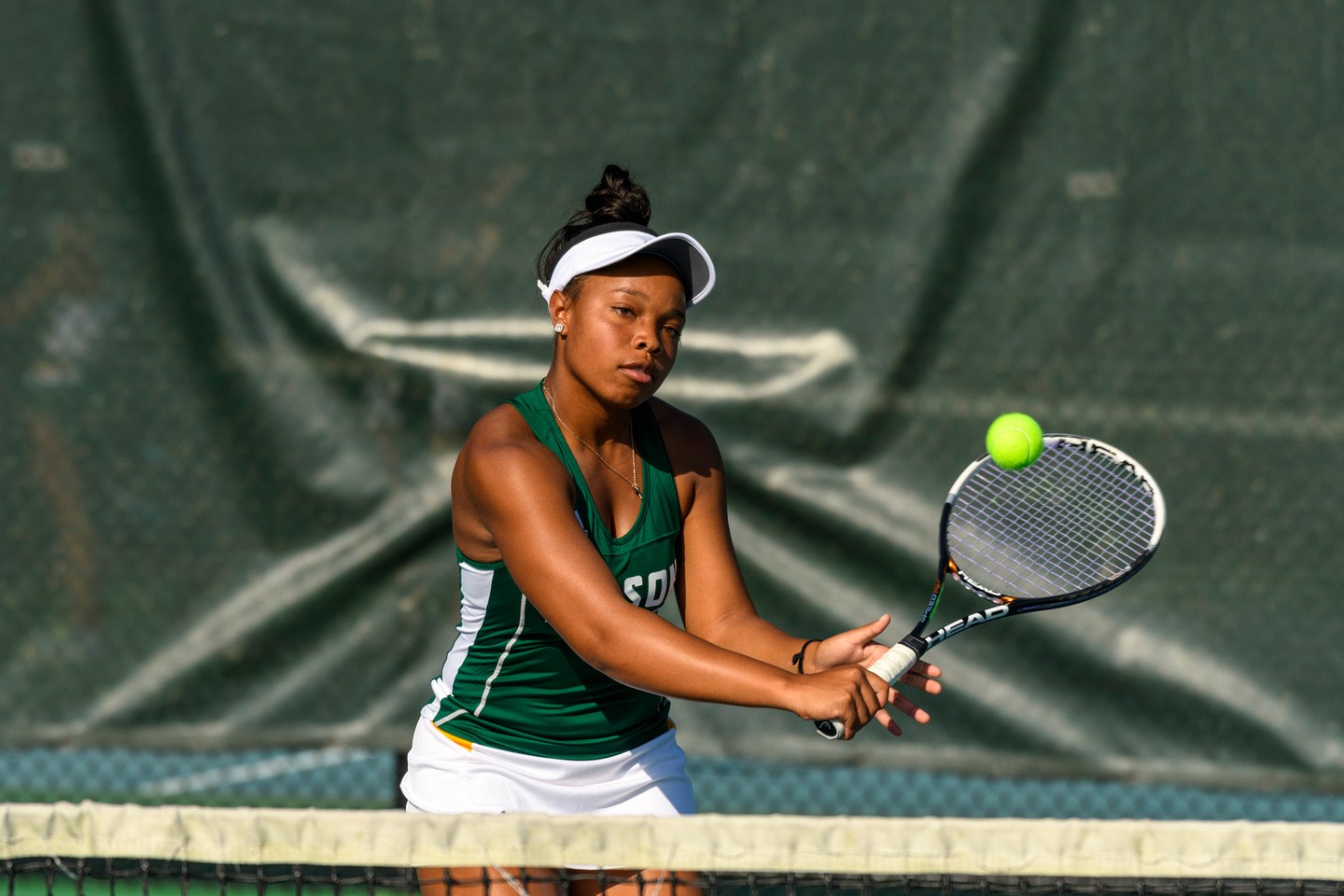 “That the better self shall prevail, and each generation introduce its successor to a higher plane of life.”

It is under this motto that senior Sydney Green played at her high school, Hawken Upper School, just an eight-minute drive from her hometown of Richmond Heights, Ohio. It is there that her tennis journey flourished.

The tennis journey started when she was 8 years old, learning from her older sister Jordan, who pushed Sydney to start playing tennis.

Despite having LeBron James as a Cleveland sports star, Green looked up to Serena Williams. “Definitely Serena Williams, because LeBron is always leaving,” she said, laughing. “Serena has never left.”

However, her dad also served as a role model for Sydney in her tennis endeavors. “He always stuck with me through tennis; he would always be out there on the court helping me with playing and practicing. Also, throughout my career, he’d always come to my tournaments and be my coach.” 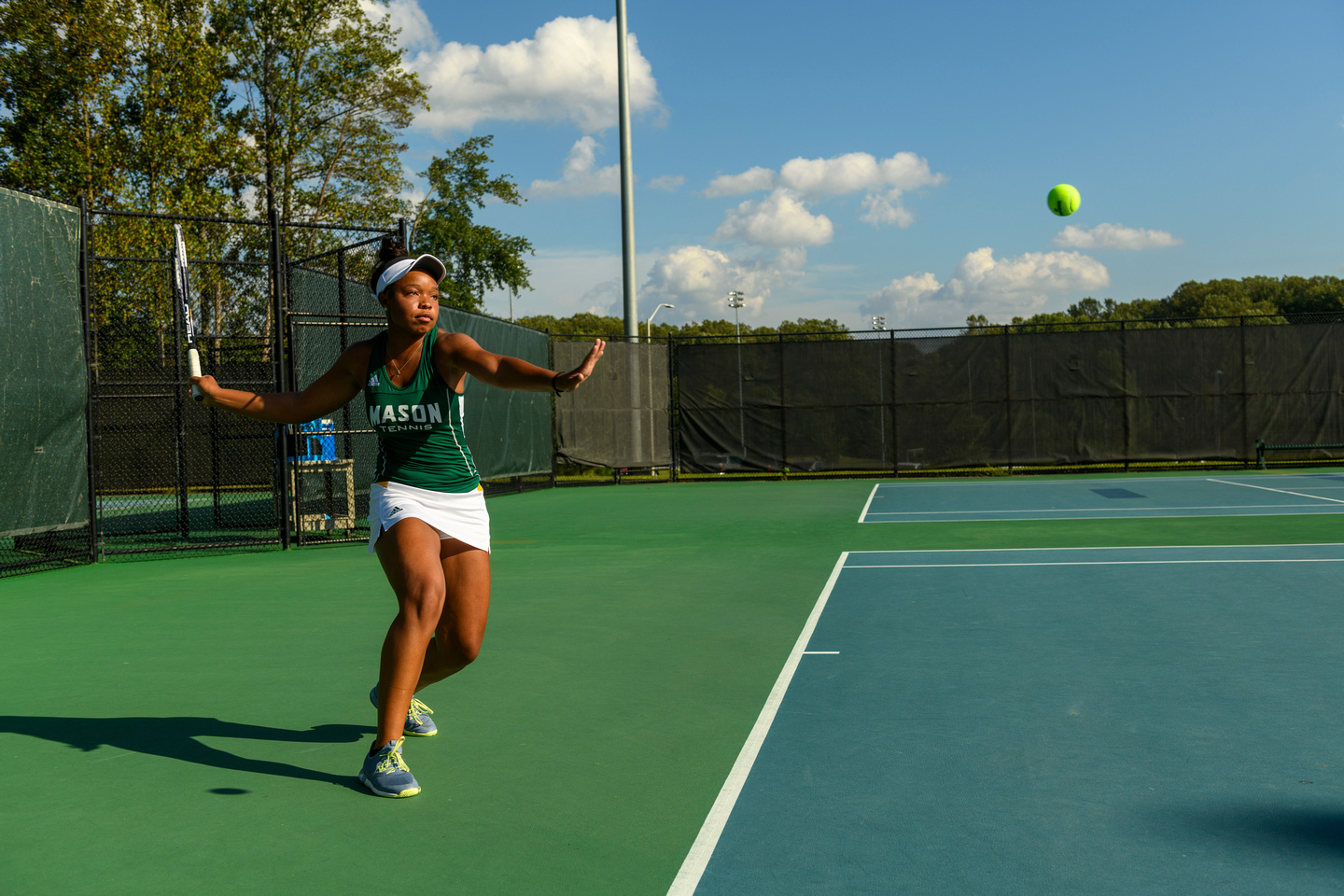 When she enrolled at Hawken, a coed college prep school founded in 1915, Green considered gymnastics, softball and soccer before opting to play tennis.

“I just loved [tennis] more than any of the other sports, and I wanted to stick with it,” Green said.

Green accumulated many awards during her time in high school, including earning First Team All-Chagrin Valley Conference honors in 2013 as conference champion, and Second Team honors in 2014. She was also the 2012 doubles runner-up of the Ohio High School Athletic Association state tournament and led her team as the captain in 2014.

“Once I started playing tournaments, in juniors, I played like 10s, 12s; I just kept going, and I knew I didn’t want to put anything to waste [or] just play for fun. … I really liked [playing], and I liked competing, and [I wanted to] see if it paid off in college and [got] me a scholarship.”

Green noted that, when she applied to Mason, “I liked the area a lot, but I also liked the coach, coach Curtis. He was very nice, and I could just see he was willing to help me get better as a player, and I [liked] the overall combination that was happening here at Mason.”

Coming on board in 2015-2016, Green finally had her chance to play tennis on the Division I level. It was daunting going into her first collegiate match ever.

“I was definitely scared, because I had never done anything like it before,” she said. “However, after a couple of games, it was normal.”

As a freshman, she finished 9-12 in her dual matches, playing in all 21 of those from the No. 2 position. Green played in the No. 1 position in doubles, finishing 8-12 with her partner Brittany Pilkington, who was a senior at the time. 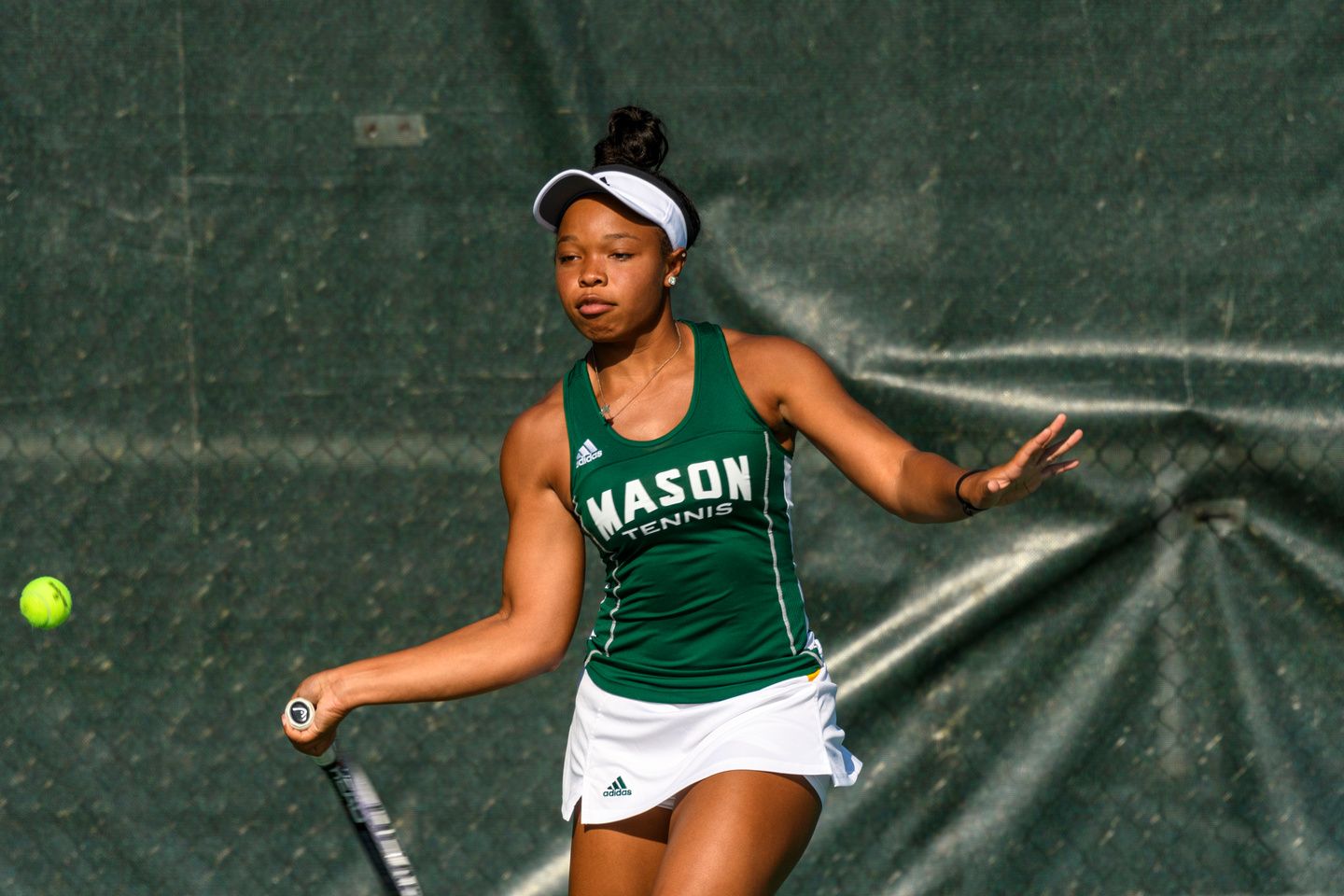 On April 7 against Monmouth, Green recorded her 100th win on the collegiate level. She reflected on the win: “It means a lot. I wasn’t expecting it; I wasn’t counting, but when it happened, I was excited.”

When asked what she cherishes most about playing on the tennis team, Green said, “Definitely just the close matches we have as a team, especially when it’s three-all and we need one more match, and [we’re] cheering that last person on so we can get the victory.”

With two more matches before the end of the regular season, Green has a couple things she would like to accomplish before she graduates: “I’d try to get more wins, but just have fun. I don’t think we’ve ever won the first round of the A-10 tournament, so that would be very special if we could do that.”

Mason Swim Club swims together as one

Rico Gomez looks back on his track career at Mason