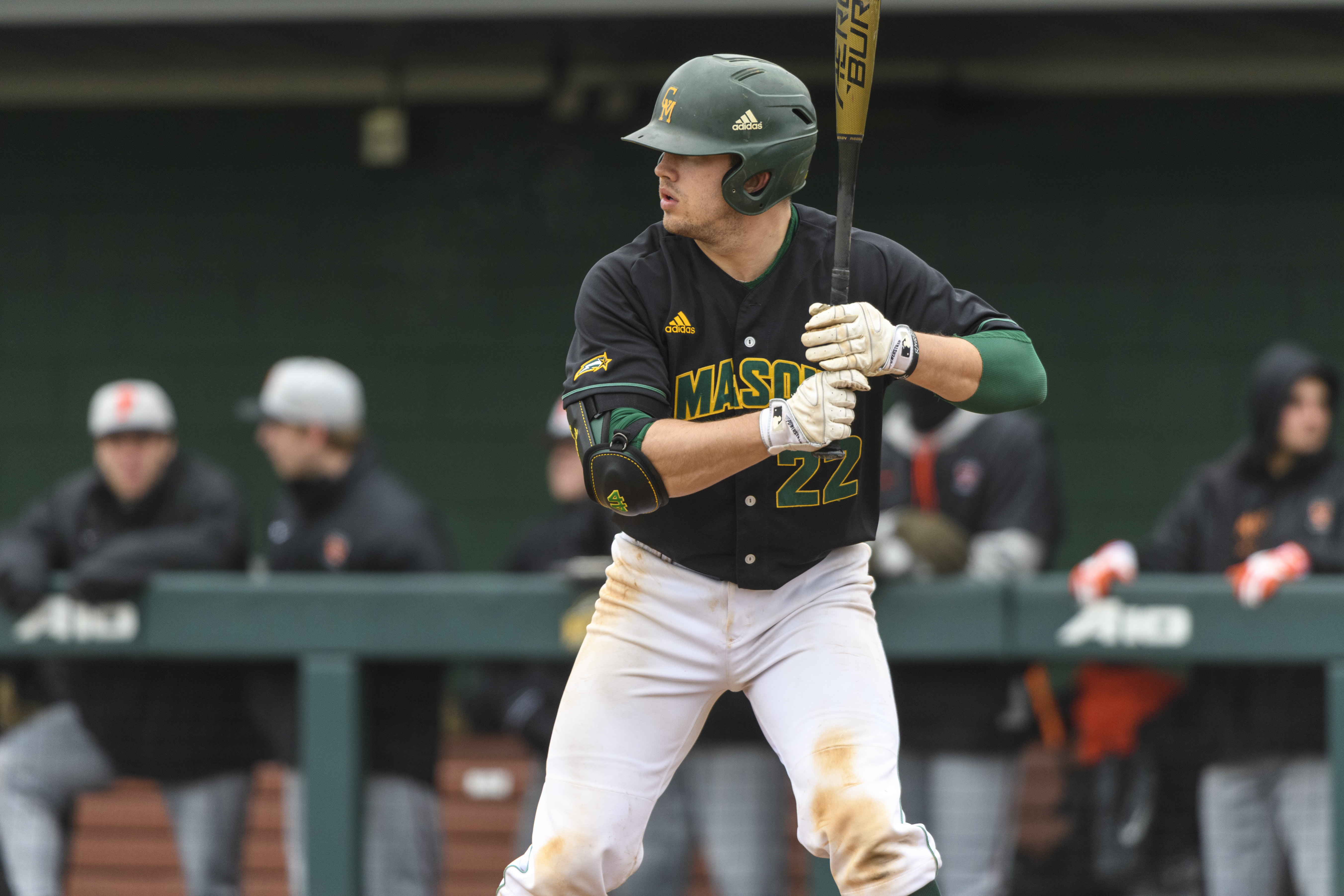 Logan’s brother, Garett, was the one who got him into the sport.

“It really started for me just following in my brother’s footsteps,” Logan said. “Learning from him and seeing him have the success he did helped pave my way into baseball.  He really helped set me up for some success.”

Most younger siblings try to emulate what their older siblings do, and Logan is no different.

Garett, who is three years older than Logan, played his first season of baseball with Mason in 2015 as a redshirt freshman. His primary position? Catcher.

Logan, who followed his brother to Mason, from the neighboring town of Burke, played his freshman season in 2017. Just like his brother, Logan situated himself behind the batter’s box.

“[I] learned everything I know about catching from him,” Logan said.

Unfortunately, Garett’s career at Mason never took off as both brothers had hoped. 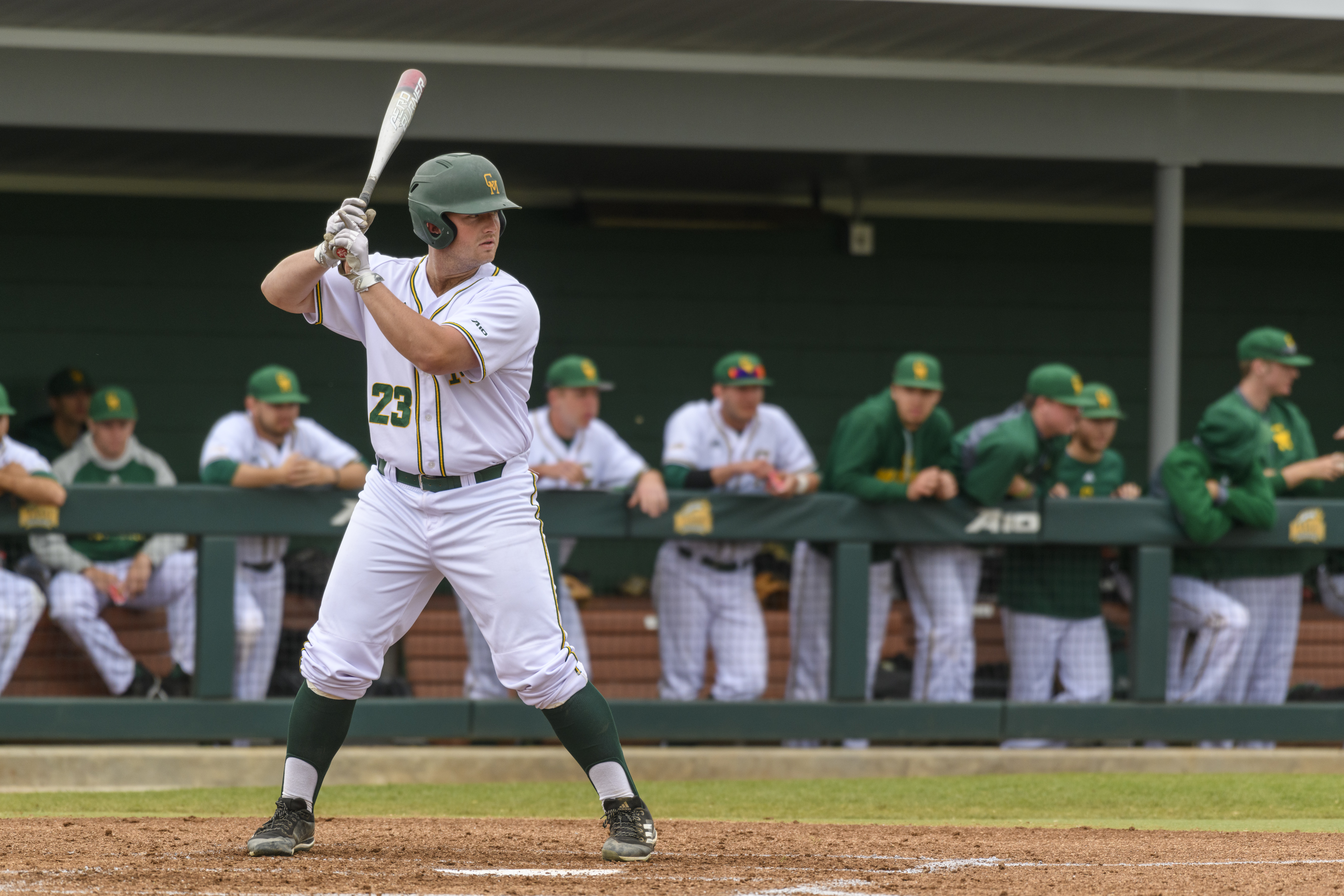 “When [Garett] came into college, he came in with a bunch of injuries, and he ended up getting even more hurt here,” Logan said.

Being a catcher, one of the most grueling positions in baseball, took a toll on Garett.

It’s a shame that Garett had to deal with injuries, as, according to Logan, he had great potential. “Some would argue, the caliber of a player he was―he was just as good as me, if not better. I would say the same thing. He was a great player,” Logan said.

Because of the injuries, Garett started pitching, which set up a moment many families never experience.

“Him pitching to me, that was a really neat experience,” Logan said while smiling. “I think it’s really rare to see at the college level. That was definitely great for me, my brother and my family.”

However, with Garett no longer on the team, it’s Logan’s show now.

Coming into this season, there were lofty expectations for the younger Driscoll brother.

In his freshman season, he earned Atlantic 10 All-Rookie honors. Last season, he made the All-Conference First Team.

Despite the accolades coming early and rapidly, Logan has not let them go to his head.

“It’s definitely nice, nice to be recognized. But honestly, it’s some superficial stuff,” he said. “I guess those awards mean all my training and the way I’m playing is right and working.”

Coming into this season, the magazine Baseball America named Logan their Atlantic 10 Preseason Player of the Year. They also named him the best MLB draft prospect in the conference.

“Just to be recognized as one of those top prospects is pretty special,” he said.

So far this season, he has not disappointed.

When asked about this surge, Logan says he refined his process over the offseason.

“I trained a lot this winter, and I do a lot of my own research,” he said. “I stood back up [in my batting stance] but kept my same spine posture, and all that just helps me rotate better and just be more consistent at the plate.”

Not only does Logan possess rare power from the catcher position, he does something even fewer catchers can to do: steal bases.

“I definitely take pride in my speed,” he said. “It gets hard catching all those games, and catching in practice, to maintain that speed. It’s a part of my game I don’t get to use as much as I’d like, but obviously it’s still there, which is nice.” 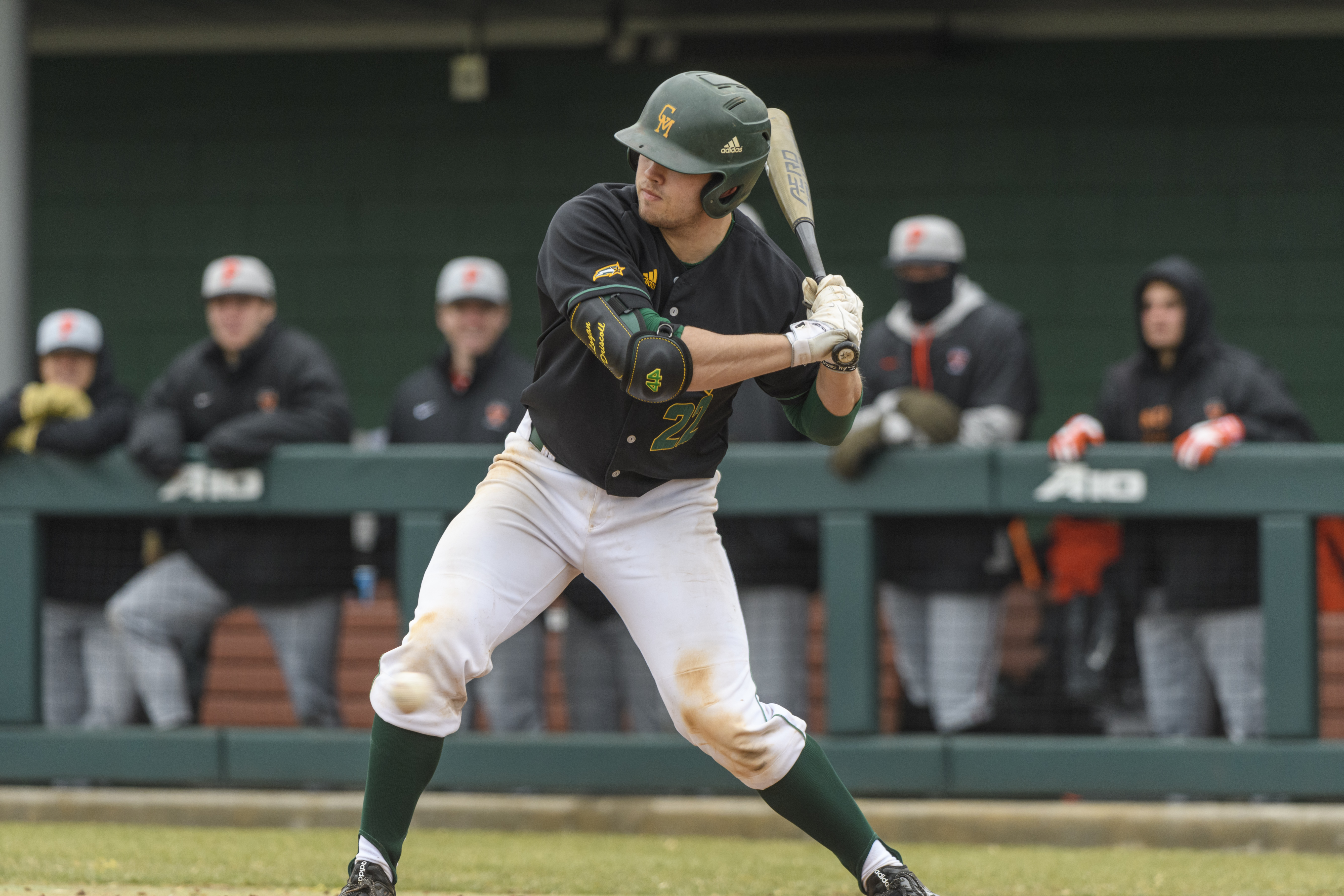 All of these awards and the attention point Logan in one direction: the big leagues.

Since arriving at Mason, Logan has had his sights set on playing baseball professionally.

“Once I ended up committing here, that’s when things turned into, ‘Alright, I could be a next-level player,’” he said. “I had a good [freshman] season, and that’s when I knew I had a chance to play professionally.”

Despite the allure of the professional leagues, Logan is relishing his time with the Patriots.

“I’m just focusing on what’s happening here,” Logan said. “[I’m] making sure even if this were to be my last year that it goes the way we want it to. That is, making the conference tournament and winning the championship.”

Last season, Mason made an appearance in the championship series but fell to Saint Louis.

“We came up short last year by a game, so that was unfortunate,” Logan said. “But a lot of the guys are returning, and we’re all hungry for that [championship].”

Logan has given the prospect of leaving some consideration. “I mean, there’s always been a thought about it. We’ll see what happens in June,” he said.

If this is Logan’s last season in green and gold and he declares for the MLB draft, it won’t be just for himself.

Garett also had a dream of playing professional baseball. However, now that he is no longer a member of the team, Garett supports his younger brother in chasing his dreams.

“He’s really supportive of me now,” Logan said. “[He] didn’t get to live out his dreams because of injuries, [so for] me pursuing the professional career in baseball, it’s for both of us.”