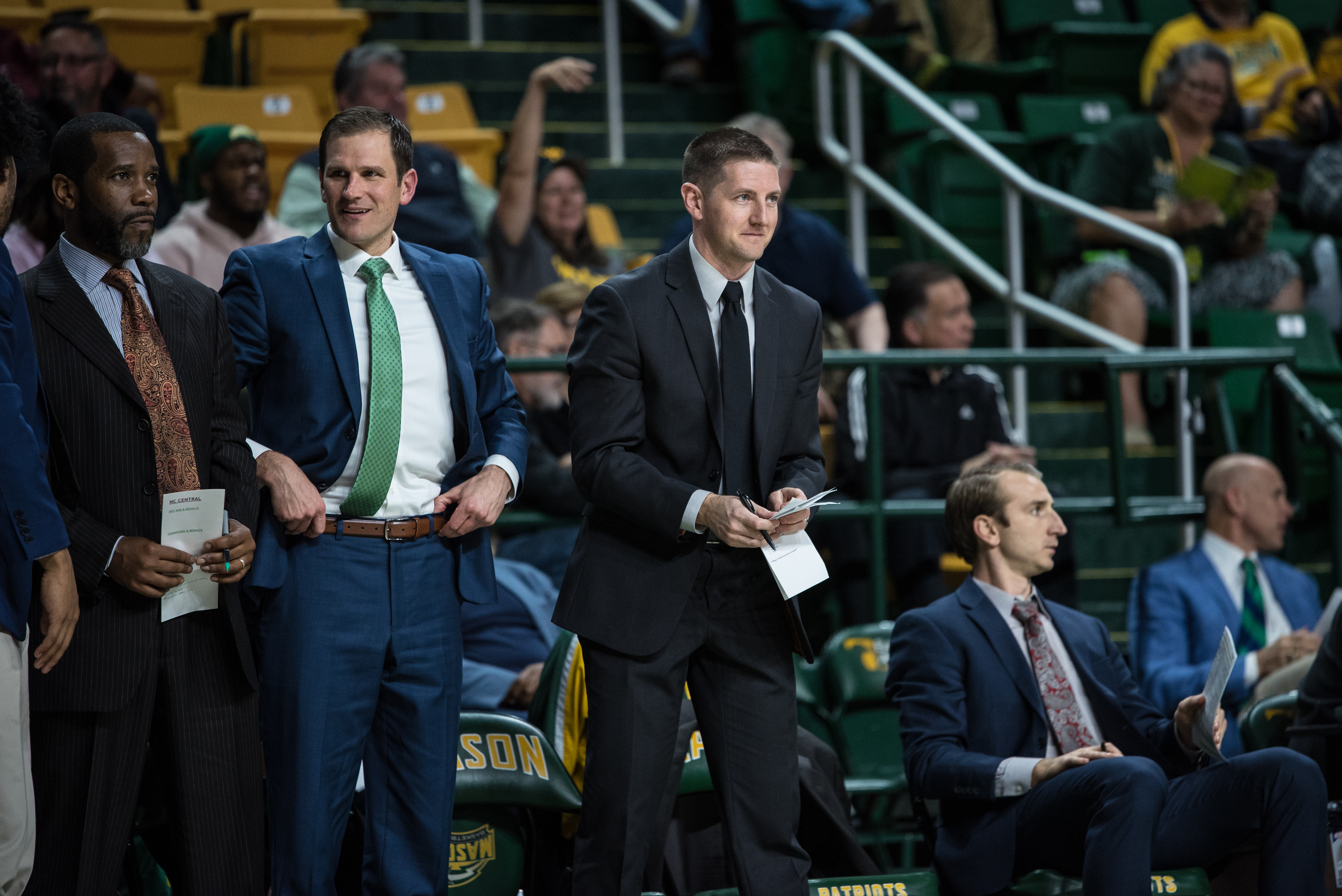 On Tuesday, April 2, The College of William & Mary announced that Mason Men’s Basketball assistant coach Dane Fischer will take the reins of the Tribe as head coach.

Fischer, who has coached for Mason since 2015, previously served under head coach Dave Paulsen while he was at Bucknell for seven years.

“I am absolutely thrilled for Dane and for William and Mary,” Paulsen said in a statement. “I cannot imagine a better fit between person, coach and institution. He has been influential in every decision made within our program over the past 11 years. His basketball acumen is unparalleled. He is a gifted teacher of the game, and an outstanding strategist.”

Paulsen also talked about how Fischer contributed to the Mason program. “Dane has been an incredibly effective recruiter, able to identify outstanding prospects and establish a rapport with them,” Paulsen said. “Most important, Dane is an outstanding person of high character who will immediately become part of the fabric at William and Mary. We will miss him a great deal here, but are so excited for Dane and his family.”

This coaching change surprised me when I first saw it on Twitter. For the longest time, I thought that Aaron Kelly, one of the other assistant coaches, would be the first to leave. This was because Kelly was rumored to be leaving Mason to be Catholic University’s head coach. Alas, this is a good pickup for the Tribe, as their last year was not so good; as they finished their season 14-17 and went 10-8 against Colonial Athletic Association opponents.

The only way I see this backfiring for Mason is if Fischer, in his first year, leads W&M to a CAA Championship appearance or their first NCAA Tournament appearance.

One thing I found interesting was that Paulsen tweeted about the coaching staff watching the press conference. He said, “Beyond excited to sit with our staff to watch @Dane_Fischer at press conference to begin a highly successful era at @TribeAthletics.” 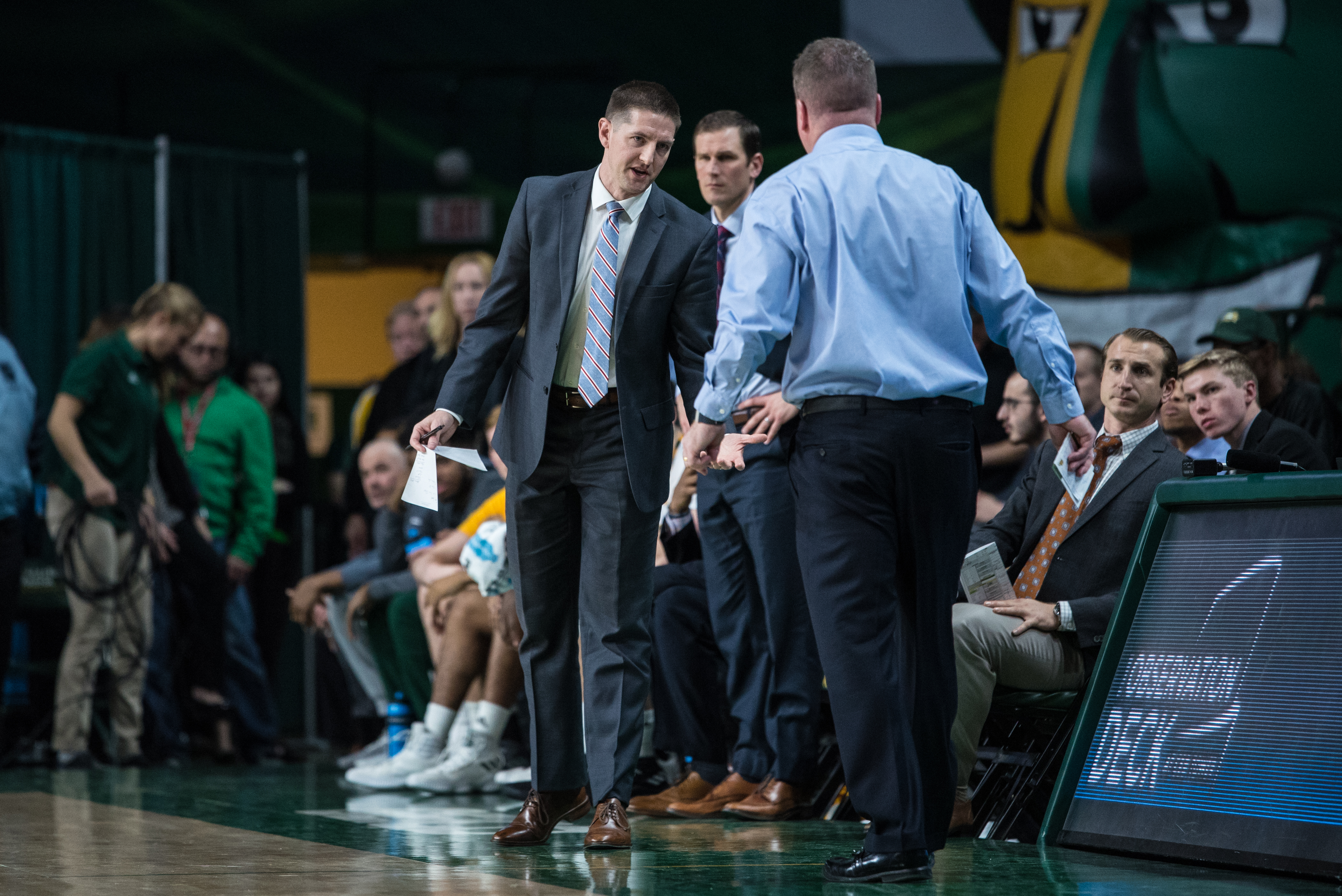 If I were Paulsen, I would not tweet that out. Now that Fischer is gone, I, as a fan, do not want to see my head coach sitting down watching a press conference for some other school. I am not saying that you do not support your former coaching staff; I am saying that if you are going to sit down and watch a press conference, just do not tweet about it.

I just think that if you have so much to do during this offseason, tweets like that one are not ones that I want to see. During this offseason alone, you have to fill a crucial hole in your coaching staff, you have to prepare for your new recruits coming into the program, you have to develop your offense so it conforms to either Javon Green or Justin Kier after the departure of Otis Livingston II and, most importantly, you have to create new inbounds plays. And these are just the ones I care to list.

With Fischer gone, we will have to see who Paulsen picks for the spot. I am torn on what he will do—he might find someone already in the program to promote to one of the lower assistant coaching positions and shift the others up a rank, or he could go shopping and possibly find Christian Webster from Virginia Tech (which is unlikely, but why not) or even Lamar Butler. Though I am uninformed as to whether Mason has ever hired a Mason basketball alumnus as an assistant before.

Regardless, Paulsen has a lot on his hands that needs to be tended to, but I think Mason should prepare for what I like to call the “in-between” years of a program. These “in-between” years are when the program is not completely rebuilding, a la University of Massachusetts, and when they are expected to perform really well, a la Mason 2018-2019. If the program can handle these changes, then maybe it will not be an “in-between” year, but who knows what will happen.

Mason catcher talks about his family, his game and his future