Breaking Away from Misconceptions

February is coming to an end, but the recognition of Black history does not just last a month.

As an open, inclusive and transparent discussion took place, students spoke about topics affecting African-Americans and Blacks, including misconceptions, racism, identity and categories based on social systems. Each panelist introduced themselves in slightly different ways based on where they come from, such as Richmond, Manassas, Columbia Heights or those identifying as Ghanaian-American, Ethiopian and Somalian.

Each student panelist shared why they identify as Black or African-American. Many of the factors that have influenced these choices are based on their roots, their personal experience and the perception of living in two different environments, from being born in Africa and migrating to the U.S. at a young age and vise-versa.

“Even if you remove slavery or apartheid, I guess any prevalent oppression […] you need to think of the psychological damage that has been done over generations,” Clement Lupton, a government and international politics major as well as a member of the panel, said. “It is not just going to erase itself because the tools of oppression are gone. Of course that damage will shepherd across from generation to generation.” 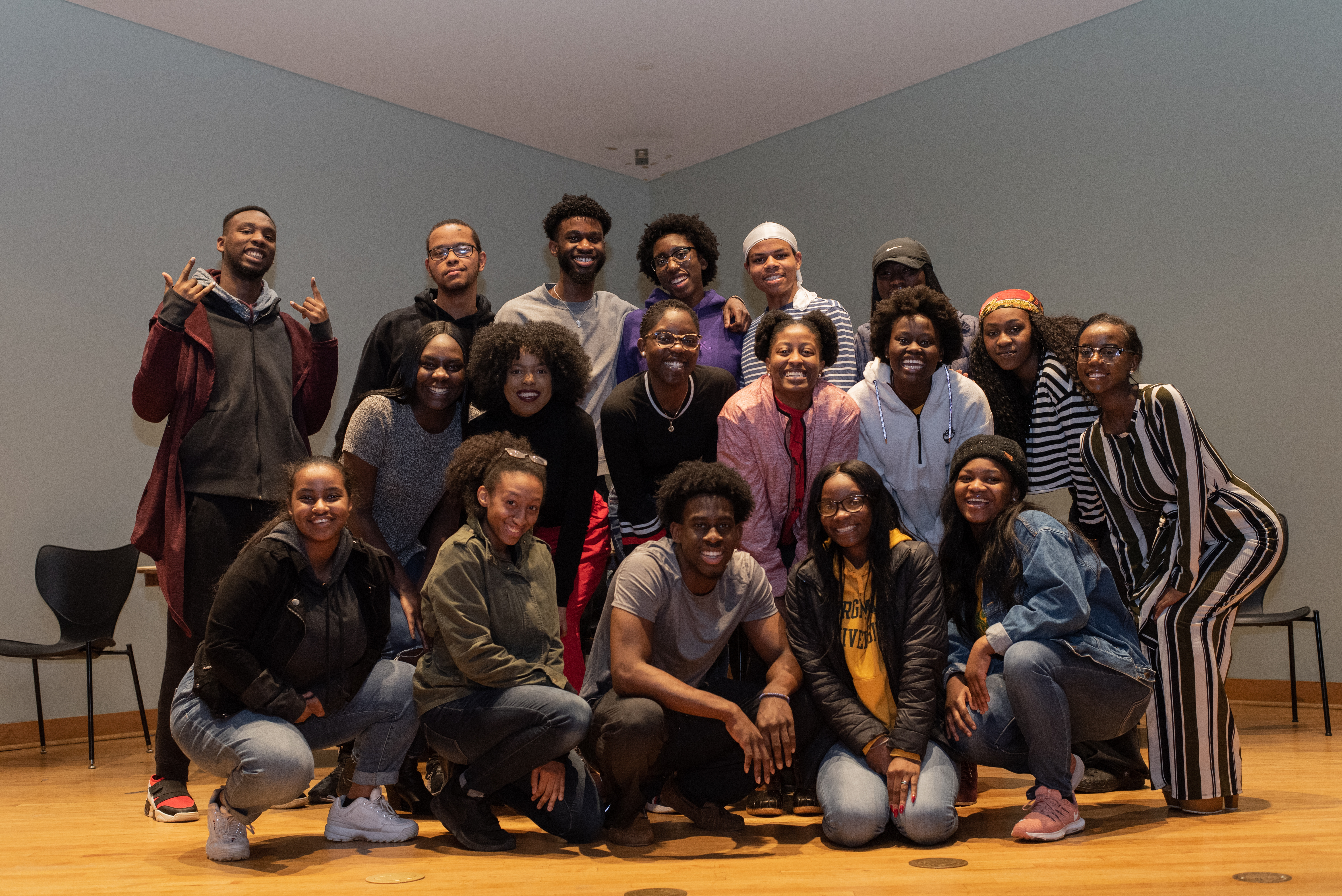 Some of the misconceptions towards Black Americans that have been going around for years were listed during the discussion, such as the idea that Blacks are lazy, aggressive, disorganized, loud, troublemakers and untrustworthy around money.

“You know some people [will] be like, ‘Oh, you want to be a victim, so you don’t have to work,’”  Tamera Toney, a senior majoring in psychology, said. “…We are falsely label[ed] as that, but who wants to be a victim? We are not crying out about the oppression because we want to be victims, but because that is the truth. That is what happens with racism.”

As a universal historical thread, political parties have and will continue to contribute to both framing certain community members and influencing the way they must be categorized in society. Student panelist and community health major Ashley Koranteng said, “I needed a political shift to realize … people are going to be looking at me differently depending how I look.”

“I feel like just any person of color has been grouped under that umbrella where you feel this oppression, this kind of racism,” Koranteng said. “People have been talking for years of the movement of people being ‘[woke]’ kind of thing. [It] is not a new thing, but for me it is.”

Mason students were encouraged to continue educating the Mason community about the dynamics, tensions and struggles that have to do with African-American, Black and African-descent identities. The essential message that this discussion provided was a foundation to spread more action and awareness year-round, not just during Black History month.