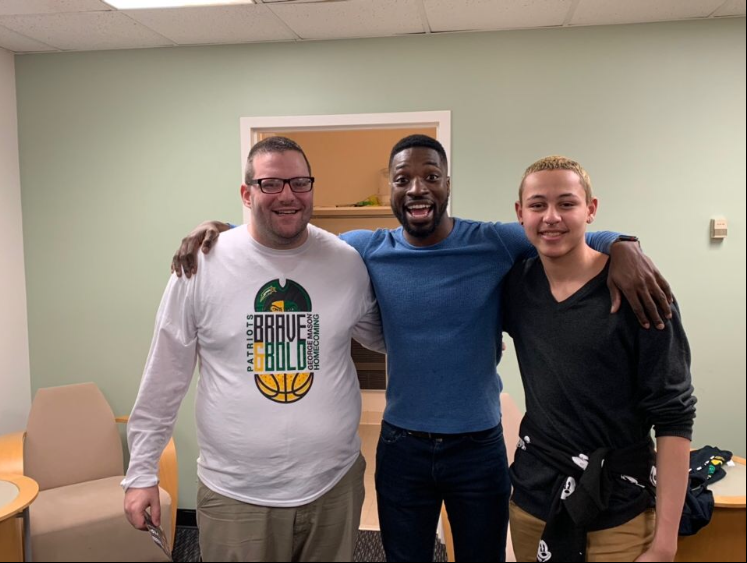 With big energy and, perhaps, bigger muscles, comedian Preacher Lawson turned out a solid performance in the packed Center for the Arts to kick off the homecoming weekend.

27-year-old Lawson, known primarily from his finalist run on the hit TV show “America’s Got Talent,” brought his entire repertoire along with the many titles he carries to Mason in an energetic performance on campus.

Lawson is a comedian, musician, vegan, chef, vegan chef and much more. He regularly updates a wide variety of material on YouTube and Twitter, including his popular “Cooking with a Comedian” series. As previously mentioned, he also has a selection of a few comedic songs on Soundcloud, where his following is significantly less substantial.

He is currently in the midst of a sizeable tour that zig-zags through the entire country until this upcoming winter. During his set, he remarked that he’d never been to Fairfax, and in relation to his home state it is pretty cold.

Unlike some of his performances on “America’s Got Talent,” Lawson projected as an honest, relaxed and casual comedian exuding a ton of confidence on stage. He made sure to toy with audience members, even conducting an informal Q&A session at the tail end of his set.

According to his website bio, Lawson has been telling jokes and performing since he was 17 years old.

His website also notes that before he was 10, Lawson had moved over 20 times, revealing some of his ability to adapt to different situations.

His material during the performance was really a catch-all that didn’t have any topic override any of the others. He discussed family, personal relationships, former jobs and his upcoming movie that actually does not exist.

Throughout the show, Lawson’s likeability was clearly on display. As he weaved through each segment of the show, he was careful not to isolate nor alienate anyone in the audience.

Heidi Kirbirsky, a long time fan of “America’s Got Talent”and director of marketing at the Wolf Trap Foundation for the Performing Arts, highlighted the engagement and wide appeal of Lawson’s comedy as what drew her out.

“For me, it’s hard to sometimes like comedians,” she said, “He’s someone that everyone can laugh with and everyone will like.”