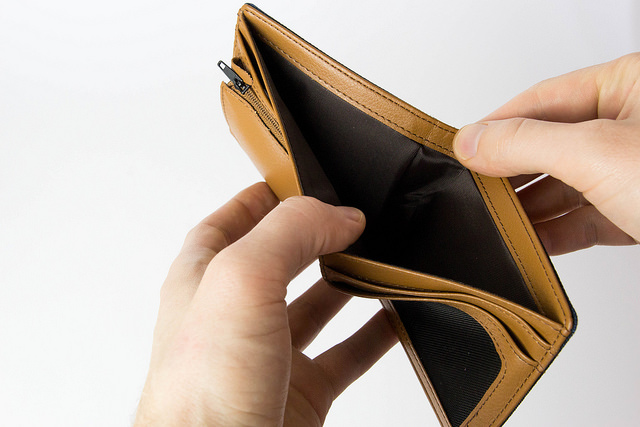 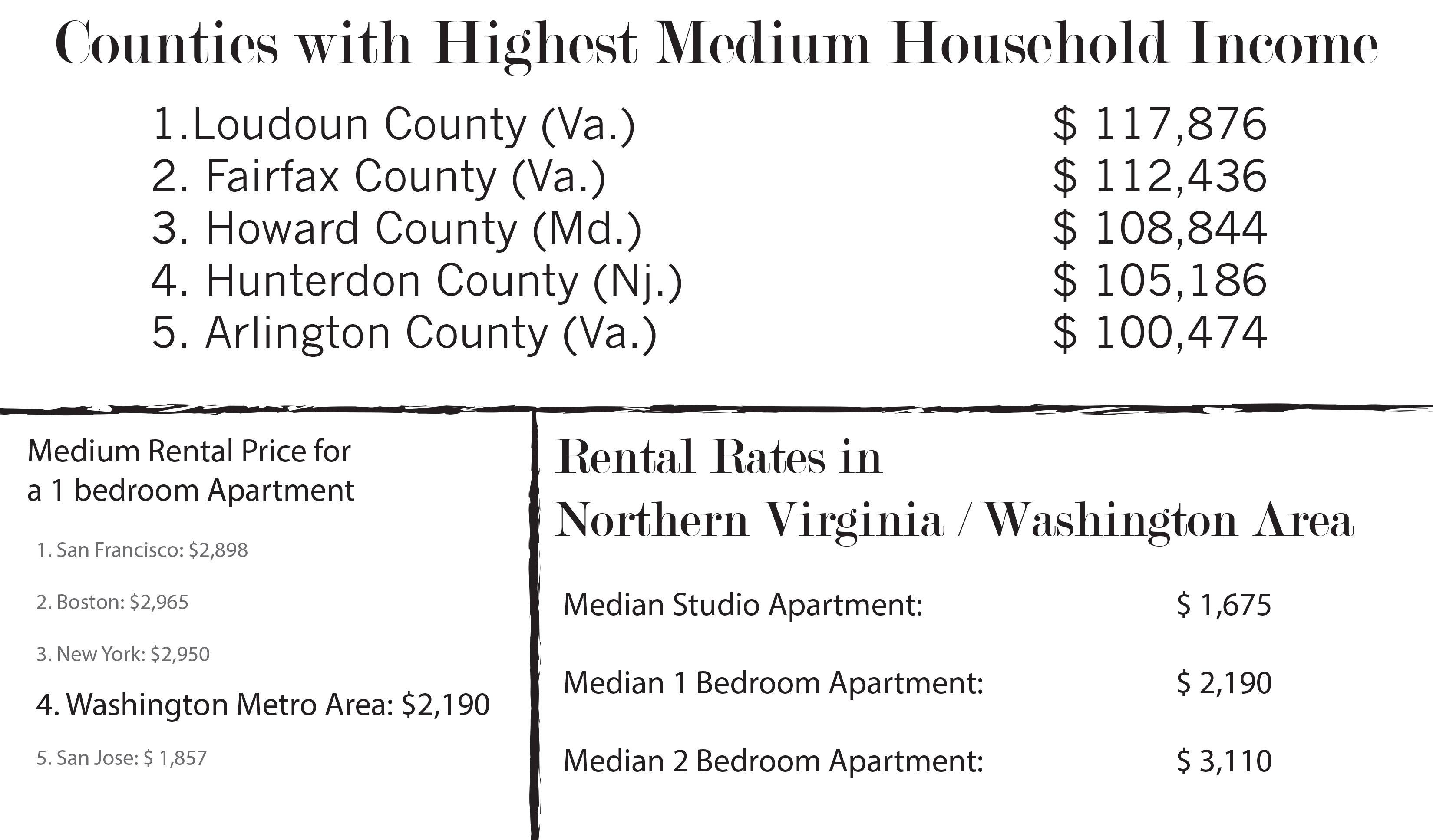 Being a college student is not easy. That is not an original idea. Across the country, millennial students are calling attention to the hardships of working full time to merely scrape by among the rising cost of tuition, fees, and textbooks, not to mention food, rent, bills, car payments and other financial necessities, all while balancing their educational pursuits.

Having grown up in a middle-class family in Richmond, I’ve never had to deal with living paycheck to paycheck or being in debt. But living in Fairfax has given me a larger perspective on this pervasive issue. For the last several years, I have struggled to make ends meet living on my own, and I’m certainly not alone in that.

Though my parents help where they can, assisting partially with my off-campus rent and footing my tuition bill (which is primarily funded by my Pell Grant and loans), I’ve never had a savings account, and I often can’t afford groceries or gas until my next paycheck comes—and you can forget about a parking pass. If I can still struggle this much having come from a background of privilege, this system cannot be sustainable for those who haven’t.

It’s no secret that many students are forced off campus due to the constraints of dorm living at Mason. And without generous help from your family, paying rent in Fairfax is an absolutely overwhelming task. 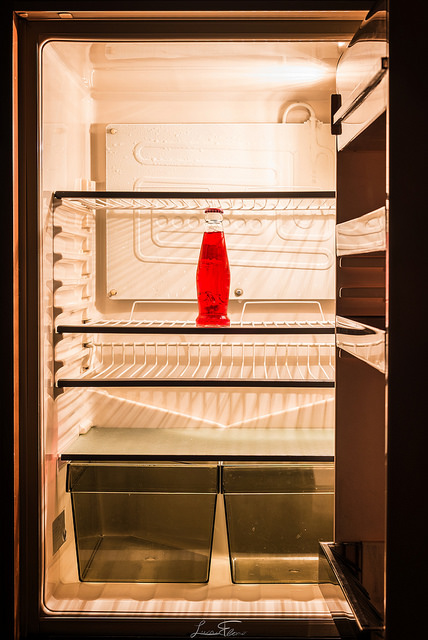 I currently live in Burke, where my rent is a blessed $465/month (plus utilities) because our landlord opted to live in the basement and cut us a discount. Before that, I lived in a house right behind Merten Hall—or rather, a room in a basement annex, where I shared a bathroom with three other students, had no kitchen, had little ventilation and dealt regularly with mold, spiders and insects of all sorts. The rent there was $560/month, which was also a “discounted” rate, and it was an extra $20 for every day it was late. Living there did wonders for my mental health.

Although my current townhouse is a better deal than much of the county, my roommates and I had to fight for it. In the last week of July, we were all set up for another townhouse down the street, when the landlord there decided he was too nervous to rent to students and demanded several months’ rent and a cosigner up front, which was simply impossible for us. Our realtor informed us that this is a form of discrimination and is not allowed in D.C. Virginia has no such protections.

We were lucky to find another listing on Zillow in the same day, but our townhouse would not be affordable without the deal we cut with our landlord. At the same time, I’ve known students here who have crammed up to seven people into smaller townhouses and still paid $700/month each. The legal max occupancy for a non-family residence is four.

Loudoun and Fairfax County are the two richest counties in the U.S., as per worldatlas.com. Arlington is number five. The greater D.C. region ranks 4th for average rent of a one-bedroom apartment, above other major cities like Los Angeles, Miami, and Seattle—that number is a staggering $2,190.

Throughout Mason, many students, including myself, live paycheck to paycheck, piling on student loans and credit debt, eating poorly, missing rent and losing utilities. Some students are even homeless at times, and rent is only going to go up with the new Amazon headquarters and whatever other exciting projects Mason has in the works that will increase the property value.

So what is to be done about systemic student poverty at Mason? For starters, student wages need to go up in a major way. The “Fight for 15” has been grossly abused as a political tool for both parties, whether it’s the Democrat compromisers trying to verbally appease the growing populist left, or the Republican reactionaries crying “Socialism!” at every New Deal-esque Bernie bill.

But it’s not politics—it’s survival. Virginia is one of a handful of states still at the federal minimum wage, which is $7.25/hour and $2.13/hour for tipped employees. Especially in an area as expensive as Fairfax, a $15 wage is absolutely necessary for students trying to get by. As a major employer of those students, Mason is responsible for delivering it.

According to President Cabrera’s own biography, Mason accounts for nearly half of Virginia’s public universities enrollment growth in the last decade, yet tuition continues to rise while on-campus housing becomes more rare.

If Mason subsidizes off-campus rent, I couldn’t find any information about it. Although they allow you to calculate off-campus living in your financial aid package, heavier loans are the last thing any of us need, and scholarships often aren’t enough, especially considering that they don’t take the form of a check handed to your landlord each month.

Student wages at Mason are mixed. I’ve worked normal waged jobs on campus that range from $8.50 to $9.50, and work-study jobs that pay $11. However, work study is tricky, as there is an imposed limit on how much you can make in a semester, not to mention that many students are not eligible due to their family income. 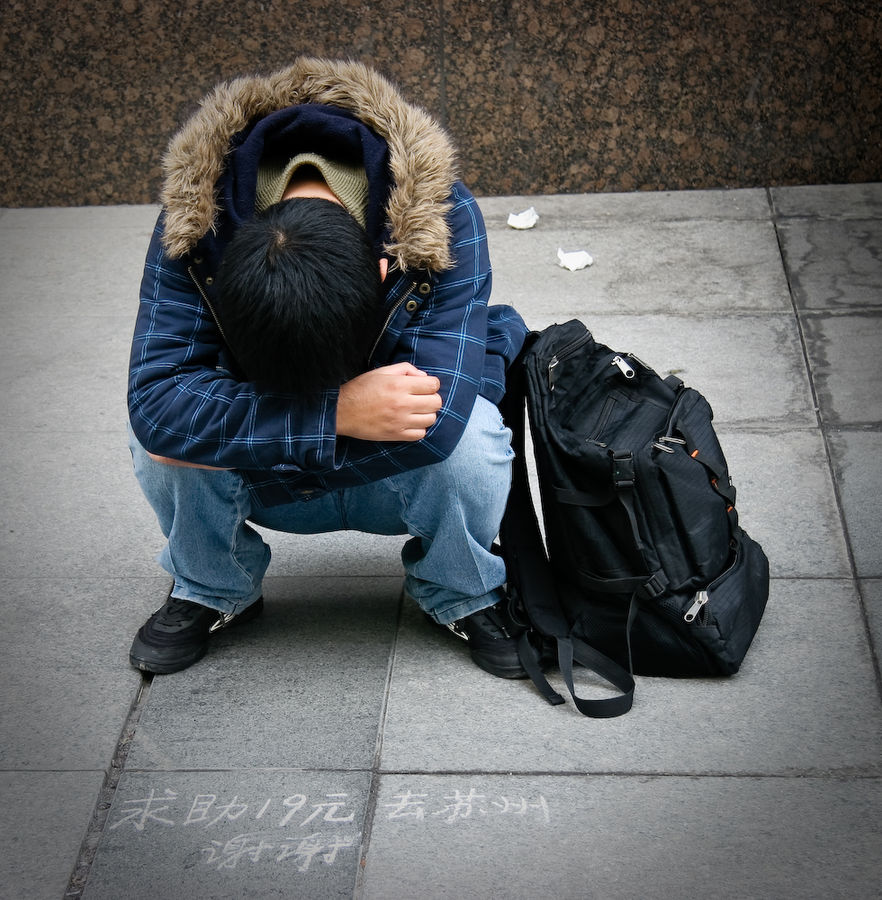 In my current position as Editor in Chief of Fourth Estate, I get paid via scholarship per issue from the school, which goes from my student account to my bank account through direct deposit. It is the most money I’ve made at Mason. However, with the 30+ hours I put into this job per week, I don’t quite make minimum wage. That isn’t the fault of Student Media, so much as the school’s idea that the other editors and I shouldn’t be paid a real wage because working here is an “educational experience.”

Aside from raising student wages across the board, Mason needs to help directly with student poverty. Maybe next time instead of taking a salary increase for the president or throwing more money at sports, we should create a direct rent subsidy program or increase wages. Maybe next time instead of taking $5 million from Charles Koch to further expand the economics department, we should solicit donations to pay for new affordable student housing and loan forgiveness. Maybe when we tear down dorm complexes, we should have contingency plans for when half a class has to move off campus. Maybe if you can’t afford to keep your students healthy and above the poverty line, you can’t afford to run a school.

This article doesn’t really even account for those students who actually pay their own tuition out of pocket. I’m not saying we all need mansions and Corvettes, just that we shouldn’t need to think about where our next meal is coming from or whether or not we’ll be homeless while we’re taking full time classes. So maybe, just maybe, public education should be free, so that students who can barely afford their rent can get the degree they need to lead healthy and happy lifestyles.

Why I and Most Other Students Hate Construction