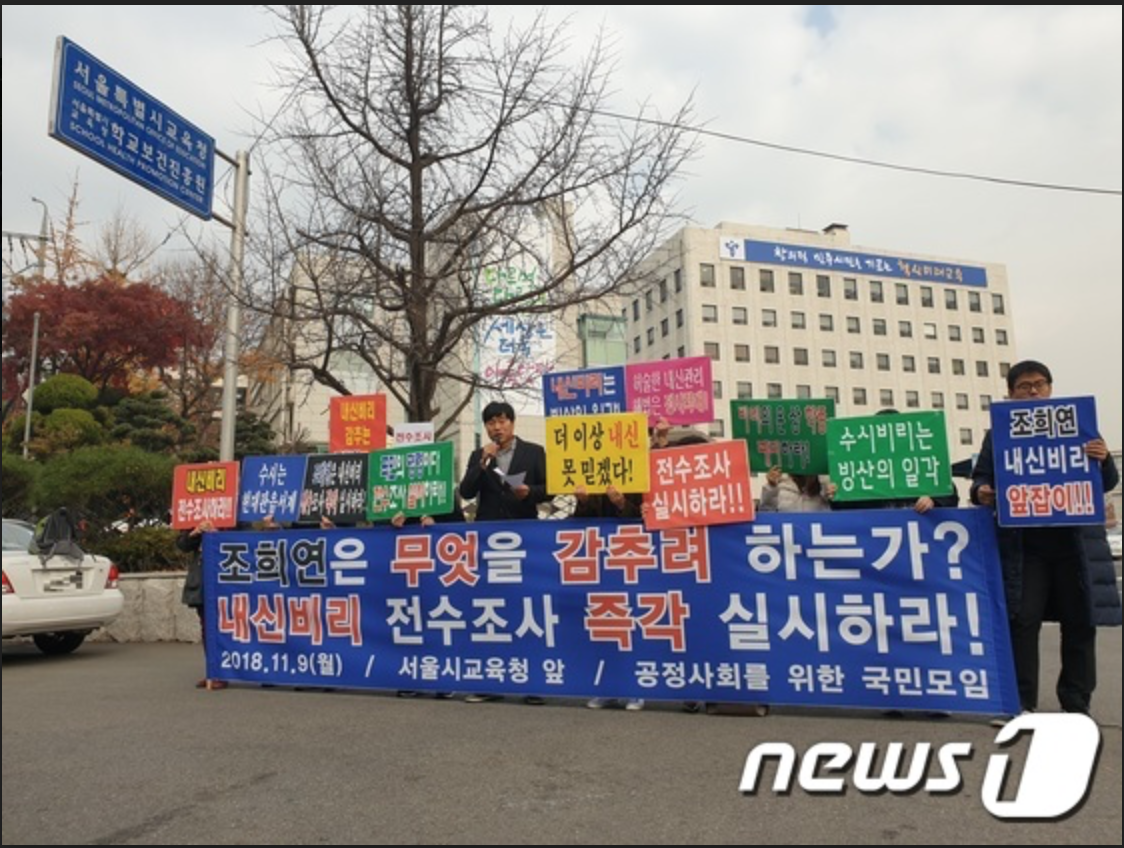 On November 6th, the Seoul Central District Court arrested a teacher, surnamed Hyeon, who is a senior school administrator at Sookmyung Girls’ High School, for suspicion of allegedly leaking the exam questions to his 11th grade twin daughters. The police suspected the twin’s father since he had stayed alone late at school several times. After the final exam results for the spring 2018 semester were revealed, both of the twins ranked first in each of the entire liberal arts / science divisions in their junior year, which was a great leap from previous semesters.

On their very first semester of high school in spring 2017, they ranked 59th and 121th, but suddenly shot up to 2nd and 5th in the following semester. The rapid rise made one teacher from the high school to feel suspicious. To relieve his skepticism, he tried to investigate the situation when he was in charge of creating the chemistry exam in fall 2018. He purposely input the wrong answer to only one question, like a trap investigation, which was later corrected after the midterm test. As a result, Hyeon’s daughter was the only one throughout the entire 11th grade to write the exact wrong answer on the chemistry test.

The Suseo district police in Seoul have forwarded the evidence to the prosecutors of the Seoul Central District court, which announced in a press briefing that Hyeon had leaked the test information to his daughters over five times, from June 2017 to July 2018. During a probe investigation in their house and high school, additional evidence such as exact answers for English tests on their phones and a set of multiple choice answers written on the actual calculus test paper were found.

Following this case, the controversy circling Susi, or “early college application method” in Korean, has resurfaced. As susi is mainly based on grades and extracurricular activities within the school, it has been under fire for biased evaluation methods from certain teachers. Ultimately, this incident from Sookmyung Girls’ high school instigated parents to urge for the college application process to be based on 100% Suneung scores, which is the Korean Scholastic Ability Test.

After the arrest, the high school has decided to change the twins’ test scores to zero and to fire Hyeon. Despite efforts to persuade the twins and their father to admit their allegations at the warrant’s validity investigation, they are completely denying charges and even making contradictory statements through their lawyer.