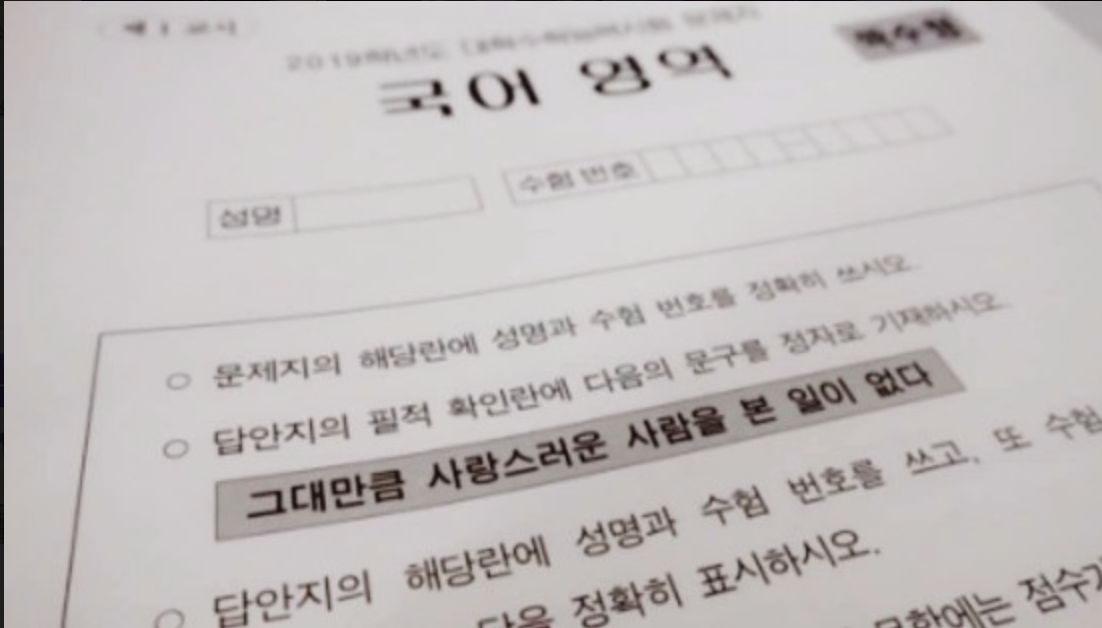 On a special Thursday in November, South Korea stops. Airplanes do not depart, most of the workforce’s call times are delayed, and traffic is non-existent in busy cities. The only ones who are moving around are Korean high school seniors, waiting to take arguably one of the biggest exams in their life: Su-neung. This year’s Korean College Scholastic Ability Test (“KCSAT”), better known as “Su-neung”, was held on November 15.

The rate of Koreans going to college, which is nearly 70 percent, is the highest among OECD countries. Therefore, university admissions have become a natural social practice and tremendous meaning in South Korea. This tendency has also led to the so-called “Su-neung culture”. This culture is evident in the families, schools and society of South Korea. 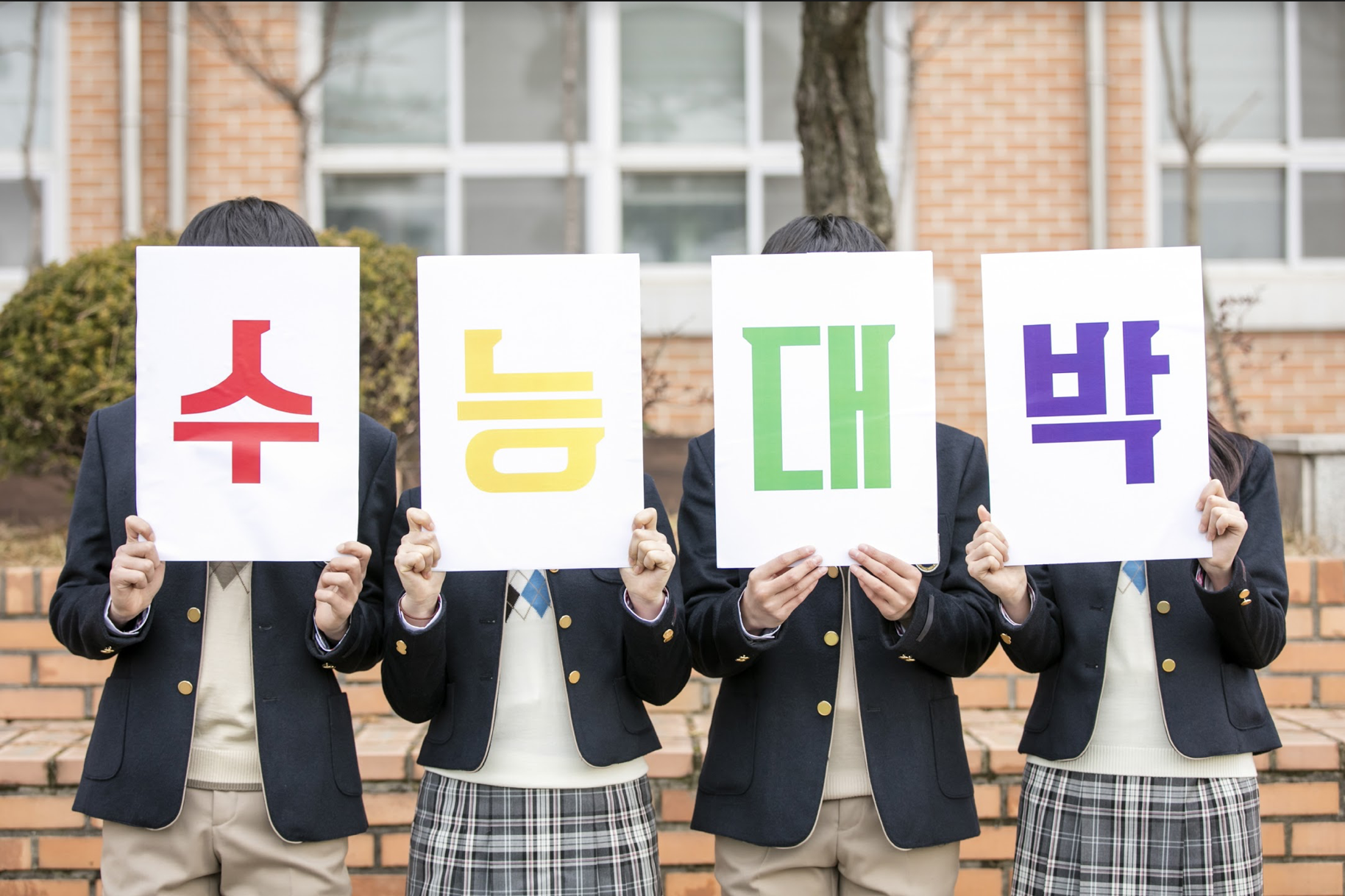 Families treat the test takers with the absolute utmost care for one year before the big day, and sometimes all the life patterns and styles of an entire family revolve around that of examinees. The high schools offer different curriculum, learning places and hours for the seniors, or “Go-sam”. The juniors prepare food and materials, such as sticky rice cakes and taffy, and paper towels. The sticky snacks symbolize the hopes to “stick” to the exam and pass it. As paper towel rolls come loose smoothly, it carries the hopes that the exam will flow easily. Also, the junior students prepare numerous events, such as cheering for the seniors by offering warm tea and candies at the test sites.

On the day of the test, about 800 emergency vehicles are provided for students in traffic, and the morning rush hour is delayed. Police motorcycles are there for test takers who are worried about being late and parking is not allowed in the radius of 200 meter around the test site. Especially, Korean airplanes cannot take off or land during the English listening test. Finally, after the exam, various companies and social organizations prepare events for the seniors. All kinds of items such as movie tickets, cell phones, and restaurants are vastly discounted only for them. 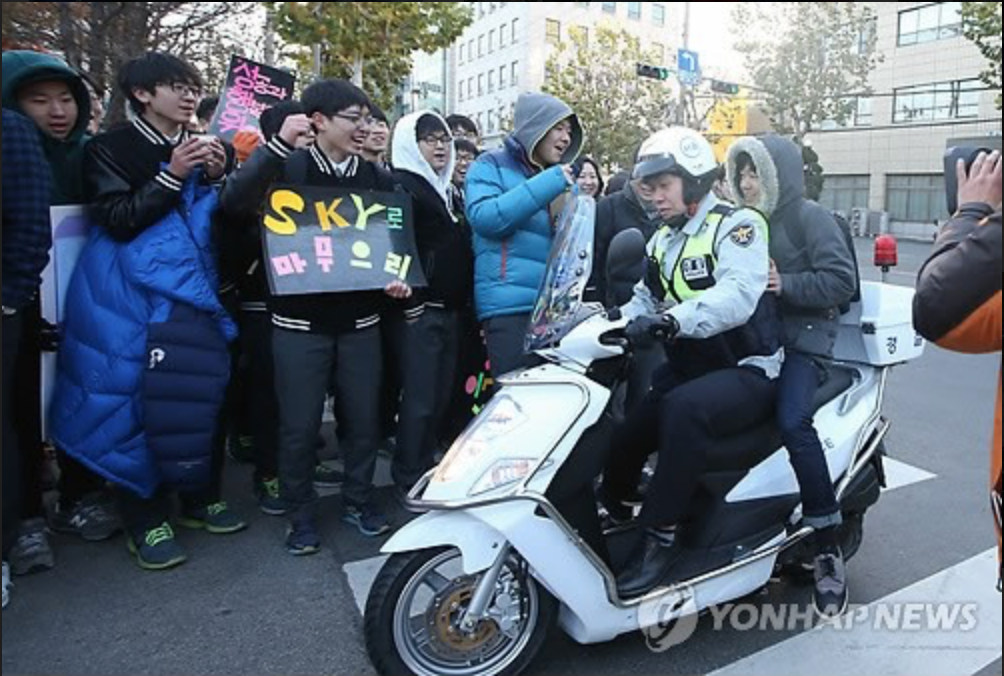 It seems that the warm culture of caring the test takers is beautiful and heartwarming, but the reality of Korea, which had to develop such a culture, seems tragic on the other hand. It is said that the reason why the KCSAT is on Thursday, not Friday, is to check their survival of the students on Friday. Due to the result of KCSAT, many students become frustrated and in extreme cases, they commit suicide. In this regard, it seems that this year’s “handwriting confirmation letter of KCSAT,” which is done to make sure there are no substitutes in the test, was designed to commemorate and praise their twelve-year efforts preparing for a single exam: “I’ve never seen anyone so lovely as you.”