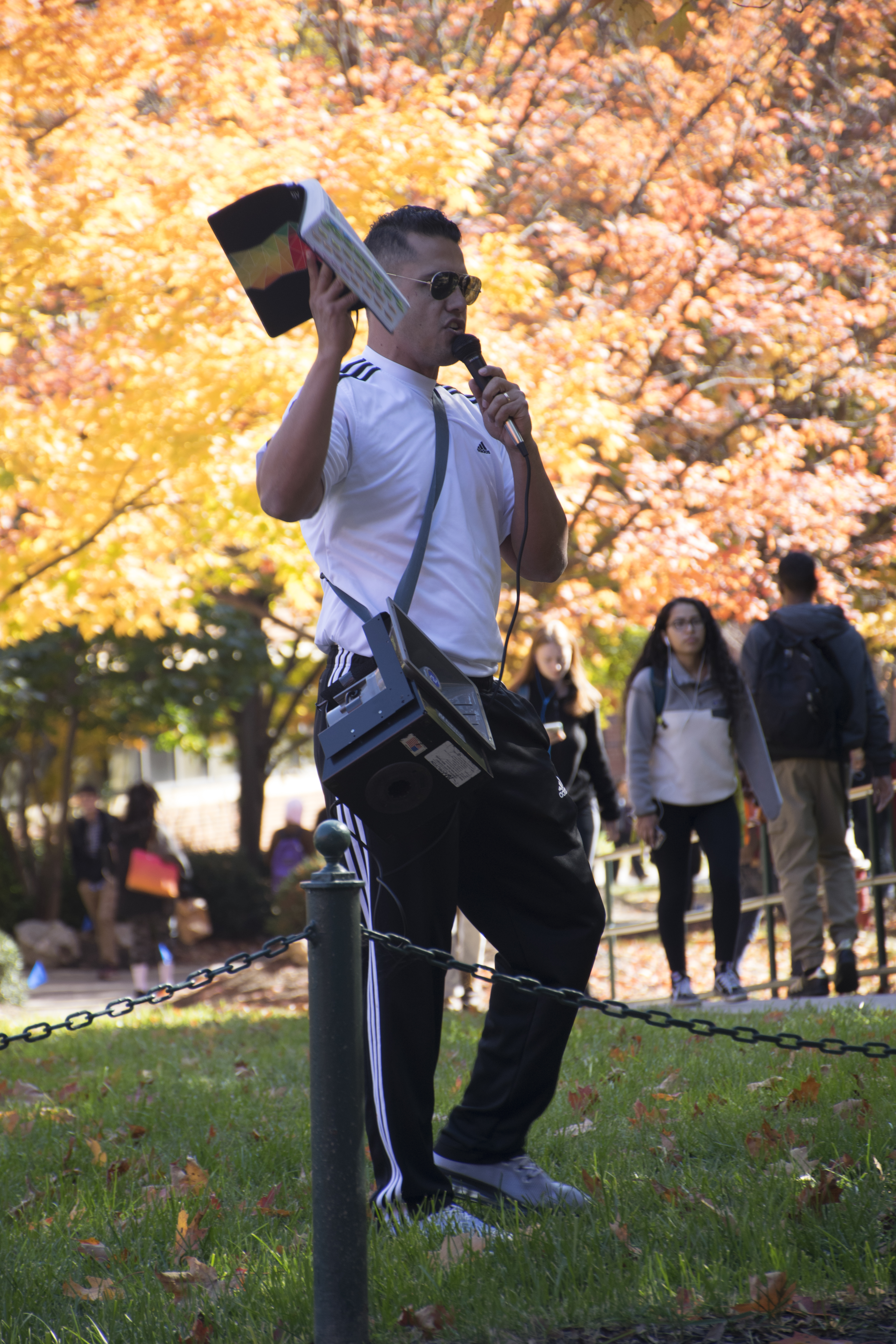 Pina, founder of the evangelist group D.C. for Jesus, has been a consistent figure preaching at Mason. Every Tuesday, he shares his interpretation of the Gospels for all who pass by the Johnson Center.

Some Mason students have expressed disapproval of his rhetoric and wish to see him banned from campus. However, Mason is a public university, allowing Pina to freely express his opinions on campus.

As a result, students such as sophomore Aaron Grossman have resorted to other methods of protest. On Tuesday, Oct. 30. Grossman set up his miniature drum set directly across from Pina and made his presence known.

“It would probably take light-years for me to piece together a solid argument against what he’s doing and what he stands for, and I will admit I do feel bad for that,” Grossman added. “But maybe playing drums is my way of arguing.”

Pina is familiar with this form of student response. “The controversy is to be expected,” Pina said. “The Bible says that we have become rebels, enemies of God, and that we want to walk away from God because we love our sin.”

Regardless of the feedback, Pina still sees the benefit of sharing the Gospels. In his words, “[The Bible] is like surgery. It’s painful. It hurts … but there is relief from whatever sin you may be addicted to or enslaved to … It’s a war for the souls of men … Wars are messy.”

Pina asserted that he is open to new ideas. “I listen to student feedback,” Pina said. “I’m not there just to preach to them. I take questions and I ask for feedback … I want them to know that I care about them. I have changed my approach many times because of the feedback I’ve received.”

“I didn’t mean to be disrespectful,” said Grossman. “I don’t want to debate with him. If I was doing any debating, it would be through playing drums.”

Why Don’t You Just Meet Me in the Middle?