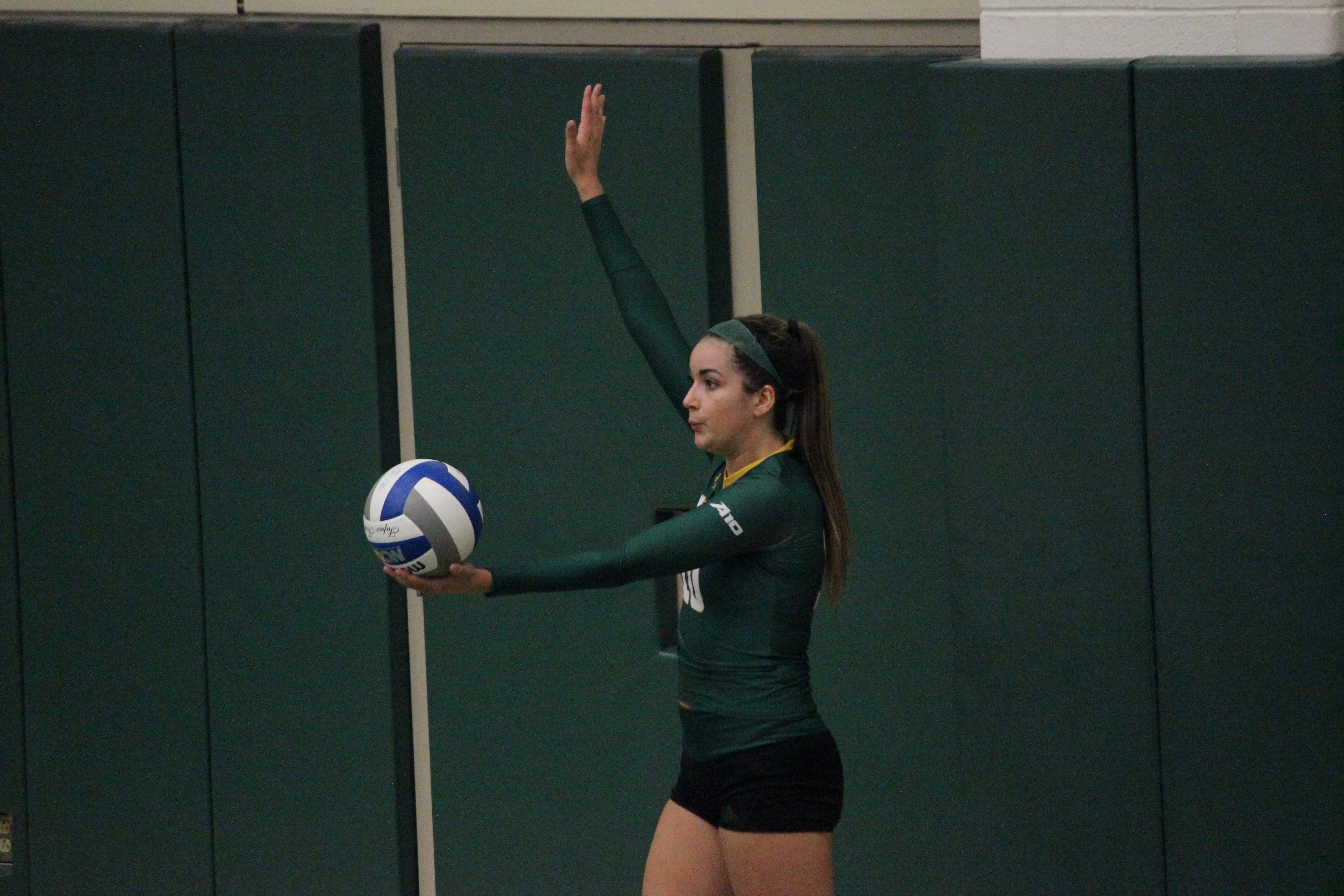 Senior Catie Espinoza speaks on her impact of women’s volleyball

It doesn’t take much to make someone smile. The smallest joke, or even smiling first, makes an impact on your teammates in any moment, especially in the most difficult times. For senior women’s volleyball player Catie Espinoza, she finds herself in this role for women’s volleyball.

“I want everyone else to be excited,” said Espinoza. “The more excited I can be playing the whole time, my teammates look at that and mirror it. Especially when things aren’t going our way, I try to find something or make a quick joke to get someone to smile and make it seem like it’s fun. I like to bring some energy, and I think that helps us get on runs and win matches.”

While she is a role model on her team, Espinoza also excels in the sports she loves.

Coming from First Colonial High School in Virginia Beach, Virginia, Espinoza collected many accolades and even lead her team to the state championship. 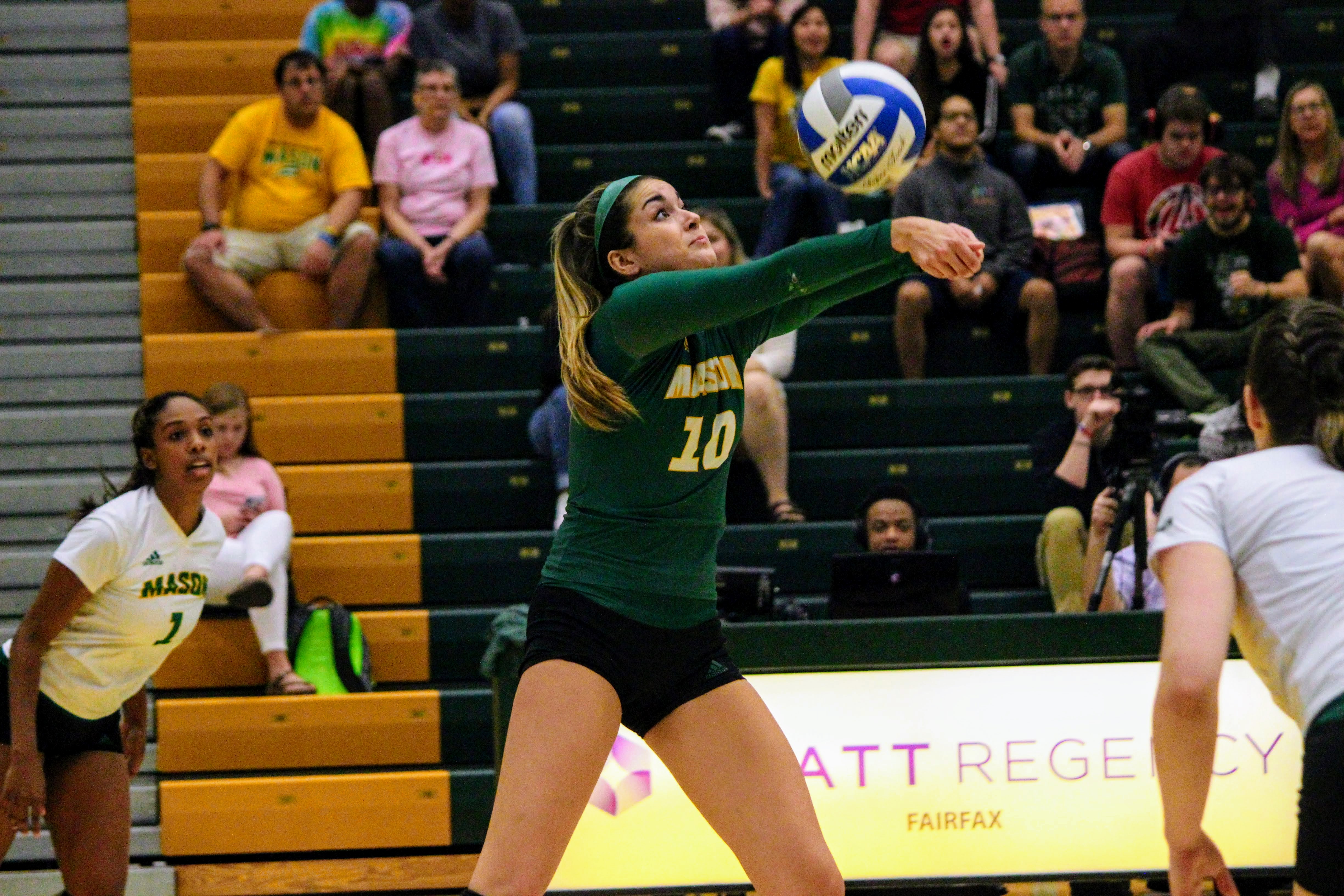 After her seasons at First Colonial High School, which was also home of the Patriots, Espinoza joined the Mason squad in the fall of 2015.

During her freshman year, Espinoza had trouble connecting with the upperclassmen on her team, so she made it her goal to change that when it came her turn to lead the team.

“Whatever freshman year that she had with the seniors, and with them being scary, she was like ‘that’s not going to happen with us,’” head coach Aylene Ilkson said.

“I always wanted to be the person that the underclassmen could go to, and not have it be so scary [in] their first semester… my freshman year was a whole different experience… I wanted to be a friend,” said Espinoza. “I think that I’ve accomplished that.”

Through her first two years starting as an outside hitter, Espinoza recorded 619 digs and played in 205 sets over a span of 55 matches. This includes a career-high 46 dig match against Davidson back in 2016.

However, during her junior year, Espinoza was converted into a libero to aid the back row of the squad.

Ilkson stressed the importance of the libero position in volleyball stating, “When you have a libero, it needs to be somebody that you can count on day in and day out and if they’re playing [inconsistently], that just destabilizes the whole back row.”

“[I]t was interesting because I had watched film on the team before I got here, and everyone had said that Catie’s this outside hitter they changed into a libero,” Ilkson said.

When Ilkson arrived she expressed to Espinoza her role in the back row stating, “I think when I got here, it was… like, Catie if you’re going to anchor this thing, we better figure this out on how you work and how we need to work.”

Ilkson continued, saying, “It was nice that [she] is very easy going and a good fit for me to come in with, [in] her junior year, so that we could build upon her leadership.”

In her junior and senior seasons, Espinoza has recorded a total of 814 digs and counting. In 2017, Espinoza recorded her thousandth career dig, becoming the fastest Patriot to reach the milestone.

This season, Espinoza recorded her 1,278th career dig to become the program leader for most digs, breaking a record that stood for almost 25 years.

“It means a lot — I never thought I would accomplish what I have coming here, but I don’t even really think about that when I enter a match, those individual accomplishments, but [rather] doing my job for my team and them doing theirs. When they do that it makes my job a whole lot easier, so with that comes individual recognition… but I’m not done yet,” Espinoza reflected. 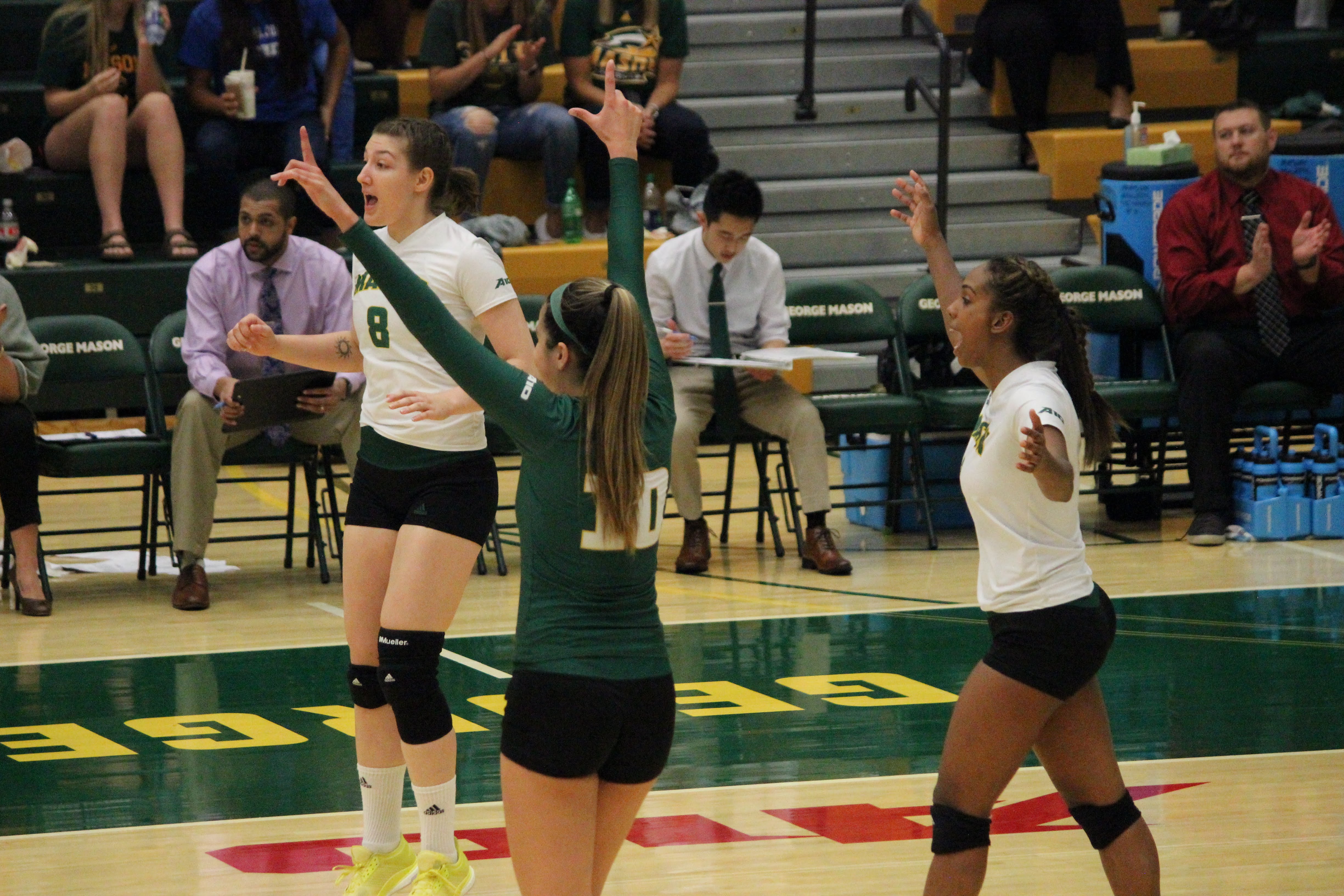 With a record current of 8-12 overall and 6-4 in conference play, the Patriots look to capitalize on their momentum as they finish their season to secure a spot in the Atlantic 10 Championship.

“We need to work together, and we’ve already accomplished so much. So the second half of the season we just have to push through, but I think we can do it,” said Espinoza.

“It’s a really special team, we have a lot of young players and their mindset is the same as ours that they want to win and change our program… I’ve never been to the conference tournament here, so I definitely want to go before I leave, so this would be the year to do it. I think we can [make it to the tournament], and I think we can go far.”

On Nov. 2, Women’s Volleyball will take on Davidson at 7 p.m for Senior Night.