Clark Gronek’s journey to the limelight

One of the most universally known rules in soccer is that players are not allowed to touch the ball with their hands. However, for senior goalkeeper Clark Gronek breaking that rule is how he became a goalie.

“They put me in at goalie because I kept getting handballs, and I liked that a lot and I liked using my hands,” he said.

Gronek, an Ohio native from Shaker Heights, began playing recreational soccer at the age of six because “at that age, everybody plays soccer no matter where you are.”

He also played baseball growing up. “I played catcher in baseball so it was kind of similar and I’ve just always had that kind of role position in catching.”

Before seventh grade, Gronek gave up playing baseball for soccer. Feeling that soccer was more promising, Gronek joined a club team that he continued to play on until coming to Mason.

Gronek continued to play at a high level through high school, including winning a state championship his senior year. He described his high school team as a powerhouse, but one that had been in a slump during his first three years there. 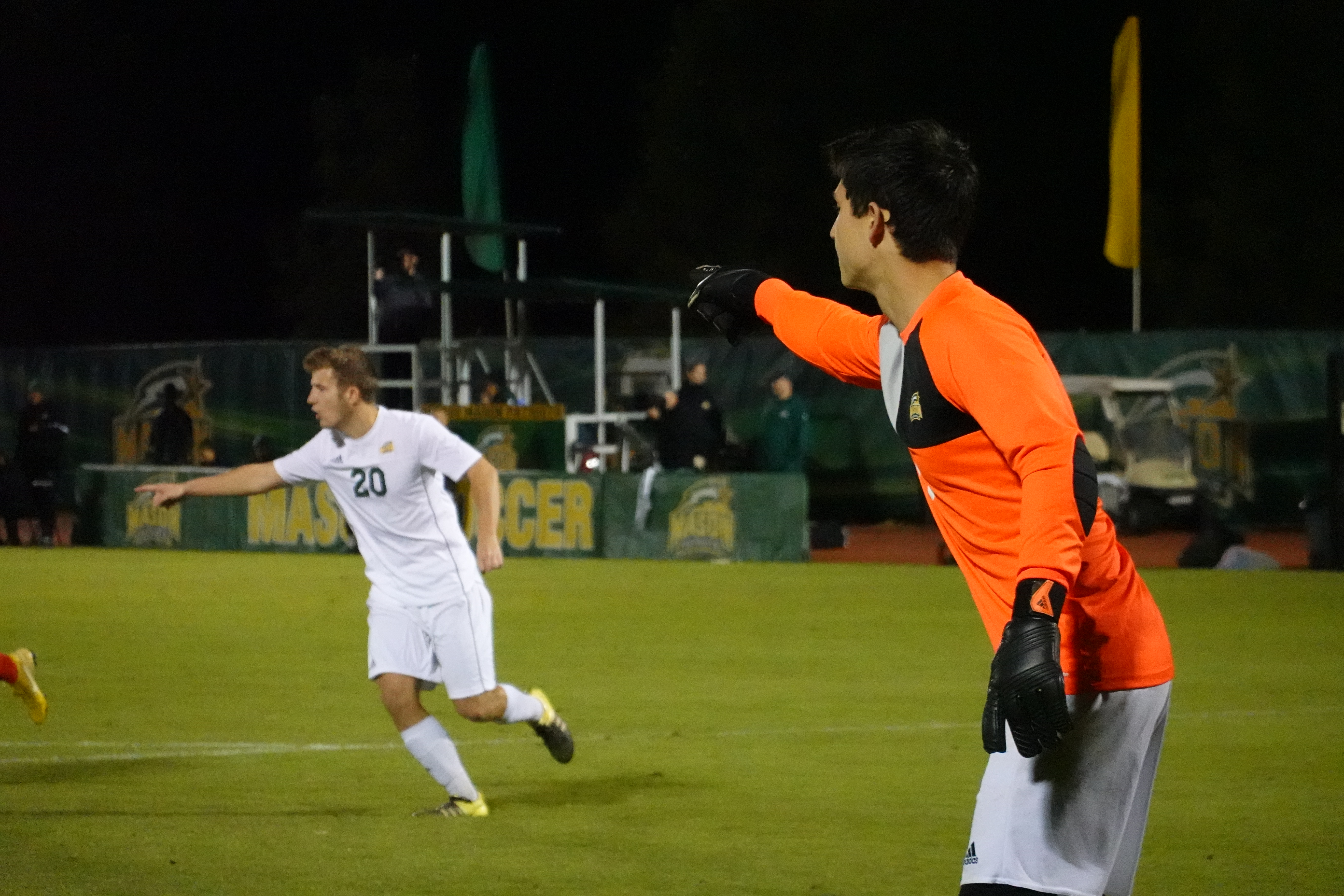 “To go out like that, a State Championship in my last year, was really cool to get back to where we were (sic),” he said.

However, the state championship is not Gronek’s favorite soccer memory. That title is held by a Midwest Regional Semifinals game he played in while on his club team. The game was a rematch against a team they had already played that season, one that was much better than theirs that came down to a lengthy set of penalty kicks.

“It was crazy, it was easily the best soccer moment I’ve had.”

After all the players had gone through the rotation, Gronek was forced to shoot a penalty kick. He converted his penalty, giving his team the lead, and stopped the opposing goalie’s kick in the process afterwards.

The next step in his soccer journey was Mason.

However, he didn’t play a minute in his first season at Mason. Or his second. Or his third. However, this not out of the ordinary when goalies come in behind other players, as it is not a position that is often substituted out.

Gronek almost left after his first semester when he received an offer from the College of Charleston. He made the decision to stay because he thought that Mason would be worth it in the long run. Reflecting on it now he said, “Yeah, I’m glad I stayed.”

Not playing did not seem to phase Gronek because he knew his chance would come. “I really enjoyed training every day,” he said.

“As a goalie, training to me is a lot more fun than games,” Gronek stated.

“I was having a lot of fun training every day and doing drills, playing at a high pace, high level with all the guys. And I felt myself getting better.” Aside from the tangible soccer skills, Gronek said that the experience taught him patience and that when you put the work in it will pay off, something he believes applies to preparing for his career after college as well.

“It’s hard to keep that attitude though, hard to tell yourself this will pay off eventually because in the moment you’re not too happy but if you just keep going you know that it’ll pay off,” he stated.

It did pay off. After an injury to one goalie and another left the team, Gronek found himself starting his first collegiate game on Sept. 8 against Gardner-Webb University. However, instead of letting it affect him, he treated it like any other day.

The game against Gardner-Webb was also Gronek’s favorite so far. The game, a 5-4 Mason win, was one that Gronek described as “probably one of the most intense games that I’ve played in because it was a very high scoring game, very high tension, very aggressive, in the rain just a very intense game.”

He continued saying “and I like those because I like high-intensity situations because that keeps me active, keeps me not bored, it keeps me in the game. [T]o come out with a win in a high-stress game is the best feeling.”

In the ten starts Gronek has made as of Friday night, he has gone 5-5, allowing 1.87 goals per game. His first save came in the game against Gardner-Webb, and he recorded six saves on Oct. 20 in the team’s 2-0 loss to Virginia Commonwealth University.

When asked about Gronek’s play this season, head coach Greg Andrulis replied, “He had the patience and he waited his turn and now he’s taking advantage of it.”

“I think Clark’s legacy will be perseverance, resilience, showing up every day and getting the job done,” said Andrulis.

“Not everybody can come in as a freshman, sometimes they need time to grow and develop and again I think [assistant coach] Billy Chiles has done a great job with Clark, always keeping him ready and moving forward so when he got his chance he could do it and I think he’s done an excellent job at it.” 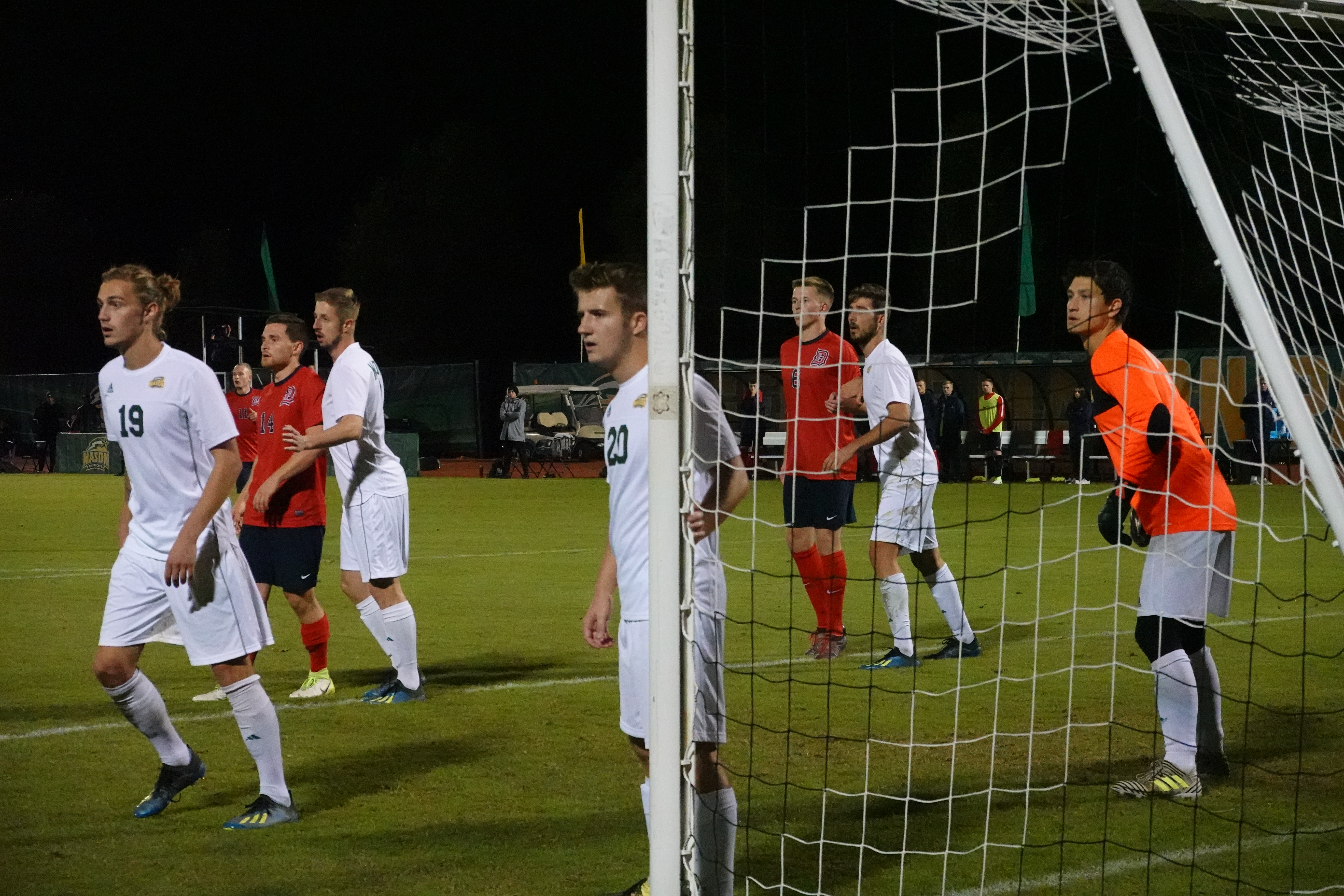 After graduation, Gronek who is a finance major, wants to go into investment banking, something for which he has used his summers to prepare.

“The stuff that he’s done in the summers are to get him ready for his future off the field,” Andrulis said. “ I think he’s a very competent person on and off the field and I think the future for him is going to be very rosy.”

Gronek and the rest of the men’s soccer team will be taking the field in their last home game this season on Oct. 31 at 7 p.m at George Mason Stadium for Senior Night.

A Run Across The Pond

You Got A Friend In Me