Mason defeated the University of Massachusetts-Amherst 2-1 in double-overtime to advance to the Atlantic 10 Women’s Soccer Championship Semifinals in Dayton, Ohio.

Prior to tonight, the Patriots had yet to play in an overtime game this season, something head coach Todd Bramble noted after the game.

“Well, it was interesting because I think in all my years of coaching, I don’t think I had ever gone an entire season without our team playing an overtime game.”

Bramble continued saying, “I was calm about it, but I just needed to reassure the players and remind them what the key things to think about when we get into an overtime period.” 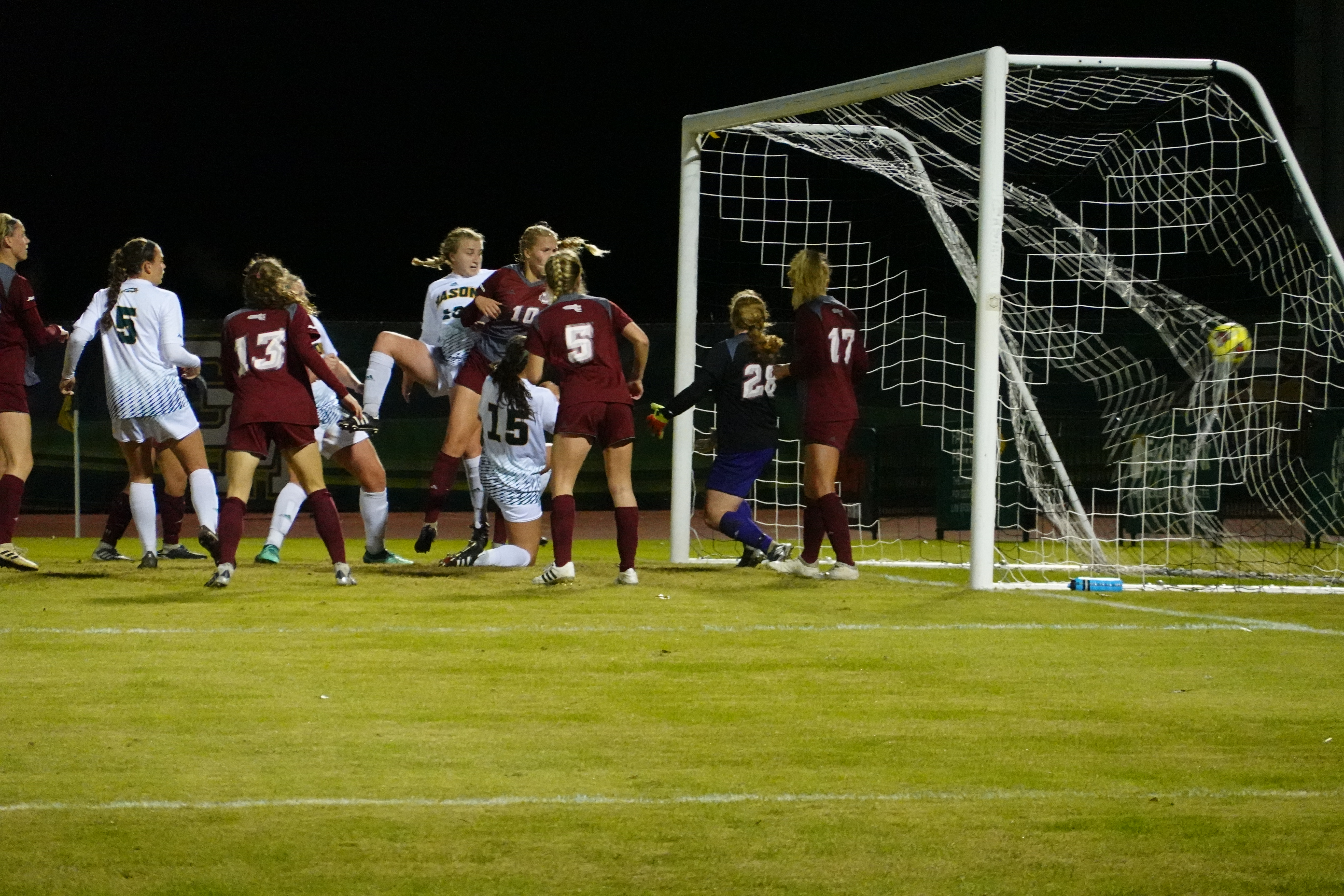 Defense proved to be the key for both teams early on in the game, but redshirt sophomore Emily Bradshaw scored first, off of a corner kick from sophomore Kayla Hamric, in the 39th minute.  Despite plenty of opportunities on both sides, the next goal would not come until the 62nd minute with the Minutewomen’s Jenny Hipp slid the ball in behind a sliding Morgyn Symmers.

As the clock hit zero at the end of regulation, the scoreboard still read 1-1 and the game moved to overtime.

NCAA overtime rules state that two ten minute overtime periods would be played, and in the case of a playoff game, if no team has scored at the end of these two periods, the game will go on to penalty kicks.

The game remained tied at the end of the first overtime period, making this the second double-overtime game for the Minutewomen this season.

As the time came off the clock, penalty kicks seemed to be looming, until freshman Emma van der Vorst decided to use her head.

Van der Vorst, who prior to this game had made five game-winning goals this season, including one against the Minutewomen on Oct. 7, stepped up again last night.

Halfway through the second overtime period, Van der Vorst scored her sixth game-winning goal off of a cross from senior Írunn Aradottir.

When asked what it was like scoring the game-winning goal she said, “I was so happy, but it was a great cross from Írunn [Aradottir], but we just kept the ball in their corner over there and we got it back again.” 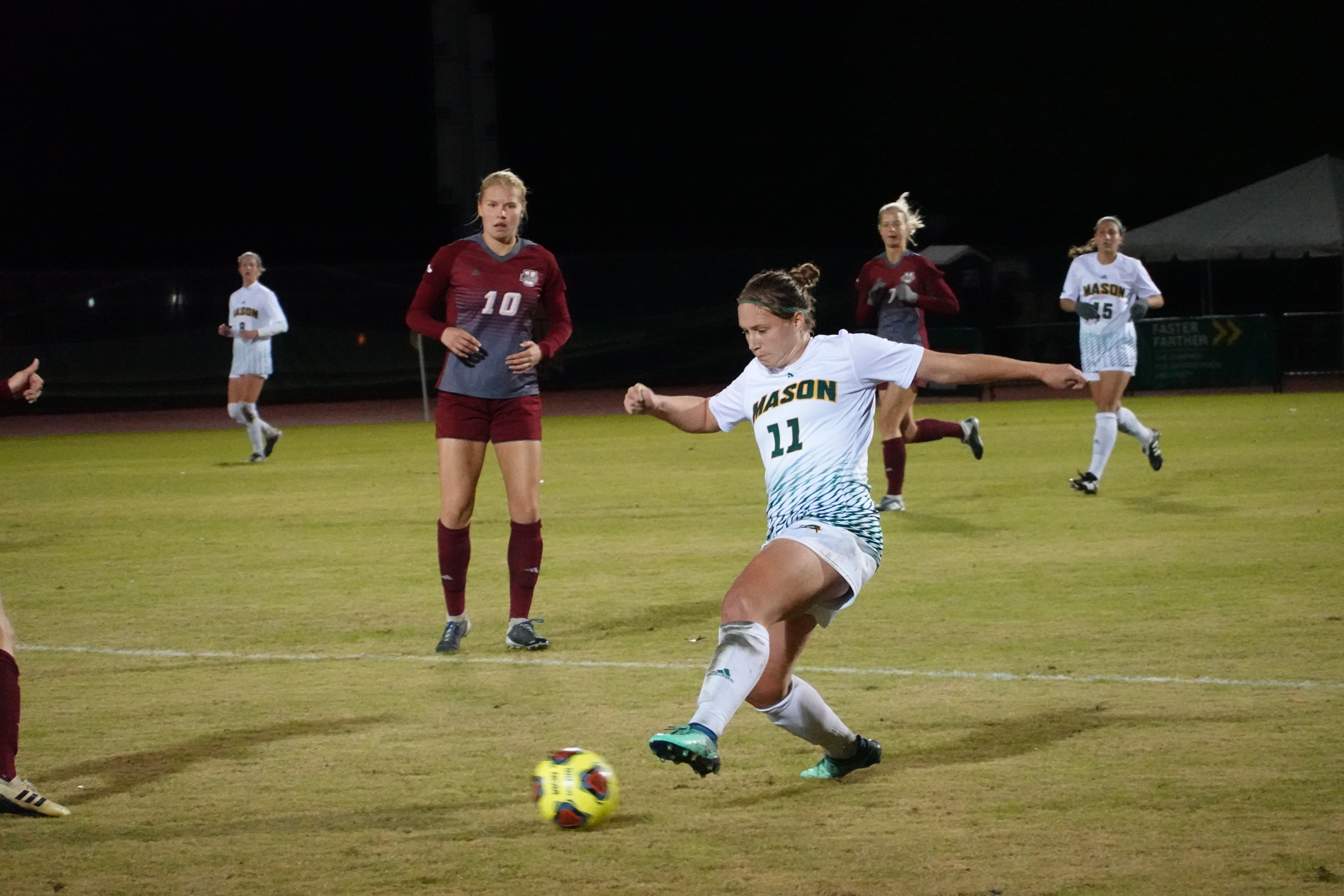 Coach Bramble reflected on what helped the team in this match saying, “I think we showed good patience and we handled the momentum swings in the game really well, and that’s what happens when you get to these playoff type situations.”

“Yeah, that’s just a lot more exciting, [when] the game ends with the ball crossing the line and into the back of the net,” said coach Bramble when describing the win.

Heading into the semifinals, Mason has won their last six matches, including eight of their last nine. This was their eighth win at home this season, finishing with an 8-2 record at home, which includes going 5-1 against conference opponents.

Mason will play the winner of Dayton University and Saint Louis University on Sunday, Nov. 3.