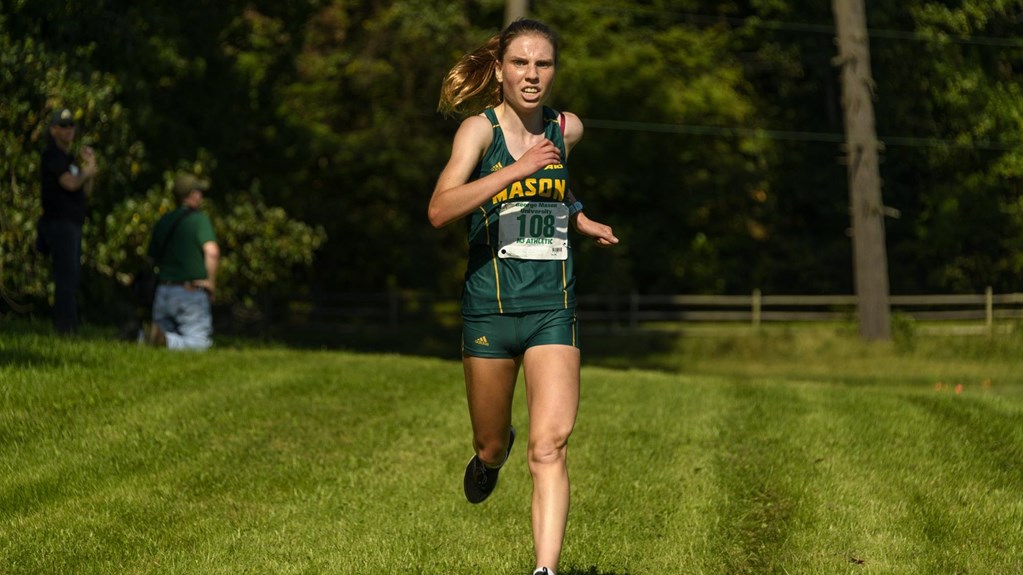 Despite being just a couple of races into her collegiate career, she has already been named Atlantic 10 Rookie of the Week twice this season. However, some might not know that her path to Mason cross country was not a typical one.

O’Flaherty was raised in Carlow, Ireland, one of the smallest counties in the country. Her upbringing was fairly calm, with her describing her hometown as a “very small community” where “not much happens.”

Growing up she played Gaelic football – a sport she described as Aussie-rules football with a round ball – as a child.

She chose to leave Gaelic football and took up running at the age of 13. Cross-country instantly clicked for her and she eventually would join the team at the University of Limerick.

O’Flaherty was recruited to Mason by assistant coach Tony Mihalich. They first came into contact in 2016 when Mihalich was on the coaching staff of the Iona Gaels.

The long, grueling task of running kilometers across rough terrain can turn off some to the sport. Nothing about cross-country seems very glamorous, but O’Flaherty relishes in it.

“The pain is something you want,” she said of the exhausting runs she goes on.

The final stretches of a cross-country race can be extremely taxing. After running around five kilometers, the racers are expected to pull out their last bits of energy and sprint to finish with the best time possible. It’s a task that causes some racers to even blow out and having their body give up on them in the final stages. O’Flaherty finds a way to motivate herself in the hardest times, though.

“The last 500 [meters], like after running five and a half kilometers you know, you might as well finish the last 500 [meters],” she said, “I think there’s an adrenaline rush that will kick in. If you blow up you blow, you just keep going. No one wants to DNF [Did Not Finish].”

While O’Flaherty has always been willing to give it her all to finish a race with the best possible time, running with a team at Mason has given her extra motivation.

“In Ireland running is very individual,” she said. “You’re tired you just want to throw in the towel if you give up it’s only yourself.”

The sophomore mentioned that running at Mason is different because she has teammates depending on her. “You’re doing it for your teammates as well,” she said.

While it may have been a long time coming the runner is enjoying her time in Fairfax.

“I really like the girls here, I’ve made good friends with them. The facilities here are great as well and that’s a nice bonus,” she said.

O’Flaherty has only been in Fairfax for a few months, but it already feels like a second home for her. She is currently working towards a Bachelors of Science in Kinesiology. The sophomore also represented Mason in the Atlantic 10 conference championship this past weekend.