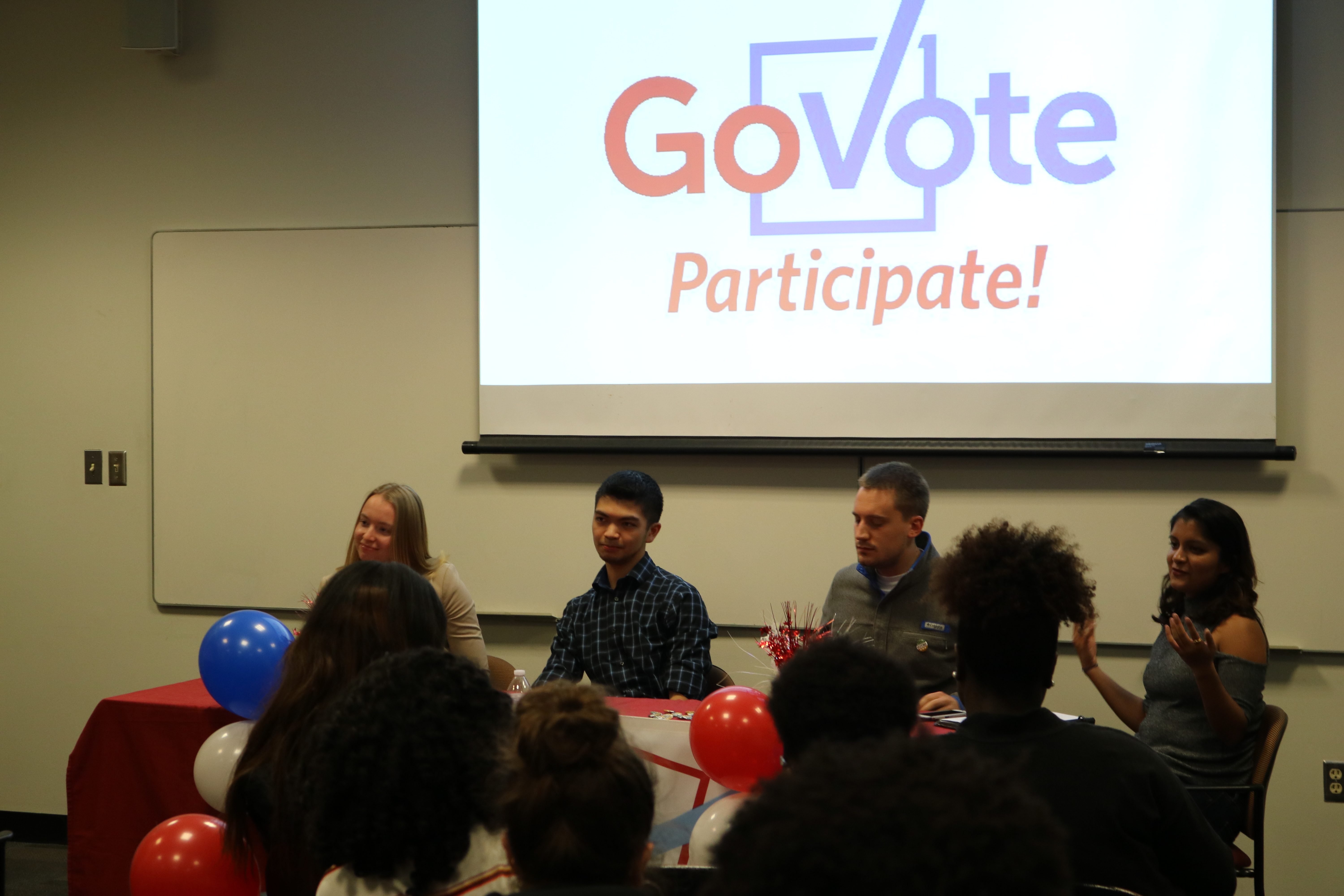 Red, white and blue balloons shouted “Go out and vote!” Thursday, Oct. 18, in an attempt to inspire students to be more politically engaged.

“This will be our second annual Know Your Vote event,” senior Cidney White said. “It all started with the huge gubernatorial elections last year because we did elect a new governor … because again that is a really big deal and a lot of people didn’t know about it.”

Polls are open from 7 a.m. to 8 p.m. on Tuesday, Nov.  6. Merten Hall is the polling location for Mason students that are registered to vote on campus. 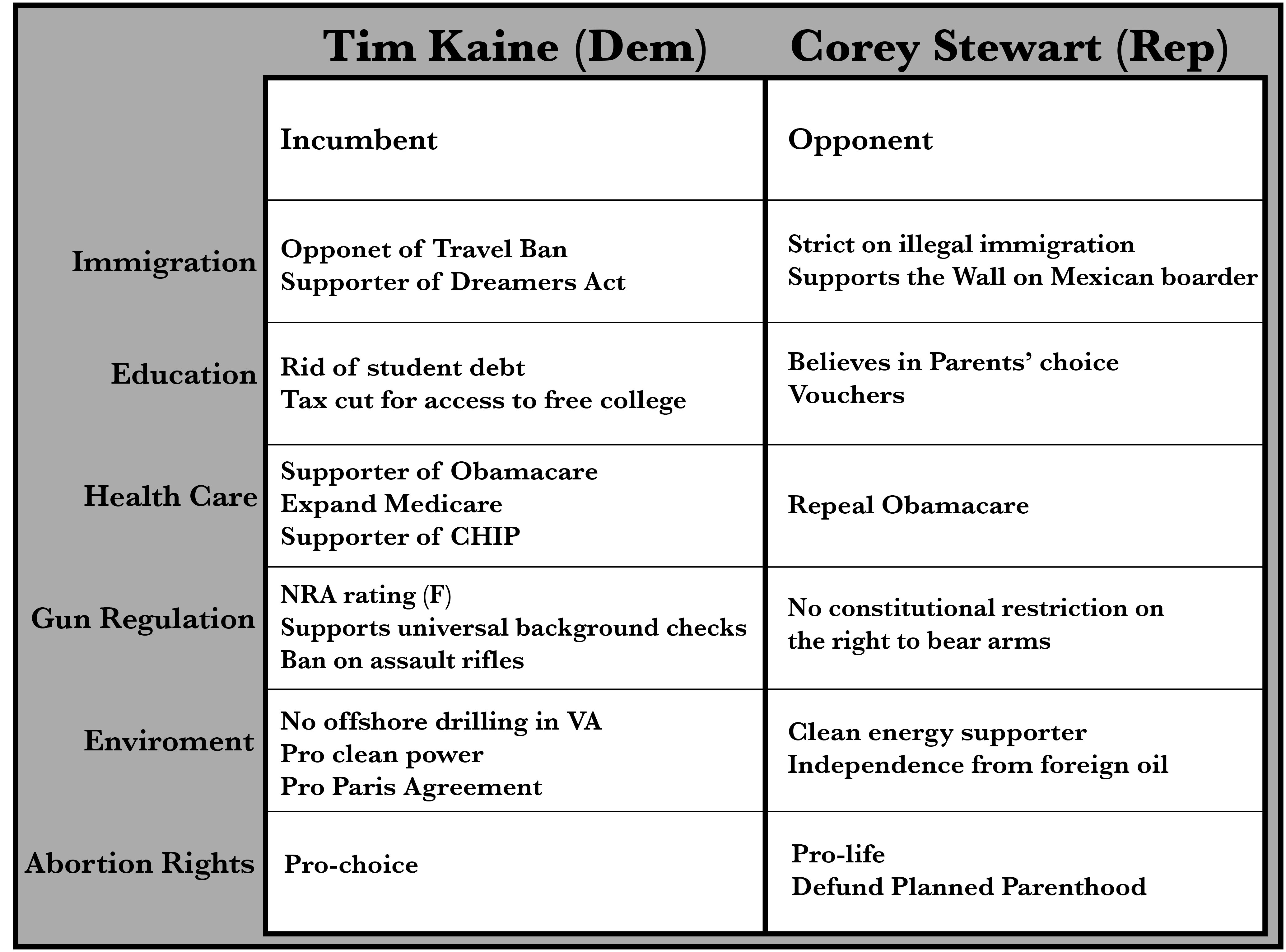 “We need to get students more aware about midterm elections because this is almost [as], if not more, important [as] the presidential elections,” White said. “A lot of students don’t know who or what they are voting for so this event is really just to educate Mason students and everyone in the community just about the midterm elections.”

The central message of the event was the need for everyone to go out and vote, to have a voice in the government, no matter which candidate you pick.

Many will recognize Senator Kaine’s name, as he was Hillary Clinton’s running mate in the 2016 presidential election. Kaine’s opponent, Corey Stewart, carried less name recognition by the audience. Independent Matt Waters’ policies were not discussed, but the audience was pointed to his website, mattwaters.com, if they wanted more information.

Sorority sisters at the event demonstrated how people can do their own investigation of candidates by going to opensecrets.org and looking up where each candidate gets most of their funding and other monetary rewards, be it from private citizens, corporations or other organizations.

Audience members were also advised to stay away from news outlets like CNN and Fox News and to use local papers instead when looking for less-biased coverage of candidates.

“I’m looking forward to explaining if there are any misconceptions people have about the midterms,” junior Joseph Fernando said.  “And just help dispel some myths … and I think that’s going to speak [volumes] when each of us [talks].”

Fernando, along with sophomore Shannon Glesing and senior Tim O’Shea, spoke on a panel about the importance of young people voting and answered audience questions on the midterms. These three students are part of Mason’s Student Government and were invited to speak by White, one of the organizers of the event.

“I just turned 18 recently, so I can finally vote,” freshman Sophia Tempio-Wilson said. “I’m excited this is going to be my first election voting … I’ve only lived in Virginia for a couple months, so I’m interested in learning more about the candidates.”

On the ballot for Nov. 6, 2018, are candidates for the U. S. Senate, House of Representatives and local positions such as town council and mayor.