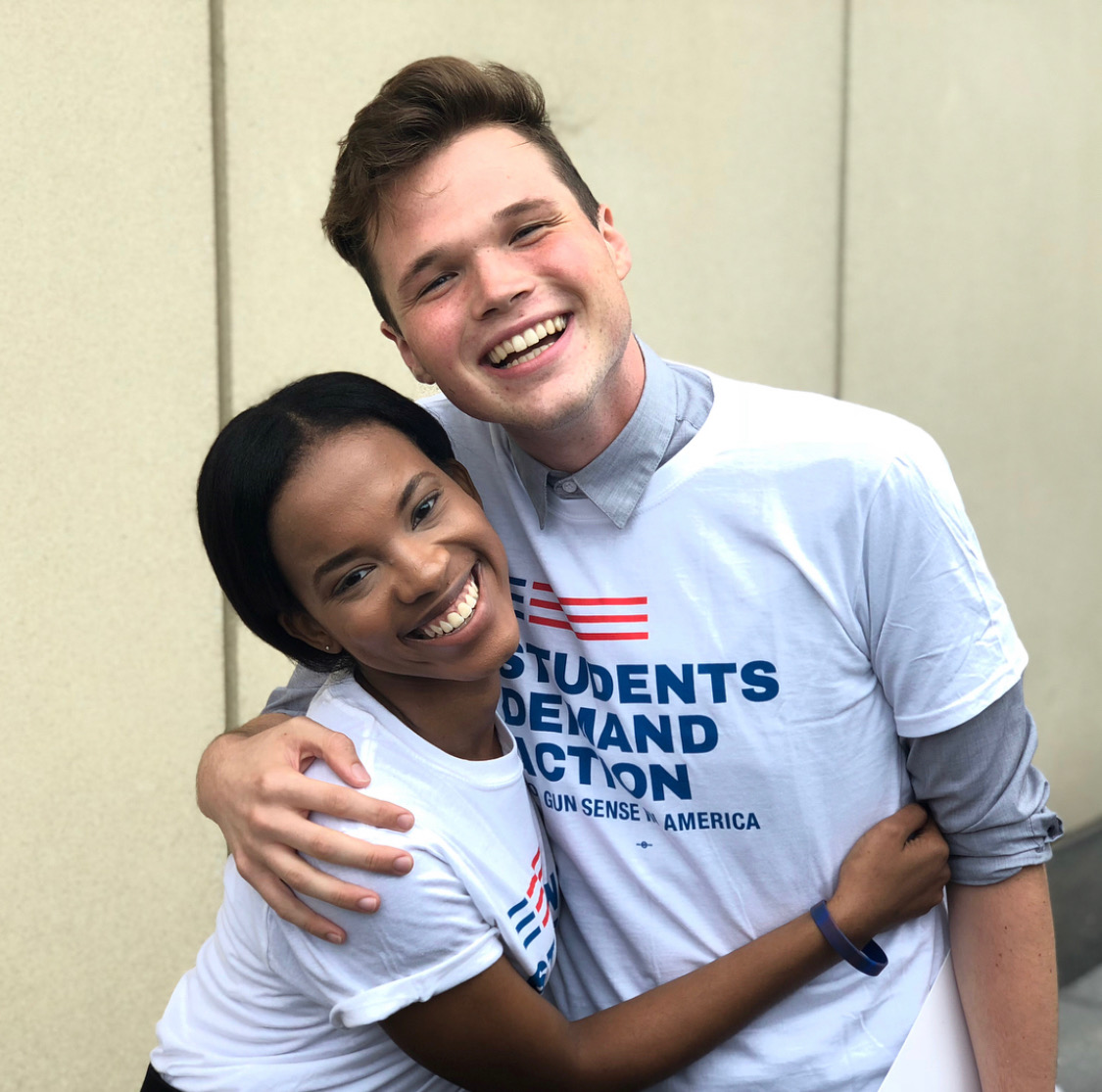 Mason’s newest Registered Student Organization (RSO) has been working hard to make big changes on the state and national level. Students Demand Action (SDA), a branch of the well-known organization that advocates for gun-reform, Moms Demand Action for Gun Sense in America, has been established at Mason with the arrival of young activists from across the country.

Elijah Nichols, a freshman studying government and international politics at Mason, is a co-founder and the direct action co-lead of SDA.

“I’m the president of the group, but we don’t really go by those titles,” said Nichols.

While SDA does not use typical executive-board positions like other RSOs at Mason, Nichols explained the reason for the meaning of “Leads” over president or vice president. The workload for a group like SDA is different from the workload for “a typical student organization.”

“It’s because the tasks that [SDA] gives us [do not] really align with what an [executive] board does,” stated Neuteyisha Felizor, SDA’s Voter Registration Lead.  “…We’re also just not fully established yet. So we’re still trying to work out specifically who does what in terms of positions.”

Nichols also referred to Gabrielle Giffords, a politician from Arizona that was shot in the head during a campaign event back in 2011 from a failed assassination attempt. Since then, she has become an advocate for gun law reform in the U.S. She has also created the Giffords Courage Fellow program, in which students are given the tools needed in order for them to keep improving gun safety laws where they are. In the inaugural launch of the program, Nichols is one of those students.

Felizor explained that she decided to join SDA after Nichols founded it on campus because of her experience campaigning with the Democratic Party of Florida, where she is from.

“I have had a lot of experience with voter registration in the past,” she stated. “I felt like I could bring my experiences to a group like Students Demand Action.”

Felizor also went on to explain that she lived about 30 minutes from Parkland, Florida before coming to Mason.

“Gun violence has always been an issue, especially in the black community,” she continued. However, “having [SDA] in such a diverse community like Mason brings a whole new perspective to the issue.”

Despite only recently emerging, the group is already gaining popularity.

“We have about fifteen members so far, and I think we’re all really proud of that,” Nichols said.

Right now, SDA’s leads are focused on sending interested students and members of the group to campaign events for candidates that are advocating for gun reform in elected office.

“After the [midterm elections], we’ll start retaining members by doing training events, specifically for how to lobby or just how to have a conversation about our message,” said Nichols.

With Nichols from a small conservative town in Michigan, and Felizor, skilled in speech and debate, both activists stressed the importance of rhetoric on the conversation about gun control.

“It’s all about word choice,” Nichols said. “…Instead of saying words like ‘anti-gun,’ we’ll describe our message as ‘gun violence prevention.’ It makes people more comfortable with the conversation in general … My dad loved his guns, so I definitely had to choose my words wisely when I tried to talk about [gun reform] with him and a lot of people from my hometown.”

SDA has also started to make an impact is through simple things like artwork. Two weeks ago, the organization hosted a poster-making event, where students made posters about gun violence which were sent to various members of Congress.

The organization is focused on working and lobbying for gun reform on the state and national level after the midterm elections. Another SDA leader,Erica Kelly, is leading the charge for campaign work and lobbying on the state level.

“[Kelly] has an in-depth understanding of Virginia state government,” Nichols explained. “I’m really excited to see all the work she’ll do coming up.”

“We don’t work as closely with March for Our Lives or the national Students Demand Action chapter yet,” Felizor stated. “We’re waiting to get more members and be more established as an organization.”

When that happens, both Felizor and Nichols expressed excitement to work with elected officials, other college chapters in the D.C. area and the national organizations that work together to help start a conversation for gun violence prevention.