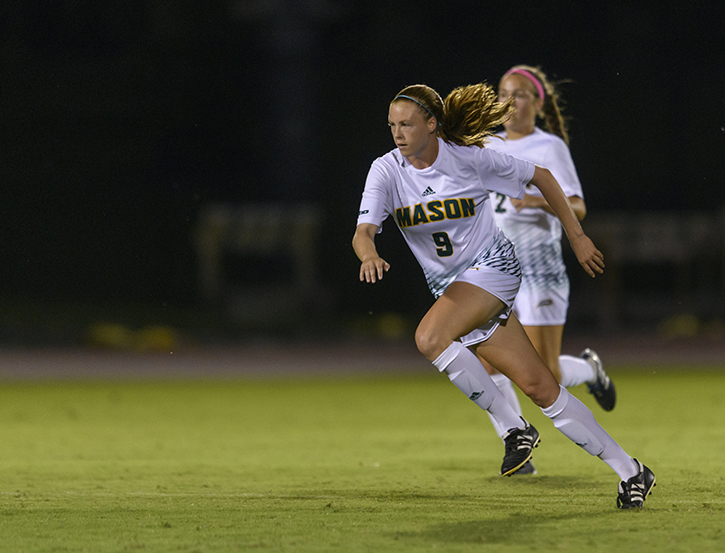 Senior soccer player excels in the classroom and on the pitch

This is Emily Littell. A soccer player. A scholar. A young woman to celebrate.

Senior Emily Littell is approaching the end of her college experience both on and off the field. However, the impact, both of the Mason’s Women’s Soccer team on Littell and Littell on the team and the Volgenau School of Engineering, will persist even after her last semester wraps up.

What is admirable about Littell is her dedication to her team and to her academics, giving a newfound meaning to “student-athlete.” While it may be easy for student-athletes to put athletics ahead of academics, with student-athletes at Mason, especially in Littell’s case, one does not take precedence over the other. The focus is instead on finding and maintaining a healthy balance.

On the athlete side, Littell’s strength is rooted within her longtime commitment to soccer and the value she places on her team. Dedicated to the sport she grew up with since the young age of 3, soccer has shaped her to be who she is today and guides her in future endeavors.

A typical day for her starts with practice. From 9 a.m. to 11 a.m. soccer is her world and, during that time, the only thing that matters.

More than just running up and down the field, being a forward/midfielder takes skill, technique, communication and motivation. Crucial to the team, but not always credited in the box score, Littell understands that being on the team is not about one person making multiple goals, but rather more about recognizing her own strengths and weaknesses to help others.

Littell was asked if she could see herself and her life without soccer. Stern and quick to respond, her answer was “No.”

Her response stems from her soccer past and present, as well as what soccer has given to her.

At Mason, she’s gained a group of women with whom to share success, memories, lessons and bonds. For her, a life without it would be losing a piece of her identity.

On an academic side, there is no better way to exemplify her strength as a scholar than the announcement of being a 2017-2018 CoSIDA All-America. To be an All-American, students must receive a 3.30 GPA on a 4.0 scale, participate in at least half of the team’s games, and be either a starter or hold a crucial role on their team.

Littell, throughout her undergraduate career, has taken a dive into bioengineering. Understandably, the field of bioengineering presents many challenges. It’s a good thing Littell thrives off the challenges and semester-long projects that allow her to put her best foot forward.

Well-respected within her department, Littell doesn’t desire an “A” for it to look good on transcripts but rather to validate her belief that she can and will succeed.

Considering her bioengineering background, her 4.0 GPA, being a forward/midfielder and overall serving as a role model, there was no better fit for the nomination. 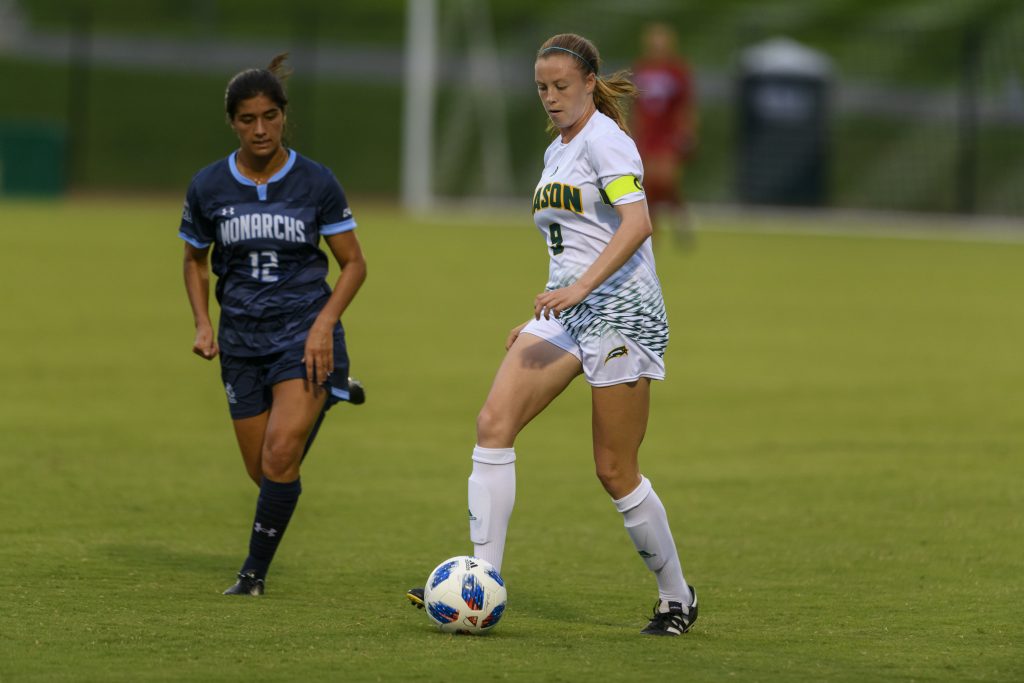 Both an honor and rarity in Mason’s history to be an All-American, Littell described this humble recognition as “a shock. I made the district team which is like Virginia, North Carolina and Tennessee so I thought that was expected but I really thought the All-America’s would be reserved for bigger name schools.” Additionally, to her surprise, Littell found out about the honor secondhand through a causal Facebook post.

Upon hearing the news, the first thing Littell did was contact her longtime coach, friend, and supporter: her father. On her side, her entire life, sharing the news with her father reaffirmed everything she had learned from him.

She also shed light on how she never set a goal to be an All-American. If her efforts paid off to qualify her for the honor, then that’s how it was supposed to be.

This adds to Littell’s character as a student. She doesn’t learn information temporarily for an upcoming test but instead to apply it later. She doesn’t pride herself in single grades, but rather her efforts as a whole.

On top of everything, Littell’s coach, Coach Bramble, is nothing but proud.

“[Emily] represents what we want in a community, school, program and a good player,” said Coach Bramble. “She’s the kind of student-athlete we like to recruit [and she] is a role model to many”.

Thrilled by her success, Bramble is sad to see her finishing up her last season and final year at Mason.

Giving praise, Bramble acknowledged that “Emily will be hard to replace. She’s reached her highest level; well-rounded, off the charts and truly the unsung hero”.

As many coaches experience hardships and achievements with their players, Bramble speaks highly of how he personally has seen Littell grow as a person and a player. He said one of his proudest moments was “In the beginning of her junior year [when] she was voted as team captain. Seniors are more than often voted as captain because of their age and experience. Emily being a captain as a junior really speaks to her having the total package.”

As Littell nears the end of her journey at Mason, she reflects on her undergraduate experience.

She was asked about the life lessons her sport has helped her discover. Her answer, “don’t be afraid of choices and have confidence in those choices.”

People make choices every day, but what separates us all is whether or not our choices have substance and where they will then take us.

For Littell, her undergraduate career is ending and a new stage of her life will begin shortly. Her hope is to remain faithful to her passion of soccer but tackle the bioengineering field.

This is Emily Littell. An athlete. An academic. An inspiration.