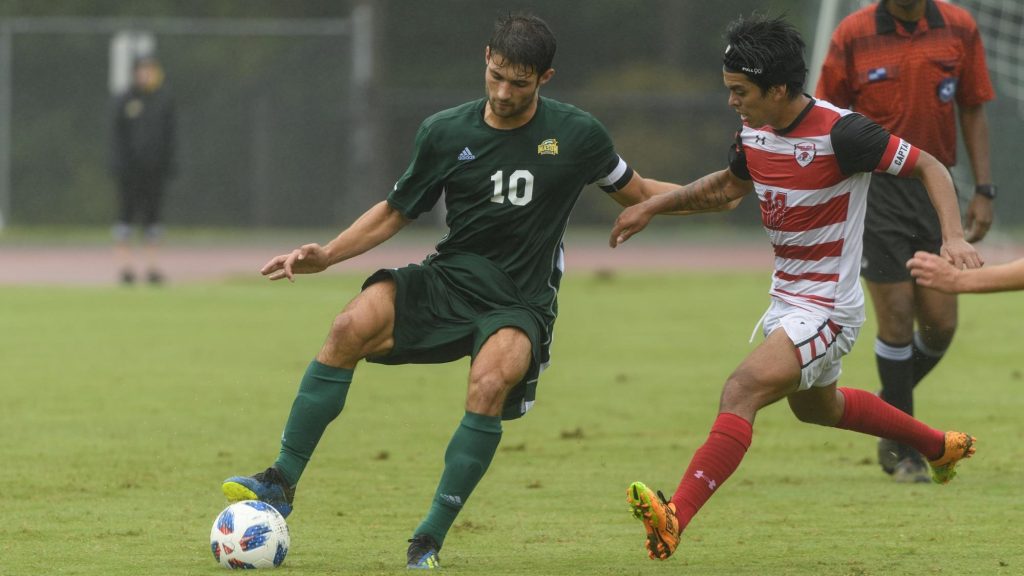 An Update to the Seasons of Fall Sports

As September comes to a close Fall sports almost halfway through their seasons. Here’s a look into what they have done so far.

Women’s volleyball has struggled early this season, with their two wins coming in the Georgetown Tournament on Aug. 31 and Sept. 1.

After starting 2-3 the Patriots have lost their last six games, including their Atlantic 10 opener at home against Dayton Friday night.

The team has 13 games remaining, all against conference opponents.

Due to Hurricane Florence men’s and women’s cross country has only competed in the Spider Alumni Open on Sept. 1.

Mason will be back in Richmond on Oct. 27 for the Atlantic 10 Championships which will be run on the same course. Both distances will be extended with the women running a 5K and the men running five miles.

The Patriots will be running two more races prior to returning to Richmond in late October.

The men’s soccer team started the season 1-3 and had two games cancelled due to Hurricane Florence.

Despite their slow start the Patriots have 11 games remaining, including seven at home before the Atlantic 10 Men’s Soccer Championship in the first week of November.

Women’s soccer is off to a strong start, tallying a 6-3 start as of Saturday night. Two of their three losses have come to top 25 teams.

The Patriots are 4-1 at home and have four home games left before the Atlantic 10 Women’s Soccer Championship the last weekend of October.

To stay updated on upcoming matches and game times, check out the Upcoming Sports Events section.

Global Perspectives Come Together at Mason