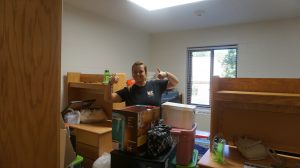 Class Of 2022 Move Into Their Dorms Over The Weekend

On August 24, hundreds of Mason freshmen poured into their dorms and unpacked with the assistance of their parents, siblings, and Mason’s MoveCrew.

The hands-on-deck MoveCrew volunteers were the first interactions for the newly arrived freshmen and their families. The Patriot was also a frequent encounter, and would stop to take pictures with the new students and their parents.

Every student expressed their ideas of what they hoped to accomplish while at Mason and what they look forward to, either in their academics or extracurriculars.

Reagan Overeem, a community health major, said she looks forward to “succeeding in my Biology class, because that’s [my favorite subject],” and added, “joining a lot of new clubs is important to me — especially getting into community service.”

Similarly, Natalie Baker, a biology major, was also eager to start her first year at Mason.

“I’m looking forward to the amount of school spirit [Mason] has, because that was a big part of my life in high school, and I’m glad that I get to carry it on here,” Baker said. She added that she mainly hopes to “accomplish college; I’m very excited for what’s to come.”

Baker was also grateful for Mason’s MoveCrew, stating “I’m so thankful that they were here [to help] and that there were so many of them.” 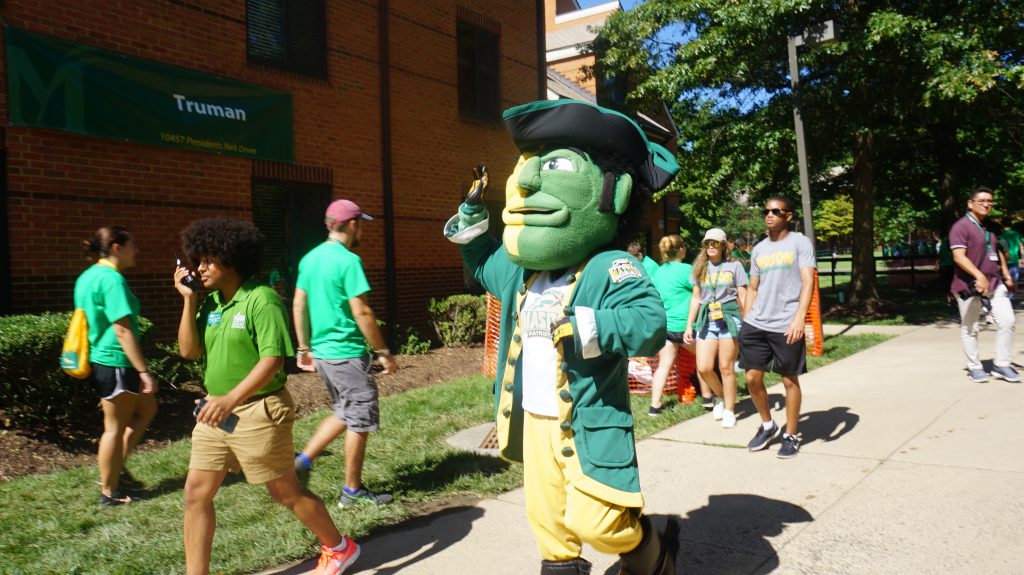 It was clear the freshmen had a lot they wanted to accomplish before they graduate. Many of them had a balance of work and play.

“At Mason, I hope to make a lot of friends, and get my education,” cybersecurity major Elijah Gunter said. “That’s pretty much what I’m looking forward to — just having a lot of fun.”

Gunter also mentioned he is “looking forward to [joining] some engineering clubs to help me out as well.”

While not every freshman has picked their major, some noted the importance of using Mason to achieve their goals.

Undeclared Liz Klein stated that her goals while at Mason will be “definitely graduating, picking a major and getting an actual job…Getting to experience the real world and being prepared for it.”

Klein continued, “I thought about joining a sorority, or possibly joining a club…maybe the Catholic Ministry program. Definitely one [club or community] at least.”

While not every student is the same, most had the similar objective of passing their classes. However, for some freshmen like Danny Ampoh, that means achieving the absolute best they can while at Mason.

In terms of his goals, the mechanical engineering major said he wished to obtain a 4.0 GPA., as well as holding leadership positions to help the community of Mason.