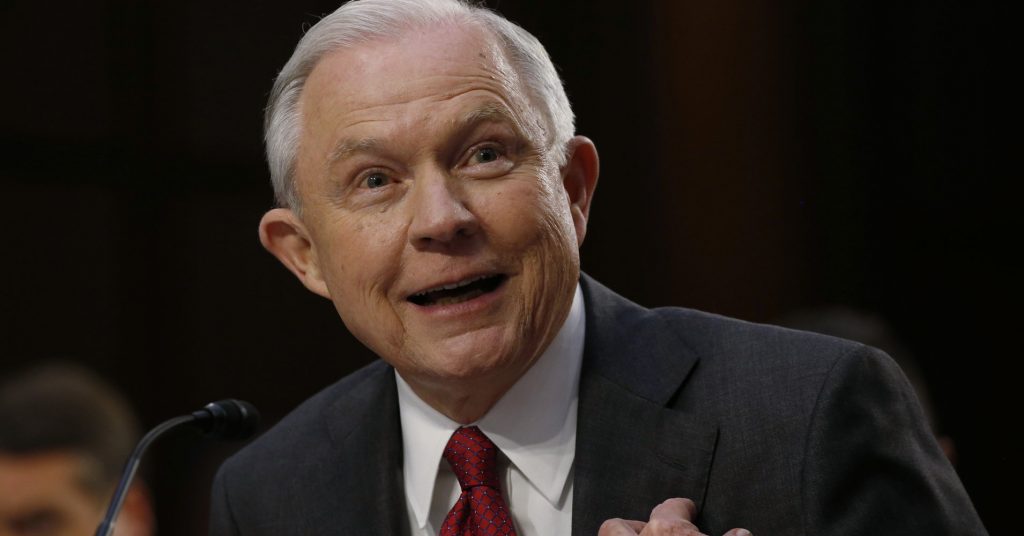 Jeff Sessions isn’t that bad of a guy.

It is becoming more difficult to find anyone who holds this position on our long-suffering attorney general.  Granted, his persona is not affable. He is a hard-liner in everything he does or says. I imagine him waking up, getting dressed for work, selecting a tie, and stating: “It is my moral obligation to wear this tie today.  Any other tie I could wear today is an abomination against God and country.”

He is a hard-liner on immigration, drugs, capital punishment, civil asset forfeiture, national security, and mandatory minimum sentencing.  There are many names you could call Jeff Sessions, but there is one thing you certainly can’t call him: a squish.

One of the names that gets thrown at Sessions is “racist.”  His failed nomination by President Reagan to be a federal judge in 1986 seems to substantiate this claim.  Yes, his nomination was withdrawn after the Judiciary Committee voted against him, and his confirmation hearings were permeated with race.  But there are important things to remember about those hearings. Most of the claims of racism originated from one witness named Thomas Figures.  There were many witnesses who denied Figures’ claims, and some of Sessions’ comments were taken out of context.

Furthermore, liberals sick of Ronald Reagan’s influence on the Supreme Court began an onslaught on Reagan’s judicial nominees.  Progressive groups began whipping up controversy around Reagan’s nominees, and Democratic senators began aggressively questioning nominees during hearings.  This strategy was famously used to defeat Reagan’s 1987 nomination of Robert Bork to the Supreme Court, and was used again for George H. W. Bush’s 1990 nomination of Clarence Thomas (who ended up being confirmed despite the uproar).

Sessions’ nomination to the federal court was in a frenzied moment of divisiveness, and Senator Arlen Specter later said that his key “no” vote on the Judiciary Committee was “a mistake” and went on to call Sessions an “egalitarian.”

While I do not share many of Sessions’ hard-line views on what the law should be (I find his favoring of civil asset forfeiture particularly abhorrent), I do respect his hard-line view on the law per se.  Throughout his entire career as U.S. attorney, Alabama attorney general, four-term U.S. senator, and U.S. attorney general, he has been guided by the principle that the law says what it says.

Sessions is as Southern a man as you can find, and one of the characteristics that Southern-ness engenders is a strong sense of personal honor.  Sessions’ decision to recuse himself from the Russia investigation is one of the most honorable decisions made by an official in a government where personal honor seems to diminish by the hour. Think about it: Sessions was the first sitting senator to endorse then-candidate Donald Trump in February 2016, Sessions advised Trump’s campaign, Trump appointed him to his dream job as attorney general. In that role, he is in the perfect position to protect Trump —  and he chose not to. Trump had been a boon to the career of Jeff Sessions, but taking part in an investigation into a candidate he had advised would be a dishonorable conflict of interest, and Jeff Sessions wasn’t going to let his personal honor die at the feet of a former game show host.

And now the President is attacking Sessions again in the press.  Sessions, who usually does not respond to Trump’s Twitter tirades, issued a statement on Aug. 23 saying the Justice Department “will not be improperly influenced by political considerations. I demand the highest standards, and where they are not met, I take action.”

Even though I disagree with many of Sessions’ policy positions, he is not a bad guy, and we ought to give credit where credit is due.