In the United States alone, approximately 1.1 million people are affected by HIV, according to HIV.gov.

Mason’s HIV/AIDS Awareness Fashion Show plans to spread awareness for this issue. Hosted by the Patriots Activities Council (PAC) and Project Condom, the fashion show is planned for March 30. In the fashion show, clothes will be made from condoms in an effort to promote safe-sex and condom usage. 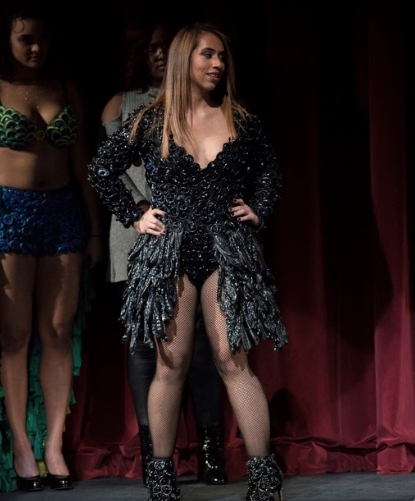 The theme for the fifth annual HIV/AIDS Awareness fashion show will be symptoms.

“Usually there’s a stigma behind the usage of condoms so having the student orgs kind of glamorize the use of condoms with fashion takes away that stigma and it promotes safe-sex and condom usage,” said Shadai Collins, the director of programming at PAC.

The outfit was a two-piece garment with a train made of blue, yellow, and green condoms because they are popular colors in most Caribbean Islands.

“It’s important because the whole dress is made out of condoms, STI prevention, pregnancy prevention, all that stuff . . . there’s so many people who are sexually active on campus and if each organization gets 300-400 condoms maximum then so many other sexually active people can get [one as well]. It’s not something that you have to break your pockets for,” said Chong.

Judges base their opinion off of the concept behind the design, what it brings awareness to, and the outfit’s overall look. CSA’s design last year was an effort to promote being proud of your body and also to bring attention to the sexualization of women in the United States.

“We mentioned how a lot of the culture in the United States is very sexualized,” Chong said.

“If a girl dances with a guy, the guy will often ask for the girl’s number after the dance. Whereas in the West Indies, a dance is a dance and it’s like a guy and a girl will dance together however they want to. It doesn’t really matter and then once the song changes you just move on and go on with the rest of your day. There’s no obligation to connect with this person more after that dance.” 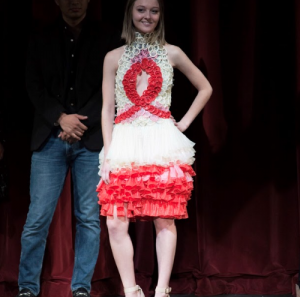 Chong’s advice for the other organizations this year is to be proud of their work.

“Regardless of whether you win or not just make sure that [you are proud of] what you present onstage and on Instagram… and really just make the dress how you feel represents your organization the best,” Chong said. “It could be the craziest design out there but unique is good and I think that’s part of what helped us win.”

The HIV/AID fashion show, including Project Condom, is on March 30 at 6:30 p.m. in the Center for the Arts.