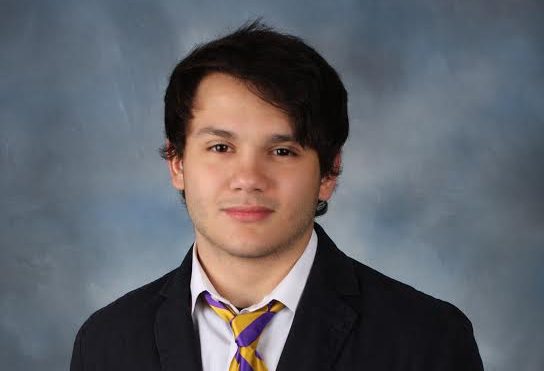 Tragedy struck Mason’s Fairfax campus when 19-year-old sophomore Tristan Medina passed away in Fairfax hospital on Saturday, Sept. 30 after falling from a fifth story window in a Potomac Heights dorm.

A hard-working student and star football player in high school, Medina is remembered at Mason by his friends and Sigma Alpha Epsilon (SAE) brothers. The fraternity held a vigil in North Plaza to memorialize Medina on the day after his death.

“He would always bring the light to every room,” said one fellow SAE member at the Oct. 1 vigil. “Each moment spent with him was an incredible moment… always smiling and laughing, always making jokes.”

A native of Spotsylvania County, Medina graduated from Massaponax High School in 2016 after an impressive tenure on the school’s football team. In his final two seasons, Medina rushed for over 1,100 yards and scored 29 touchdowns. He earned the program’s coveted number one jersey, an award that he earned through his skill and determination on the field.

Medina’s coach at Massaponax, Eric Ludden, memorialized his former student in an interview with the Fredericksburg Free Lance-Star.

“He was really loved by his teammates and people at school,” said Ludden. “He was very easy going. He was basically a star running back, but he did not have that attitude that sometimes people get when they maybe get a big head. He was never like that.”

Ludden also remembered that Medina’s family was very supportive and took the time to attend every one of his games, both junior and varsity.

According to Ludden, Medina could have continued his standout football career in college despite his small stature, but he chose to pursue academics instead. Medina originally decided to attend Mason with plans to study astrophysics, but he later switched his major to criminal justice with a concentration in homeland security and a minor in intelligence analysis.

Although Medina’s time at Mason was cut short, it is easy to see how positively he impacted the lives of his friends and fellow students, many of whom remembered his genuine personality and admirable sense of humor.

As one SAE brother attending the Oct. 1 vigil in his memory said, “we should remember this and try to get over this all together.”

Mason Community Takes Back the Night