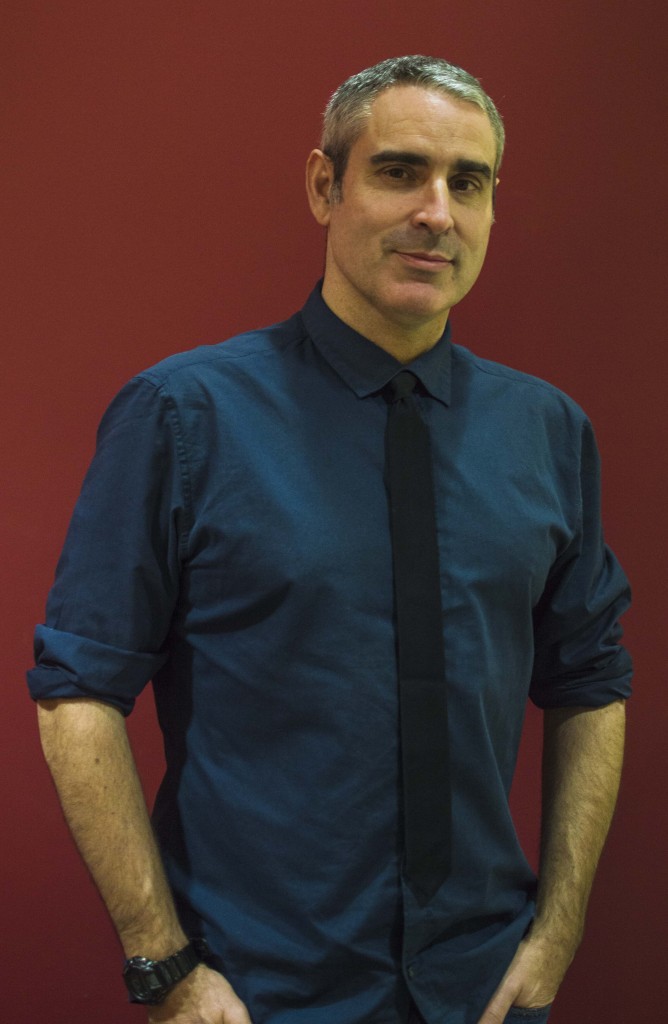 Last Monday, photojournalist Louie Palu screened his film “Kandahar Journals” in the Johnson Center Cinema as part of the Visiting Filmmakers Series sponsored by the film and media studies department.

The film focused on Palu’s experiences as an embedded photojournalist in the Kandahar province of Afghanistan from 2006 to 2010. Palu stayed after the film for a question and answer session, and he also attended a lunch at Southside the day after to speak with students about his personal experience and the film itself.

It was during these question and answer sessions that Palu went into detail about his motivation for making the film and about the message he sought to send through the structure and content of the film. Palu explained that his initial reason for making the film was actually to help him understand his own family.

Palu, born in Canada, is the son of Italian immigrants who fled Italy during World War II. Growing up, Palu heard nightmarish stories from his father about his time in a prison camp where he was forced to fight dogs for food, among other harrowing challenges.

Palu said these stories left him with a feeling that he never truly understood what his parents had been through as a result of war. So, in 2006, he decided to embed himself in Kandahar in order to better understand his parents’ experience.

As Palu explained, “I think that going to Afghanistan, for me, was about trying to live their experience.”

Though this was his initial motivation for going to Afghanistan, Palu quickly realized that there was another reason why he wanted to showcase the struggles of Afghans in particular. As his time in Kandahar passed, Palu felt that the struggles of the native Afghans were being drowned out by other, newer conflicts in the world.

As Palu first said after the credits rolled, “Thank you all for being a part of a dialogue that has fallen out of the headlines.”

Palu pointed out that with conflicts in Syria, Ukraine, Yemen and elsewhere, the story of the war in Afghanistan has faded into the background. Palu said his goal in showing the film was to bring attention back to the war in Afghanistan, and specifically, to the effect the war has had on the country and the people who live there.

Palu achieved this through his use of shocking and graphic images. Though there are images of wounded American and Canadian soldiers in the film, the only images of the deceased that Palu showed are those of Afghan civilians and soldiers, a decision that he said was deliberate in order to showcase individuals within this conflict who have received less media attention.

With his decision to focus on the Afghan people, Palu is able to tell the story of suffering and struggle felt by those who live in a country embroiled in war. This experience is one that some Afghan students here at Mason can relate to.

Mariam Bayat, a junior, is a member of the Afghan Student Union (ASU) at Mason. She explained that her family has been directly affected by the conflict in Afghanistan and that her family has had a history of trouble with wars in the country. Her grandfather on her father’s side died fighting in a war when her father was only eight years old.

Luckily Bayat’s father was able to earn a visa to the United States, and he came here along with his brother in order to make money to send back to their widowed mother and seven other siblings. Bayat’s uncle, who had been a respected doctor in Afghanistan, was forced to work as a taxi driver in the U.S. in order to make ends meet.

Bayat’s mother shares a strikingly similar story. Forced to give up her education when the Taliban took over, Bayat’s mother–who was just 12 years old–was left with no other options but to become a housewife. Bayat explained her family’s home country was not this way before the Taliban took control.

According to Bayat, “Before the war, the lifestyle in Afghanistan was pretty much like America. Women were allowed to go out, go to school, wear whatever. People were able to become something. But now it’s really difficult. Everybody has the same exact lifestyle, and they are all struggling to get by.”

Bayat said that she went to visit her family in Afghanistan in 2013, and things have not changed since the times when her parents fled. She explained that she was instructed to cover herself from head to toe and to speak to nobody except for her family, as she could become the target for kidnappers if they learned that she lived in the United States.

Bayat explained that in spite of her own experience in Afghanistan, it was the struggle her cousins faced that impacted her the most.

“They all are able to go to school now but they don’t have any prospects. It’s hard to become ‘something’ in Afghanistan. They go to school just to learn basic English, reading, writing and math,” Bayat said.

Much like Palu, Bayat has also witnessed firsthand the struggles that people face during wartime and the effect those struggles have on them. As both of their personal experiences as well as their family’s experiences have shown, war has a negative effect on everyone it touches.

Ultimately for Palu, this film was about trying to start a meaningful conversation about the war in Afghanistan in order to help find a solution to the conflict. His hope is that meaningful conversations will result in resolutions to these conflicts so that nobody has to experience tragedies like the ones his and Bayat’s families have had to endure.