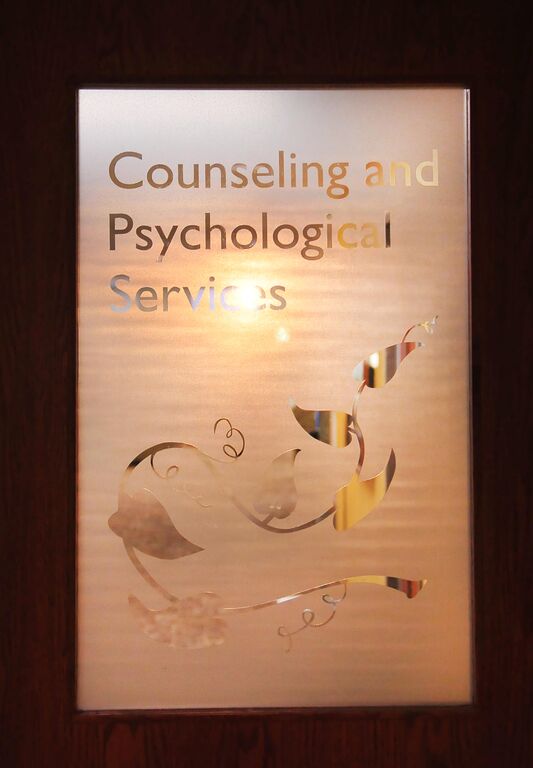 Cure Mental Illness GMU (CMI) is a relatively new club at Mason that intends to bring awareness to all aspects of mental illness, including its misconstrued reputation, need for funding and impact on those affected.

The stated mission of the club is to, “unite the energies of parents, families, clinicians, scientists, and mental illness organizations to educate the public and policymakers about mental illnesses as brain disorders, advocate for scientific research to understand mental illnesses, and to work towards safe effective treatments for those suffering from mental illnesses.”

Sonia Bansal, the vice president of the club, explains that CureMI was formed through direct communication with representatives from the Cure Alliance for Mental Illness program.

“I met Hakon Heimer and Alden Bumstead from Cure Alliance for Mental Illness at last year’s Annual Meeting for the Society for Neuroscience (SfN) in DC,” said Bansal.  “Cure Alliance is a national education and advocacy organization that promotes mental illness research. We agreed that college students would be highly motivated to support their mission. In the months following the conference, our discussions took the shape of planning a Cure Mental Illness chapter at Mason- the inaugural university chapter for this organization.”

So far the response from Mason students has been outstanding. In just a few weeks the club has been contacted by over a hundred undergraduate and graduate students interested in getting involved. These students come from diverse academic fields, including neuroscience, nursing, psychology, social work, and global and community health, and many are directly engaged in research, clinical work or outreach activities related to mental illness.

How exactly is mental illness defined? According to Dr. Theodore C. Dumas, the faculty advisor for CureMI and assistant professor of molecular neuroscience at Mason, mental illnesses include any cognitive or behavior problems that significantly reduce quality of life and disrupt someone’s ability to care for themselves and others. One of the many difficulties in defining mental illness is that its cause remains relatively unknown.

“If we knew this [what causes mental illness], we would be much further along in developing cures,” said Dumas. “Like any animal characteristic, mental illness is caused by a combination of genetic and environmental factors. Different disorders have different underlying causes.”

One of the main goals of CureMI is to spread awareness about what mental illnesses really are and debunk some of the misconceptions surrounding them. For example, according to the Cure Alliance for Mental Illness, one major and severely harmful assumption is that people with mental illnesses are “crazy” or “overdramatic.”

“The stigmas that haunt mental illness–that crazy people are dangerous, that people with depression or anxiety just need to pull themselves together–are deeply rooted and will not yield simply to positive media messages,” the site explains. “Cure Alliance advocates for research because the clearest way to eliminate stigma about mental illness, and to alleviate the suffering they cause, is to cure the illnesses”

CMI intends to echo Cure Alliance’s approach of “Educate, Advocate, Cure” through a variety of outreach campaigns. Members are currently developing modules to share facts about the brain and brain disorders with elementary, middle and high school students. The group has additionally started discussions with other student organizations at Mason to plan a Mental Illness Research Day where research groups at Mason can present their work.

In September, a few CMI members attended the Mental Illness Across the Ages event in D.C., hosted by the American Association for the Advancement of Science (AAAS) and the Dana Foundation. Members were able to listen to experts with backgrounds in neuroscience, psychiatry and public health discuss some of the issues surrounding mental illnesses and to contact groups from other universities interested in Mason’s CMI program.

The group plans to host educated guest speakers who have experience in mental illness research and advocacy. Starting in November, the club plans to host the co-founder of Cure Alliance, Robin Cunningham, as a guest speaker. Diagnosed with schizophrenia at the age of 13, Cunningham is now a retired corporate executive and entrepreneur and an advocate for mental illness.

CMI members will also attend this year’s Society for Neuroscience (SfN) Meeting in Chicago, where Cure Alliance will have a booth. An estimated 30,000 neuroscience researchers are expected to attend the conference, which will discuss progress in understanding the biological bases of behavior and their implications for mental health.

Mason’s proximity to Washington, D.C. is advantageous for CMI members because it allows them to interact with policymakers and shed light on the lack of funding for mental illness research and the benefits of investing further in it. Learning how to share research findings and advocate at this level has the added benefit of providing professional development for members of CMI.

Mental illness is an important issue to tackle as an estimated one in four Americans suffer from mental illnesses, according to the National Alliance on Mental Illness (NAMI). Unfortunately, recent studies have shown that young adults are less likely to seek treatment for mental illness compared to other age groups. In a recent report published in The Journal of the American Medical Association, brain disorders were found to be the largest single contributor to disability.

Additionally, according to the National Institute of Mental Health, suicide is the second highest cause of death among Americans ages 15 to 34, and the suicide rate has not decreased over the last two decades. However, evidence-based treatments are known to be effective, and these treatments can help people who suffer from mental illnesses. Unfortunately, funding for mental illness research is currently significantly lower than its estimated burden.

For CMI member Rachel Keith, mental illness is a meaningful issue to her because she understands the enormity of its influence and wants to contribute to raising awareness of the issue.

“Mental illness is important to me for three reasons,” said Keith. “First, I am very interested in neuroscience and learning about the biological basis behind mental illness is something that I’m excited about. Second, I have personal experience with mental illness from friends, family, and others; they are often very misunderstood and stigmatized, and I want to combat that. Finally, I believe that there is a great importance for making treatment widely available to those who need it. Making these treatments easily available will help to normalize therapeutic and pharmacological options, which is important due to how common mental illness is in America.”

Monthly meetings for CMI will be held in the Johnson Center or the HUB, and special events throughout the semester will be arranged on- and off-campus. Anyone interested in the group may contact CureMI.GMU@gmail.com, find the group on Facebook at Cure Mental Illness GMU or follow it on Twitter at @CureMI_GMU. To find out more about Cure Alliance national, the inspiration for CMI, students may visit the organization’s website, curealliance.org; its Facebook page, Cure Alliance for Mental Illness; or its  Twitter page, @Cure_Alliance.