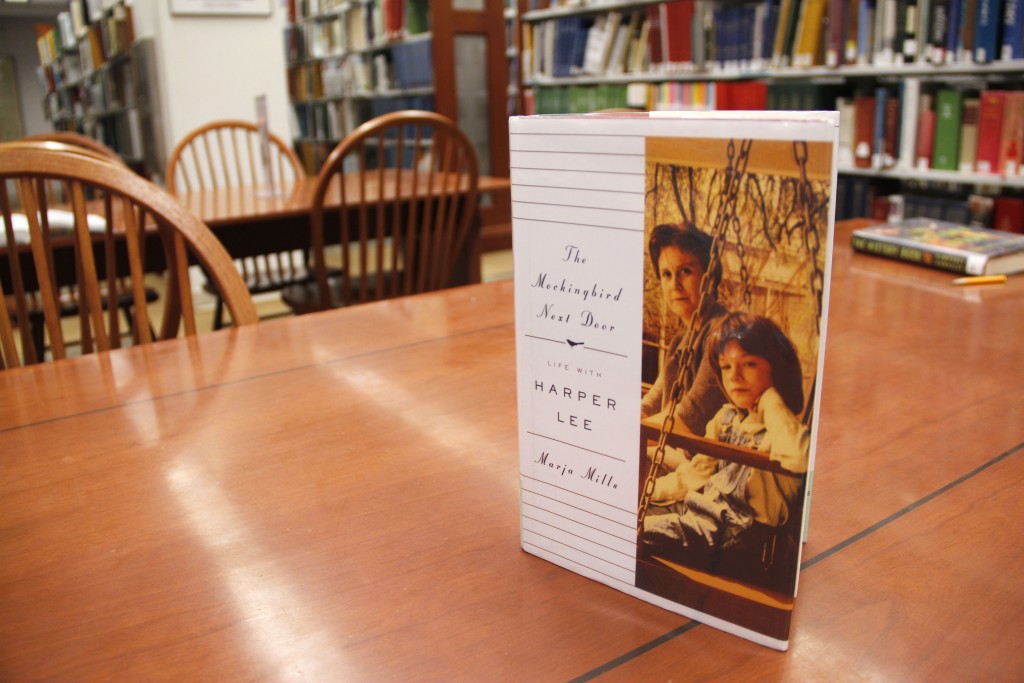 George Mason Univeristy faculty and students are conflicted over the upcoming publication of Harper Lee’s unanticipated sequel to “To Kill a Mockingbird”, ”Go Set a Watchman,” to be released by HarperCollins in mid-July.

Set 20 years after the events of “To Kill a Mockingbird,” “Go Set a Watchman” follows an adult Jean Louise “Scout” Finch, the child protagonist of TKAM, as she returns to her hometown, Maycomb County, Ala., the fictional town where the first book is set, to visit her father, Atticus Finch. After living in New York City for several years, Scout is forced to grapple with the heated racial tensions of the American South in the 1950’s and to reflect on her relationship both with her father and Maycomb.

Although the events of the novel take place after those of TKAM, “Go Set a Watchman” was written first.

“In the mid-1950s, I completed a novel called ‘Go Set a Watchman,’ ” Lee said in a press release earlier this month, “It features the character known as Scout as an adult woman, and I thought it a pretty decent effort. My editor, who was taken by the flashbacks to Scout’s childhood, persuaded me to write a novel (what became ‘To Kill a Mockingbird’) from the point of view of the young Scout. I was a first-time writer, so I did as I was told.”

Published in 1960, “To Kill a Mockingbird” was an overnight success, winning the Pulitzer Prize and earning an enduring spot on high school reading lists, while “Go Set A Watchman” remained hidden from public view. Over fifty years later, however, Lee’s attorney, Sonja Carter, discovered the manuscript among the author’s belongings.

“I hadn’t realized it [the original book] had survived, so was surprised and delighted when . . . Carter discovered it,” Lee said.  “After much thought and hesitation, I shared it with a handful of people I trust and was pleased to hear that they considered it worthy of publication. I am humbled and amazed that this will now be published after all these years.”

Earlier this month, Mason students were initially thrilled when HarperCollins announced its plans to release the book this summer.

“I am personally very excited about Harper Lee’s new book, as ‘To Kill A Mockingbird’ . . . has always stood out to me,” Sophomore Amy Glen said. “It will be interesting to learn more about Maycomb and how it has evolved.”

However, controversy surrounding Lee’s possible lack of jurisdiction over the release of her latest novel surfaced soon after HarperCollins revealed its plans for publication. Several residents of Lee’s hometown, Monroeville, Ala., worry that the 88-year-old author, who suffered a stroke in 2007, may no longer possess the necessary cognitive abilities to make informed decisions. Many fear that Lee, who has previously sought to avoid publicity, would not have chosen to release Watchman had she been in a clearer frame of mind.  There are also concerns that her attorney, Sonja Carter, may be pressing the book’s publication for her own benefit.

“I wonder what is behind this decision,” Roger Lathbury, professor of American Literature at Mason, said. “I hope she [Lee] isn’t being taken advantage of, persuaded to release something better judgment would withhold.”

Yet it remains unclear whether Lee has been coerced. In a recent article in The New York Times, Carter, who is Lee’s spokeswoman, complained that Lee has been “extremely hurt and humiliated” by the accusations against her mental capacity.

At this point, many Mason students and faculty members believe a deeper examination of the unclear circumstances surrounding “Go Set A Watchman” is needed before the book can hit the shelves this July.

“If there is a chance that Lee doesn’t want the novel published, HarperCollins should investigate more thoroughly before publishing,” Emily Hunt said.