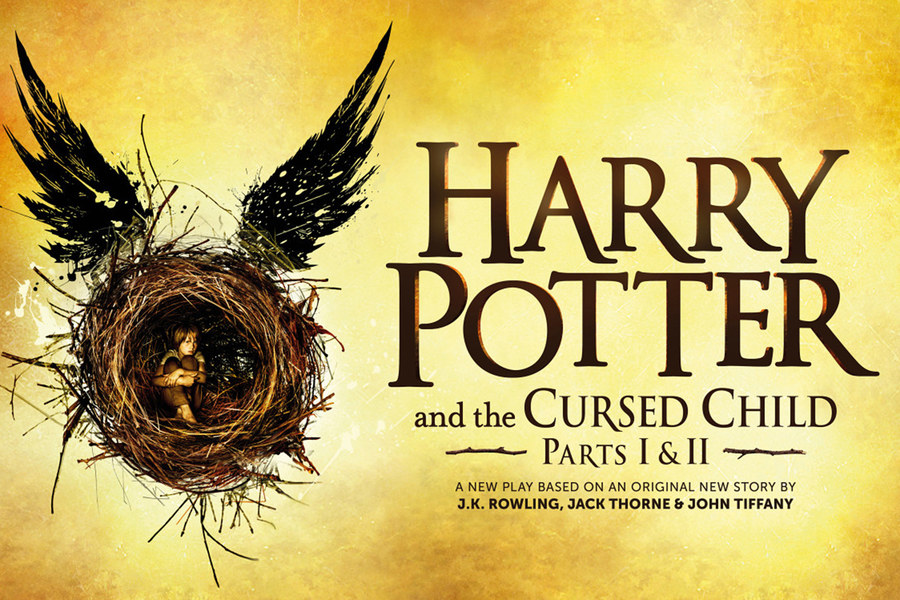 J.K. Rowling shocked Harry Potter fans February 10 when she announced that an eighth installment of the Harry Potter series, “Harry Potter and the Cursed Child,” will be released on July 31, 2016.

“Harry Potter and the Cursed Child” was originally written by Rowling, Jack Thorne and John Tiffany as a play. The play’s script is going to be released as a two-part book.

Set 19 years after the ending of the last book, “Harry Potter and the Deathly Hallows,” “Harry Potter and the Cursed Child” will focus on grown-up Harry, now an employee of the Ministry of Magic and the father of three children. According to the official website for the play, Harry will “grapple with a past that refuses to stay where it belongs.” His youngest son, Albus, will also struggle to deal with the family legacy.

Most of Mason’s Potter fans are elated. “I’m excited and want to know what’s going to happen next,” freshman Stephanie Kay Crespo said. “The books captivate your imagination, and it’s really remarkable what J.K. Rowling has created. She has created a whole world filled with characters that have such interesting backgrounds.”

Still, some fans, including sophomore Alya Nowilaty, are a little skeptical about the new books.

“I actually heard that it is more of a script than a book, so it is not really a novel, but it’s like when you read Shakespeare,” Nowilaty said. “I’m excited to see the play come out, and I’m excited to read this [book], but I’m kind of worried because I am one of those people that thinks that you shouldn’t interfere with the past material that’s already kind of perfect. Even though it is J.K. Rowling writing the stuff, I’m hoping that it’s not going to change anything or go in a different direction that’s kind of redundant or unnecessary.”

Skepticism aside, this year will prove to be an exciting one for Potter fans, who not only have the play to look forward to, but also the film “Fantastic Beasts and Where to Find Them,” which will be released this November.

According to Rowling’s website, “Fantastic Beasts” will center around the adventures of Newt Scamander in 1926 New York City. Newt Scamander will be played by Eddie Redmayne who also starred in “Les Misérables” (2012), “The Theory of Everything” (2014), and “The Danish Girl” (2015).

Though the last movie, “Harry Potter and the Deathly Hallows: Part II,” was released nearly five years ago in 2011, fans have held on strong. Mason students, like freshman Cat Ross, are looking forward to the film’s release, hoping it will be “packed with the same magic and mystery” as the first eight.

“The movie looks good!” Ross said. “I think it will be interesting to see how J.K. Rowling creates a new story from the fantasy world we loved.”

There is a large following of Harry Potter fans here at Mason. Most students have grown up with the series, and there are many events and clubs inspired by Harry Potter, including a quidditch team. Just last fall, the team qualified for Nationals for the second year in a row and won its first tournament. Less hard-fought but just as fun, Mason hosted a Potter-inspired Yule Ball February 12 in Hanover that included Butterbeer, waltzing, food and plenty of Potter decor.

Mason’s Potter fans are loyal to the story, and some, including Nowilaty, say it has had a large and lasting impact on their lives.

“I admire J.K. Rowling as an author, and she’s actually one of the people I would say inspired me to read more,” Nowilaty said. “As a moral story, it’s really important … because you get to know it when you’re younger, and so a lot of the characters and a lot of the teachings of the book kind of stay with you longer.”

Freshman Bailee McGowan feels similarly. She says Harry Potter is special to her because it is “something that’s been such a big part of our generation, and we all grew up watching it and reading the books.” And she is willing to defend it to the hilt. “I’m, like, one of those people, who, if I hear someone doesn’t like Harry Potter, I turn around and freak out, like, in public. No shame.”