Internationally bestselling novelist Diana Gabaldon will be appearing at the opening night on September 27 at 6:30 p.m. to accept the 2015 Mason Award in Concert Hall on the Fairfax campus. 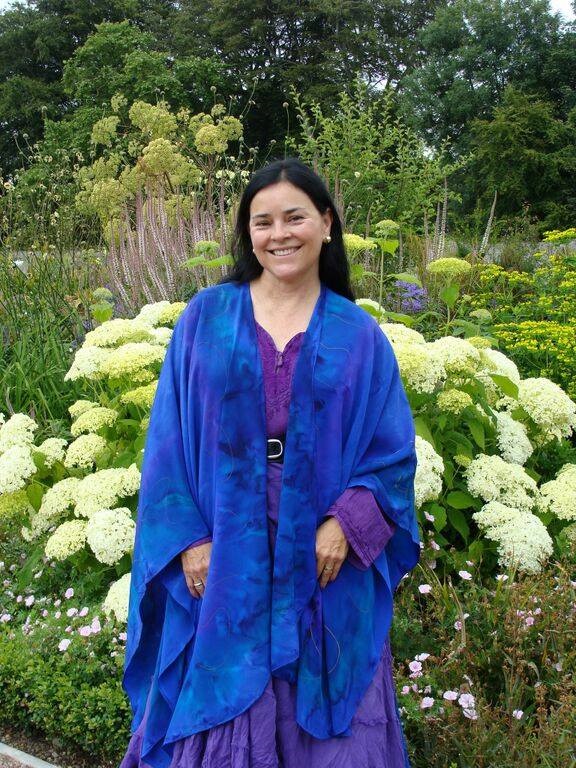 Gabaldon is the author of the award-winning, #1 New York Times-bestselling Outlander novels.  The eight-book series, from 1991’s Outlander through 2014’s Written in My Own Heart’s Blood, has been published in 26 countries, 23 languages and has more than 26 million copies in print worldwide.

The Mason Award, sponsored by the Fairfax Library Foundation, celebrates authors who have made an extraordinary contribution to connecting literature to the wide reading public.

“Well, I’m extremely honored by the award, as I’m sure all the people who’ve received it before me have been,” Gabaldon said about the Mason Award over email.  “Whenever I’m nominated for or receive such an award, though, I always wonder why.  If one is lucky enough to become popular, is this evidence of particular virtue or effort?”  She also expressed excitement for the occasion bringing the infrequent opportunity for her to spend time with her Virginia native sister.

Fall for the Book is a chance for authors and fans to connect and celebrate literature.  The seven day festival, begins September 27 and goes through October 3.

“Reading is more or less like breathing for me—constant, effortless and totally essential-but I know that’s not true for everyone,” said Gabaldon.  “So…for someone who doesn’t read in what you might call a chronic way, what would be the importance of leisure reading?  Exercise of the imagination would probably be the most important, I think, and beyond that, the need to become.    With rare exceptions, you don’t become anything by watching television, but it’s hard to read any book without temporarily becoming something more or other, and sometimes that becoming becomes part of you.”

One of the reasons why people love to read is because they latch onto the characters and go with them on their journey. “People are gregarious primates,” Gabaldon said, “We’re hard-wired by our genetics to be interested in each other.  Add to this natural inclination the opportunity either to escape our own lives or to explore them and how could one resist?”

She has a massive book and television show fan base which has even spiked tourism in Scotland, where part of the series takes place.  Claire and Jamie’s journey have become a global phenomenon.  How does she stay grounded in the mass of it all? “Hard to say,” Gabaldon said.  “On the one hand, it’s completely surreal, and the day-to- day weirdness is enough to make anybody’s head spin.  On the other…as I told the young actors playing Jamie and Claire, right after they were cast, ‘For me, it’s been like boiling a frog—slow escalation over the last twenty-five years.  You guys, they’re going to throw in at the hot end.‘ Ultimately, though, the bottom line is that I’m old enough not to feel any intrinsic difference in myself, regardless of what’s going on around me.”

Gabaldon takes time to communicate with fans and readers on Facebook and Twitter fairly often with shout outs, re-tweets and responses to fan questions.  “Well, it takes some of my time, but not a tremendous amount,” she said.  “It doesn’t change anything I do in terms of writing, though.  I mean, I’ve never written a word with any thought of what someone else would make of it—though as I have been in pretty much daily contact with the readers ever since I started writing, I know them pretty well, and I know what their response to this or that event is likely to be.  The knowledge doesn’t in any way affect the likelihood or manner of my writing it, though.  If one is lucky enough to have more than one reader, it’s clearly impossible to please everyone—so why try?”

Fans jump on the opportunity to have a few moments to talk about all things Claire and Jamie Fraser with Gabaldon.  Fall for the Book offered the public the chance to a VIP Reception before her reading to meet Gabaldon which sold out very quickly.  Fans can still attend the award ceremony and reading event on September 27, but keep in mind that seats are on a first come first serve basis.

Fans attending Fall for the Book would argue that Gabaldon is the most popular author attending this year’s events.  “Well, I’m very flattered, though again, I’m not sure how they make that out.   Do I sell more copies than the other authors?  Do I have more likes on my Facebook page?  Do I have more Twitter followers?  Does any of that have anything to do with the quality of my books?  Probably not, but I’m still flattered.”

Gabaldon is currently writing the next “Outlander” installment, which may or may not be the final book in the series.
“I don’t know,” said Gabaldon.  “I think there’s probably another book after this one in the main series, and I know there’s a prequel about Jamie Fraser’s parents (and the Rising of 1715/19) and I know there’s certainly one (and probably more than one) more novel about Lord John Grey, and then there are all the novellas that kind of come along on their own, so…no, probably not.”