Bright orange jumpsuits are a familiar symbol of Guantanamo Bay, but according to photojournalist Louie Palu, that symbol has been hijacked by ISIS.

“Pictures have become part of the contemporary landscape of conflict,” said Palu while giving a guest lecture to Mason Arlington Fellows on Monday.

Palu showed the students a picture of Guantanamo Bay inmates followed by a picture of journalist James Foley before he was beheaded by the radical terrorist group. 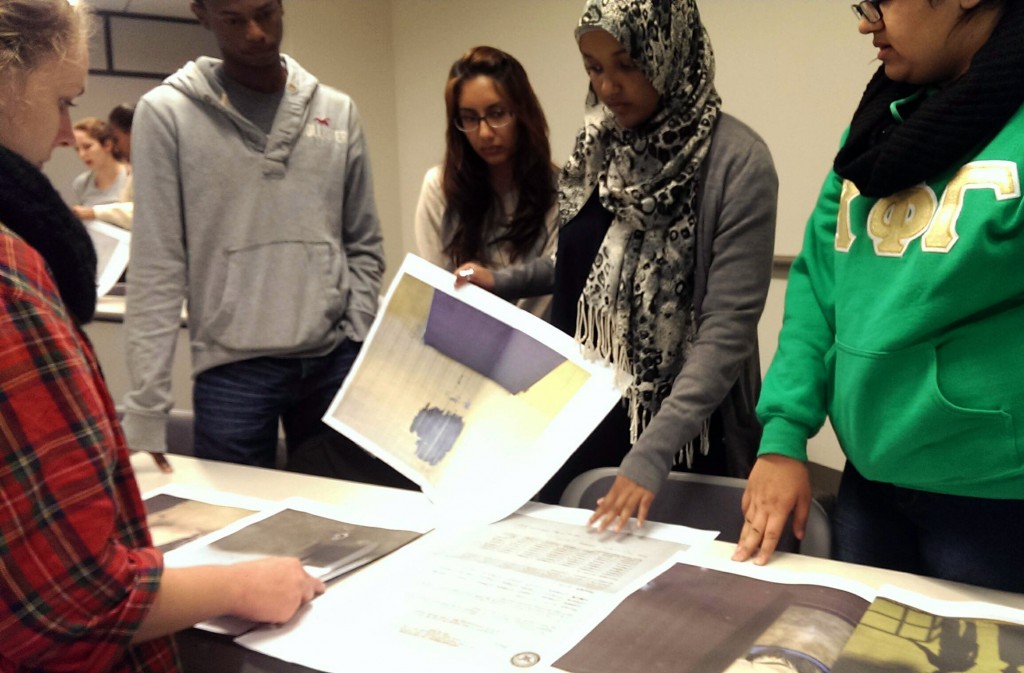 Foley was also in a bright orange shirt.

“An orange jumpsuit isn’t just a random thing you put on somebody,” Palu said. “It is a direct response to images of Guantanamo Bay.”

Palu is an internationally-recognized and published artist who has 23 years of experience covering insurgencies in Afghanistan, organized crime in Mexico and several tours of Guantanamo Bay. Palu will speak about his work in Guantanamo as well as the implications of the indefinite detention of prisoners at a panel event at Mason on Tuesday.

Palu describes Guantanamo Bay as the most challenging issue for America—even more so than the Civil War and World War II.

“When the visuals become a part of the propaganda campaign of the terrorists, we really need to start asking ourselves why haven’t we found a solution yet, and who are the people responsible for finding a solution to something that is actually becoming a tool for the terrorists,” Palu said.

Palu has spoken about his self-published Guantanamo concept newspaper to global studies students and art students at various universities in Portland, Syracuse and Rochester in the United States as well as his native Toronto. His lectures focus on the interpretation of images in the media, primarily on who controls the photos—whether it be governments or media.

“War is not a press release from the White House,” Palu said. “War is people.”

Joy Olsen, executive director of the Washington Office on Latin America, and Wells Dixon, senior staff attorney at the Center for Constitutional Rights, will also speak on the panel, which will answer questions moderated by Latin American Studies Director Jo-Marie Burt.

Global Affairs and Latin American Studies will host the panel discussion on Tuesday, Oct. 21 at 7 p.m. in Research 163.

Niki is a Managing Editor for Fourth Estate and a senior studying global affairs with a minor in journalism. She has interned with The Hill newspaper, C-SPAN and InsideNOVA/Prince William & Leesburg Today. Twitter: @nikipapadog Email: npapadog@gmu.edu
View all posts by Niki Papadogiannakis →

Coming out in a cisgender normative world: it’s not always safe