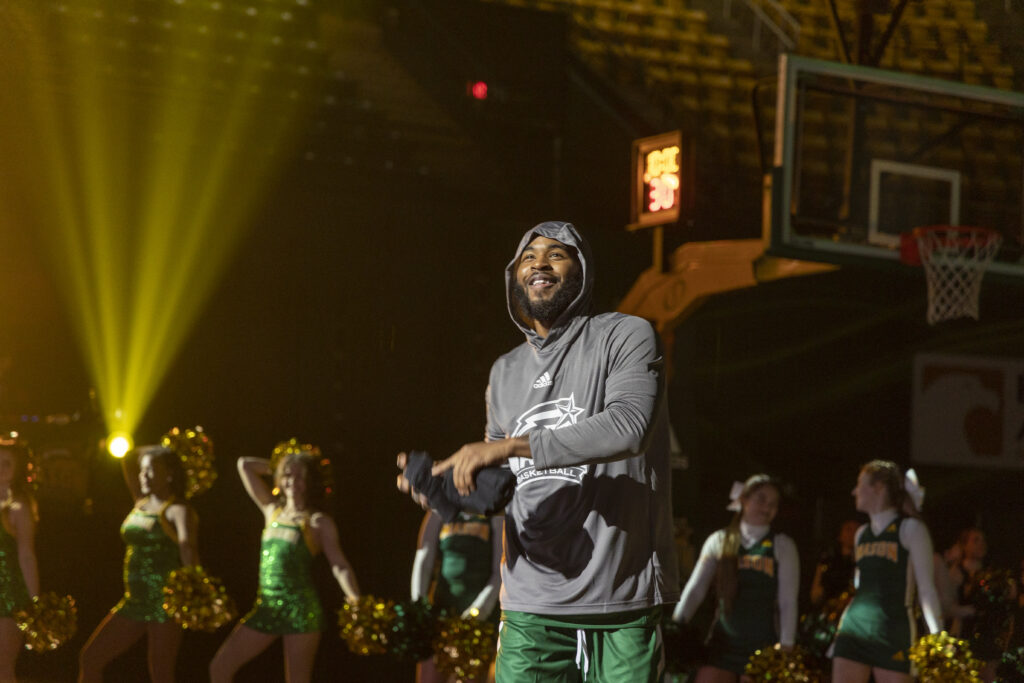 On Oct. 14, Mason Madness was in full effect and the Mason community united at EagleBank Arena for musical performances, dance performances, basketball, and much more.

Mason is currently in a vulnerable state due to the social justice and political controversy the community has faced. “We demand justice” has been the trending phrase specifically for the black community at Mason. Teon Frazier who serves as the Vice President of the Rhotau Chapter of Phi Beta Sigma Inc. explained how his fraternity made this decision for him to speak.

“This was a collective decision from the chapter,” Frazier said. “What would be the most impactful, and what could people listen to? But then we settled to where I can deliver [the message].”

Frazier suggested that the process was mostly straightforward for implementing the authority to make the address after the performance. The idea was to bring the idea to higher representatives in the Black RSO’s.

Jaelin Mitchell, who serves as the Executive Officer of BLACC provided his insight on how to address the message during the performance.

“We called up Jaelin Mitchell, so we asked him how can we write this out,” Frazier said. “He’s the one that gave us the idea of ‘We demand action to keep it simple. Our biggest fear with that was will people understand what we mean by that.”

The Sigma’s intentions were not to shift the tone of the event but to create an awareness of the state of our university.

“We could elaborate the whole situation with what’s going on with the university but we also didn’t want to tarnish that for Mason Madness in a way,” Frazier explained.

Nonetheless, this extraordinary group of young men had an outstanding performance not just representing their fraternity, but representing all Mason students of color.

“When it came to Mason Madness I will say that was something we as a chapter were a little torn on,” Frazier said. “We came to a middle ground with the chapter as we should perform it and on behalf of our sake and the universities sake, because we made that commitment, we changed it up with a bit of our own.” 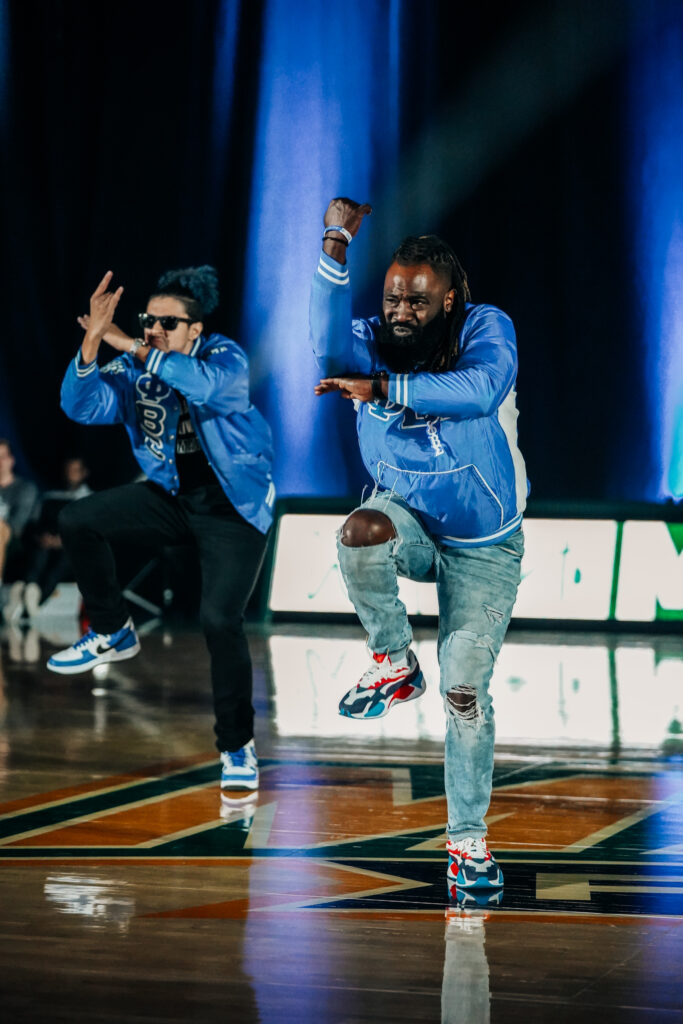 Auburn University will host the first game for the Mason men’s basketball team where they will face off  Monday, Nov. 7 at 8 p.m. Head Coach Kim English has much to look forward to this season for his second year of coaching.

“The guys [in the room] have been working really hard this off-season,” Coach English stated. “We’ve added a lot of new faces, I think seven of them and some really good returns.”