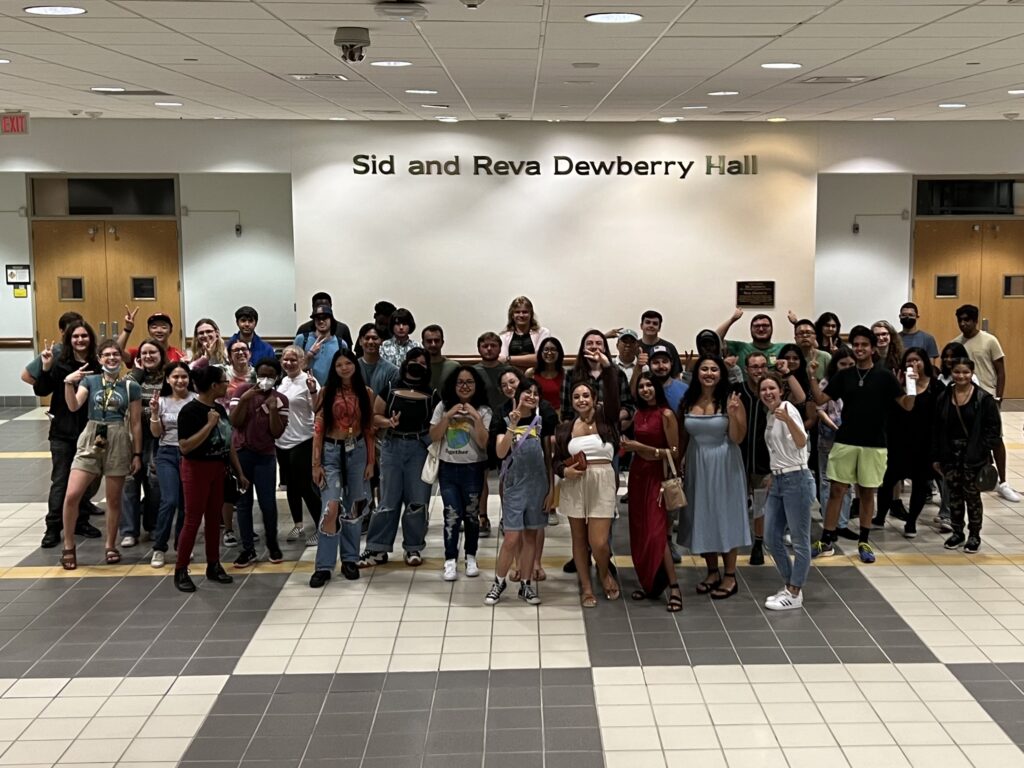 A new social club at Mason has picked up considerable traction. Will it give Mason the social kick it so desperately needs?

Mason has long been considered a school that was severely lacking in social life. Considering that only 25% of its students lived on campus as of 2019 and Mason has previously made the top 20 list for least happy colleges in North America (it placed 11th), clearly, Mason is in desperate need of a revamp in its social life. It comes as no surprise that Mason students were long itching for a chance to be social.

Towards the end of the spring 2022 semester, a new social group was created: GMU Friends. GMU Friends was advertised heavily on social media, and the creator, sophomore Erica Munisar, even handed out and posted flyers around campus. “In my first year at George Mason University, I found it more challenging to make friends than in high school,” Munisar said. “People in my classes did not speak much, and every day I walked past hundreds of people on my way to class without knowing any of their stories.”

Several events have been hosted by the club, with many more being planned in the future. “Our club offers activities both in person and virtually,” said Munisar. “Within our incredibly active Discord server, members have nightly voice chats and even game nights ranging from simple word games to our club Minecraft server that my officers host for the members.”

When asked about recent events hosted within the club, she replied that events hosted included a picnic, a bowling day, a barbecue, and most recently a sunset watch at the Mason statue in which 70 people showed up. According to Munisar, each attendant at the sunset hangout left with a new friend by their side. Munisar also suggests the possibility of yet another large picnic while the weather is still warm. “There is always someone who can join you at an event, a store trip to University Mall, or just to eat together at Southside,” remarked Munisar.

The club’s formation, however, has not been without its hiccups. There is always the possibility of bad actors joining the club with malicious intentions. “Being a large club solely based on meeting new people, we understand the risks,” said Munisar when asked about the club’s safety measures.

“We brief members with a set of guidelines that are the following: Do not look to date or make members uncomfortable in any way, do not reveal personal information such as your dorm building, only meet members in public places or at our club events, and always remember that you are still talking to strangers.”

She elaborated on the club’s zero-tolerance policy on those that break Mason guidelines and club rules, elaborating that violators are immediately removed from the club. “I have appointed nine officers total to monitor events, reports, and its members for their safety,” said Munisar.

“They are a great help to this club and I could not make this possible without them. We plan to expand the amount of officer presence in the club as it grows for greater security.”

When asked why any student should join the club, Munisar remarked that “There is no such thing as too many friends, and each student no matter their major, skills, or interest has a place in this club. We encourage all students at Mason to join our I Need Friends Club because I promise you that the hundreds of people you pass on your way to class every day need a friend too.”

Due to Mason’s reputation as a commuter school, it is rather difficult to find lasting friendships. Hopefully, Munisar can make it easier to make friends on campus.

STUDENT BODY PRESIDENT AND VICE PRESIDENT LOOK AHEAD TO THE YEAR

PATRIOTS FOOTBALL IS IN FULL FORCE THIS SEASON