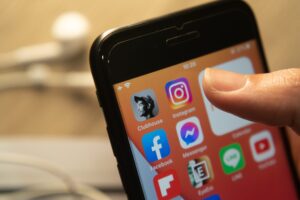 The rise of social media makes radicalization easier than ever, especially by the alt-right

As a bored young teen in 2013, I would typically be binging videos on YouTube. I frequently watched amusing skits, exciting Let’s Plays, and thought-provoking commentary videos.

I loved video games, my favorites being Minecraft and the Legend of Zelda franchise. One of my favorite creators was PewDiePie, who I watched almost religiously for his gaming and vlog content. I also liked browsing through memes on Reddit and an old comedy app called iFunny.

I did not realize it then, but my obsession with the internet and gaming culture was about to define the most toxic and unpleasant period of my life.

On the school bus, I would frequently swipe through various memes on iFunny, looking for a cheap laugh. Suddenly, a meme popped up in my feed that piqued my interest. When I saw it, I was overwhelmed with a rush of emotions I had never felt before.

It was a story detailing a man being falsely accused of rape and committing suicide because of the backlash with the caption “Feminism in Action” underneath. I did not know it, but this was my first exposure to progressivism and feminism, and I hated it.

Feeling attacked by this clear propaganda, I went deep into a rabbit hole of anti-progressive and anti-feminist sentiment. I went from watching PewDiePie and playing Zelda to looking at misogynistic memes and watching commentary channels critical of feminism such as ShoeOnHead and Sargon of Akkad.

My favorite memes came from a now banned subreddit called Men Going Their Own Way (MGTOW), which was the main subreddit for a misogynist hate group going by the same name. MGTOW is an anti-feminist movement that encourages men to “go their own way”, when it really served as an echo chamber for bitter incels who were fed up with women and felt threatened by feminism. Perfect for a socially awkward white boy who felt threatened by progressivism.

In addition to MGTOW, I watched Lauren Southern, a Canadian commentator who pushed controversial ideas such as the myths of the Great Replacement and the “Islamification of Europe”. This was my gateway into the hell that was the Alt-Right. The movement was extremely bigoted and, because of this, it felt forbidden and exciting. So, having no friends and no life outside of the internet, I embraced the Alt-Right.

I embraced far-right, borderline neo-Nazi rhetoric through 2016, until the election of Donald Trump. His provocative rhetoric and embracing of conservative values piqued my interest in him. I especially loved how he made all the “Social Justice Warriors”, whom I hated with a fiery passion, go into hysterics. But as soon as he got elected, I was shocked by the atmosphere of my school. Everyone was desolate and silent, and a few were even crying. It was then and there when I felt something I had not felt before: regret.

Over the years, I turned my life around and began getting  to know people of diverse backgrounds and even managed to get a girlfriend. This became a time in my life that I cherish even to this day.

Now, I consider myself to be very open minded, having mostly liberal political views and even turning to Islam, a faith I once demonized. Most shocking of all, I even consider myself a bit of a feminist. I am happy that I learned from my 3-year mistake, but I’ll never go back to those dark days.

My advice to those facing radicalization: broaden your horizons. You won’t regret it!

MASON HAS 682 TEST POSITIVE FOR COVID-19 IN TWO WEEKS