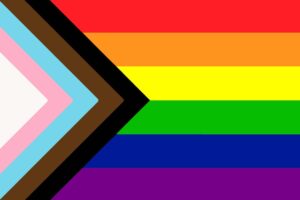 National Coming Out Day is an annual event celebrated on Oct., 11 in the United States, as well as in several European countries. It was first celebrated in 1988 to commemorate the National March on Washington for Gay and Lesbian Rights, which had taken place one year prior.

Around the world, queer people struggle with similar common experiences like navigating prejudice, heteronormativity and homophobia. Another common experience is coming out. Queer people have the unique burden of having to announce their identity to the world so that those around them know and understand who they are.

When National Coming Out Day was first observed, it was very uncommon for queer people to be open about their identity. Today, however, members of the LQBTQIA+ community are more accepted by mainstream society.

Many rights, such as same-sex marriage, have been granted to queer people since the Stonewall Riots, which is considered the start of the modern Gay Rights movement.

Because of this, some critics suggest there is no longer a need for events like Pride Month or National Coming Out Day. However, the reality is queer people are still marginalized and still fight for the space to exist every day.

Society still operates under heteronormative expectations of the people in it. This means that all people are assumed to adhere to heterosexual relationships and to their assigned gender at birth. While it is true that many people follow these expectations, it is not a blanket fact as queer people exist.

We need this day. Days like this to serve as a beacon to let people struggling with their identity know that it is OK to be queer and that there is a community of people like them — they are not alone.

Being queer is still seen as sinful or disgusting in the U.S. and even criminal in other parts of the world. Hate crimes persist against gay and trans people everywhere. Queer people are sometimes forced to stay in the closet for fear of risking their safety or well-being.

While coming out can be simple and does not have to be a grandiose ceremony, it still carries a lot of weight. A person can never really anticipate the reaction of someone they come out to. Sometimes, it is not safe to come out.

Coming out may be a more accepted practice than it was in 1988, but, as long as heterosexuality and being cisgender are the norms in society, it is still a necessary practice. Queer people must come out in order to claim their own space and make sure people truly understand who they are.

National Coming Out Day celebrates queerness. The occasion announces that queer individuals exist in almost every facet of society and that homophobia is still preventing people from living their life as their authentic self. This day looks to celebrate all queer people, whether they have come out of the closet or not.

View all posts by bendealey →