The dating app created by Mason students reaches a milestone

At the beginning of this year, computer science majors Cameron Smith and Dennis Nayandin’s app SpecUdate was in its alpha phase. The app had about 500 sign-ups for the beta release and a marketing team of one. Just a few months later, the app is now available for download on Google Play and the App Store.

Nayandin and Smith came up with the idea for SpecUdate while looking at all the dating app options available for. In their opinion, most dating apps just provide users with pictures, a quick bio and some basic info for you to get a gist of who you are going to message. What they seemed to be lacking, in the eyes of Smith and Nayandin, is a way to ease into conversation. 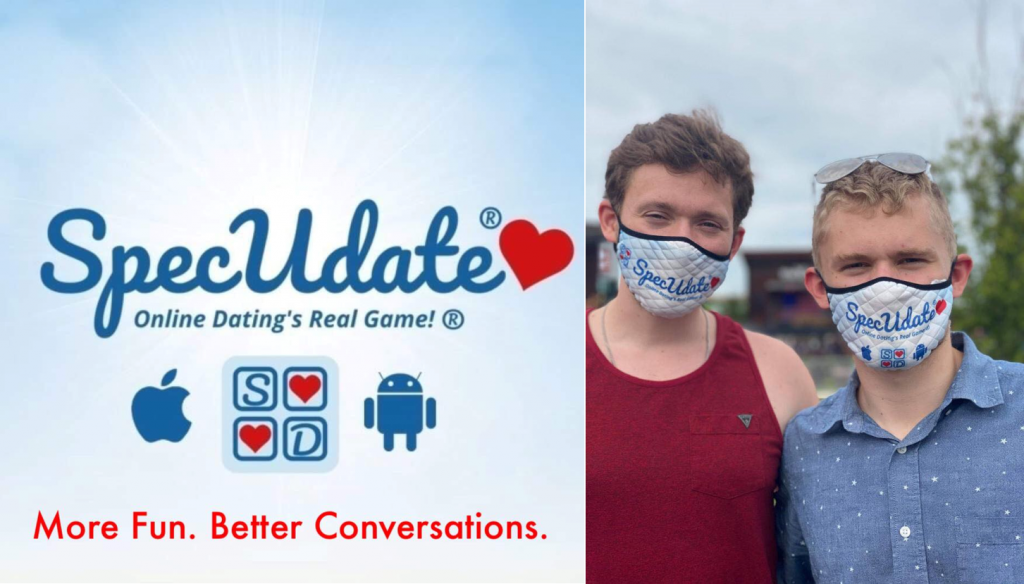 SpecUdate seeks to remedy that.

When creating a SpecUdate account, the user inputs two truths and one lie as well as a simple true or false question about themselves. Interested users must answer the questions correctly before messaging. Though it feels like something you would do on the first day of class, it can help avoid those first few awkward messages.

“The good thing about it is that the games are really good icebreakers,” Kinesiology major and SpecUdate user Will Pietri said. “And, like, it leads to a more in-depth conversation.”

Unsurprisingly, the release and update of SpecUdate was affected by the COVID-19 pandemic. Before the pandemic, Smith was known as “the SpecUdate guy” on campus. His marketing strategy included standing outside busy buildings on campus — clad in his SpecUdate shirt — handing out contact cards and talking to people interested in the app. Social distance guidelines forced him to focus more on social media marketing.

When Fourth Estate last talked to them, Smith and Nayandin estimated having around 1,000 to 2,000 sign-ups by the end of the semester. Currently, they have 1,500 users for their release.

“All in all, it’s been incredible,” Smith said. “I mean, we’ve been working on this project for over a year and a half … we feel lucky to have the amount of support from students and people [who] signed up.”

Smith and Nayandin have made adjustments to cater to users who are now at home instead of on campus. At first, the app offered a 100-mile radius, and has since widened to a range of 300 miles so Mason students can still make great connections from the comfort of their home. Also, Nayandin and Smith are striving to create an inclusive app for more than just Mason students. They hope to expand to the rest of northern Virginia and Washington, D.C. in the future.

Another update to the app S that both Nayandin and Smith wanted to emphasize was  increased inclusivity for the LGBTQ+ community. At the recommendation of Adrian Scalzo, a former GMU Pride Alliance member, there are now a variety of options regarding gender and sexual orientation.

“We have male, female, non-binary [as options],” said Smith, “but if you’re someone who wants to describe themselves as something else [you] can also type that in.”

As for sexual orientation, there are now more options which include lesbian, gay, pansexual, bisexual and asexual.

“A lot of other services we felt, before we made this app, make it more stressful for people and make it more superficial, and sometimes it’s degrading, which — we want the exact opposite experience of that,” Smith said. “One thing I think is really important is that, you know, we’re passionate about [this] problem.”

THE ARRIVAL OF GREGORY WASHINGTON