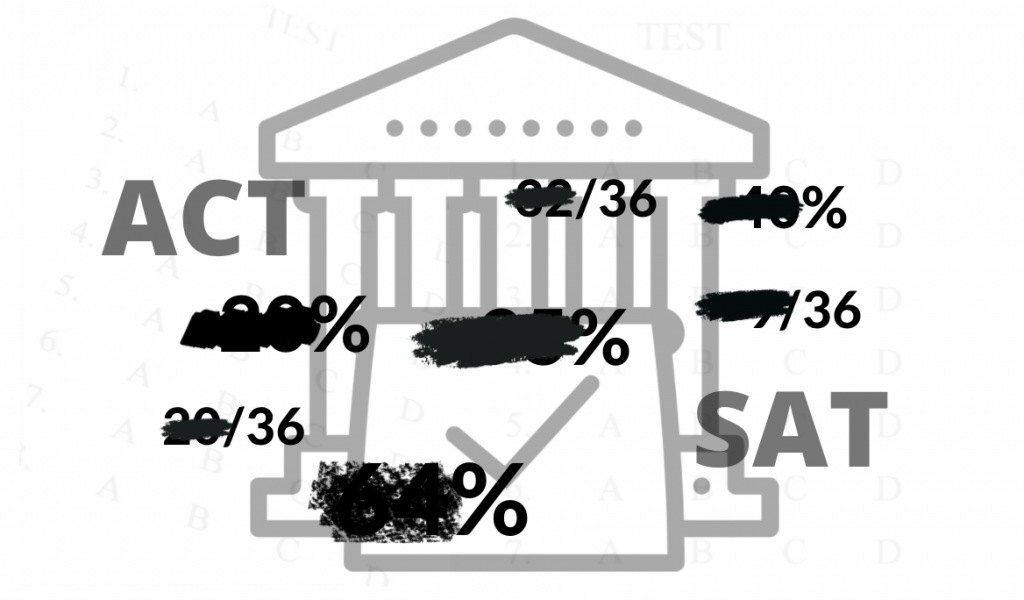 In recent months, major universities such as CalTech and the University of California system have announced plans to go “test-blind,” where standardized tests such as the SAT and ACT will no longer be considered in undergraduate admissions. Numerous major universities have gone “test-optional,” joining a list of more than 1,600 other colleges, including Mason, that no longer require the SAT or ACT.

Recall the purpose of admissions in the first place: to identify and admit students who are likely to succeed in college. Admitting unprepared students sets them up for failure. The use of standardized testing is meant to predict whether a student will succeed, usually in terms of college GPA or graduation rate.

Determinations of test bias must be based on whether the test accurately predicts the desired outcome (in this case, college or graduate school performance) across all racial groups. If a test underpredicts or even overpredicts this desired outcome for a minority group, then it is biased.

When looking at the statistical research on the SAT and ACT, there is a seemingly endless body of evidence showing that standardized tests do not exhibit predictive bias. In fact, there is even evidence for overprediction: Test scores tend to predict higher levels of success for minority group members than majority group members. This isn’t uncommon knowledge among faculty. Even at the University of California system, faculty voted to keep the use of standardized testing because of its fair and valid prediction of college success for minority candidates.

The alternative to standardized testing presents far worse bias concerns. For example, research suggests that personal statements offer no additional predictive validity beyond the use of standardized tests and prior grades. GPAs tend to be inflated and inaccurate depending on socioeconomic status, and the validity evidence for letters of recommendation is mixed at best.

Going “test-optional” will only further exacerbate the lack of diversity found on college campuses, as those with the means and resources to take a standardized test are able to submit them. Going “test-blind” will result in colleges having to rely on far less valid and reliable metrics, many of which are plagued by even more deeply rooted problems of test bias.

Racial inequities in education exist, and we must do our best to level the playing field. But removing the use of standardized testing in admissions won’t fix the problem, and it might just make it worse. Schools in poorer areas still lack the resources necessary to prepare their students for college. Standardized tests themselves have been improved to remove cultural bias in the way questions are asked. Moreover, with COVID-19 pushing standardized test companies to offer online options, the accessibility factor might be resolved as well.

If the 2019 college admissions bribery scandal taught us anything, it’s that the admissions system is broken and relies too much on personal biases and prejudices. We need to base admissions on research-backed scientific evidence, not make bandwagon changes that don’t help or might even worsen the situation.

Fall for the Book: Authors Jennifer Hirsch and Shamus Khan