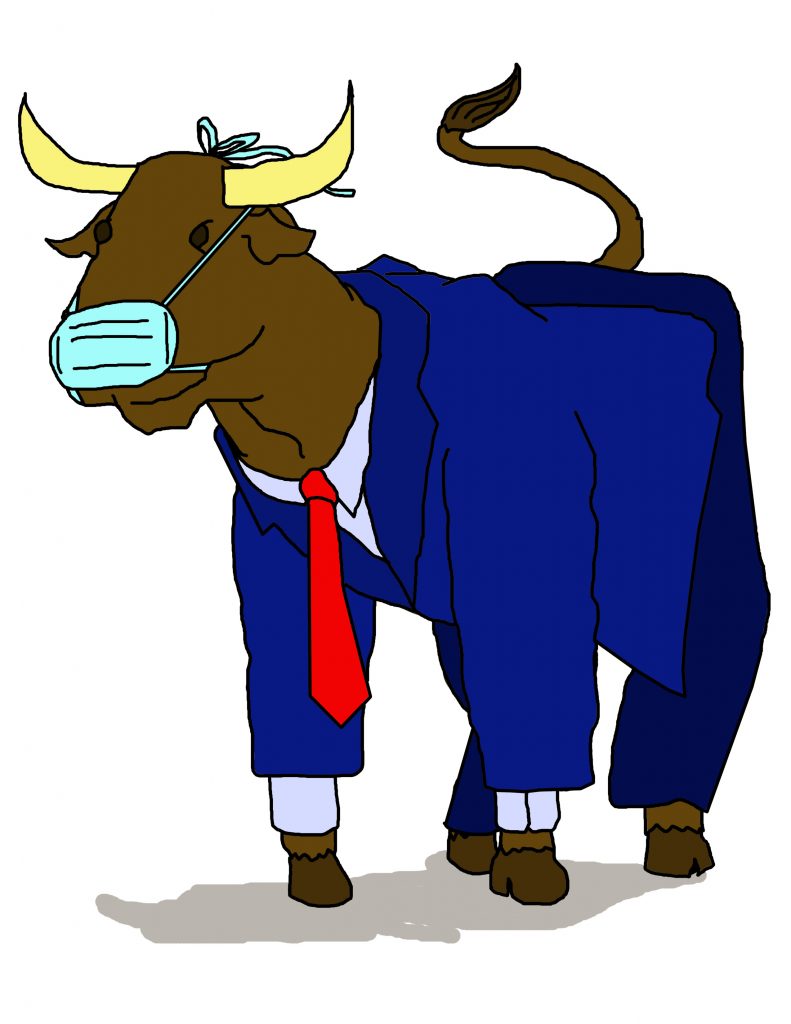 Editor’s Note: The following is not a transcription of a real press conference.

The Centers for Disease Control and Prevention (CDC) have issued new guidelines to diminish the spread of the coronavirus.

CDC spokesman Benjamin Haynes spoke to reporters this afternoon via Zoom teleconference. After struggling with a poor connection, sound quality issues and countless can-you-hear-me’s, he gave his full report. Following the statement, reporters were invited to ask questions.

“How often should Americans wash their hands?” a reporter asked while rubbing his eye.

“The World Health Organization [WHO] recommends that people practice basic hygiene and avoid touching their faces,” he said. “According to multiple studies, people touch their face 16 to 23 times an hour.”

The man seemed puzzled, then replied “So, according to my math, that means we should wash our hands 30-40 times an hour.”

The reporter cut him off with another proposition. “So what you’re saying is, the best way to do this is set an alarm. And for those Americans who are extra concerned, you’d recommend this throughout the night as well?”

“Well,” Haynes sputtered, trying to regain control, “that might be a bit extreme.”

“Nonsense,” the reporter countered. “Everyone’s family and friends will be thankful for these precautionary measures, and not the least bit annoyed.”

“Many Americans are concerned with a lack of medical supplies, and have taken it upon themselves to stockpile,” another reporter chimed in. Four bottles of Purell hand sanitizer and eight Clorox wipe canisters stood at attention on his desk. “What do you say to those who have carelessly disregarded advice not to do so, and how much is too much?”

“Listen, I’m going to be honest with you,” Haynes began. “Forget toilet paper — that’s going to be gone no matter what,” he said with a sigh. “Instead get some reading materials, you’re going to be air drying for a while.”

The reporter seemed satisfied. “So what I’m hearing is, in regards to how much is too much, we should disregard the safety of everyone else.”

“No, not at all!” Haynes exclaimed.

The reporter took no notice and continued, “And our best option is to think only of ourselves.”

A balding reporter sneezed before beginning his question. “How can we ensure a healthy competition between the hospitals and healthy public?”

Haynes urged Americans to stop purchasing key medical supplies from wholesale suppliers. The reporter ignored this advice and jotted down his own: “Your health is more important than that of the ill.”

“What do you do when you run into someone who potentially has the coronavirus?” a timid woman asked while sporting a painter’s mask and yellow rubber gloves — despite being in her own home.

“I’m going to reference the WHO’s guidelines,” Haynes said. “Anyone who is experiencing any symptoms should self-isolate and contact their healthcare provider.”

“Really, is that it?” the reporter asked quizzically. “I read that you shouldn’t bless people when they sneeze. By opening your mouth to speak,” she continued, “you are inviting all of their germs to rush into your healthy body.”

“No, this is a time for us to be compassionate,” Haynes countered.

“Are you sure?” the reporter asked. “A source told me Americans should always wear earbuds. That way the germs can’t crawl down your ear canals and infect your brain.”

A different reporter’s eyes widened, and he momentarily left the screen, presumably to find and disinfect AirPods, then shove them as deep into his ears as they could go.

“That is entirely false,” Haynes said. “The only thing the music would do is drown out any good news, so you can focus on doomsday preparations,” he said with an edge to his voice. “That was a joke.”

But it was too late. Keyboard clicks and clacks filled the air, as reporters jotted down this new information.

“Insider sources have told me about a new recommendation regarding the falling stock market,” a nerdy-looking reporter said while adjusting his large-framed glasses. “Is this advice true?”

“If you are referring to the recommendation to put a mask on any bull you run into, then no.” He sat up straighter and looked directly at the camera and said, “The CDC strongly discourages Americans from approaching dangerous animals.”

The reporter seemed shocked. “But, it’s up to us to save this market!”

“I will not entertain this absurdity any longer. Next question.”

“In light of the new recommendations of social distancing,” a groggy reporter asked, from what appeared to be the comfort of his own bed, “what activities will keep people entertained while still being beneficial?”

“That’s easy!” Haynes said with a smile. “Read a book, call your family and friends, start learning a language.”

The reporters seemed to agree with this advice. “Yes, the cheery green Duolingo owl may be just the friend Americans need during their indefinite solitude.”

Haynes ended the press conference by reminding the public to be critical of what they read.

A reporter took this advice to heart and chimed in. She encouraged her fellow journalists to check out screenshots of random text messages that warned of a national quarantine from her best friend’s uncle’s dog trainer’s divorced cousin who works as a janitor in the Pentagon.

A second reporter recommended these reliable sources for more updates and clean and clear reporting.

“You should trust all news sources and immediately pass along information to your friends and family,” the reporter concluded. “The more information, the better prepared you’ll be.”

Haynes ended the call and put his head in his hands, defeated. “Perhaps stupidity will kill them before the virus,” he thought. “There’s nothing I can do about that.”

Why Overbuying is a Bad Idea