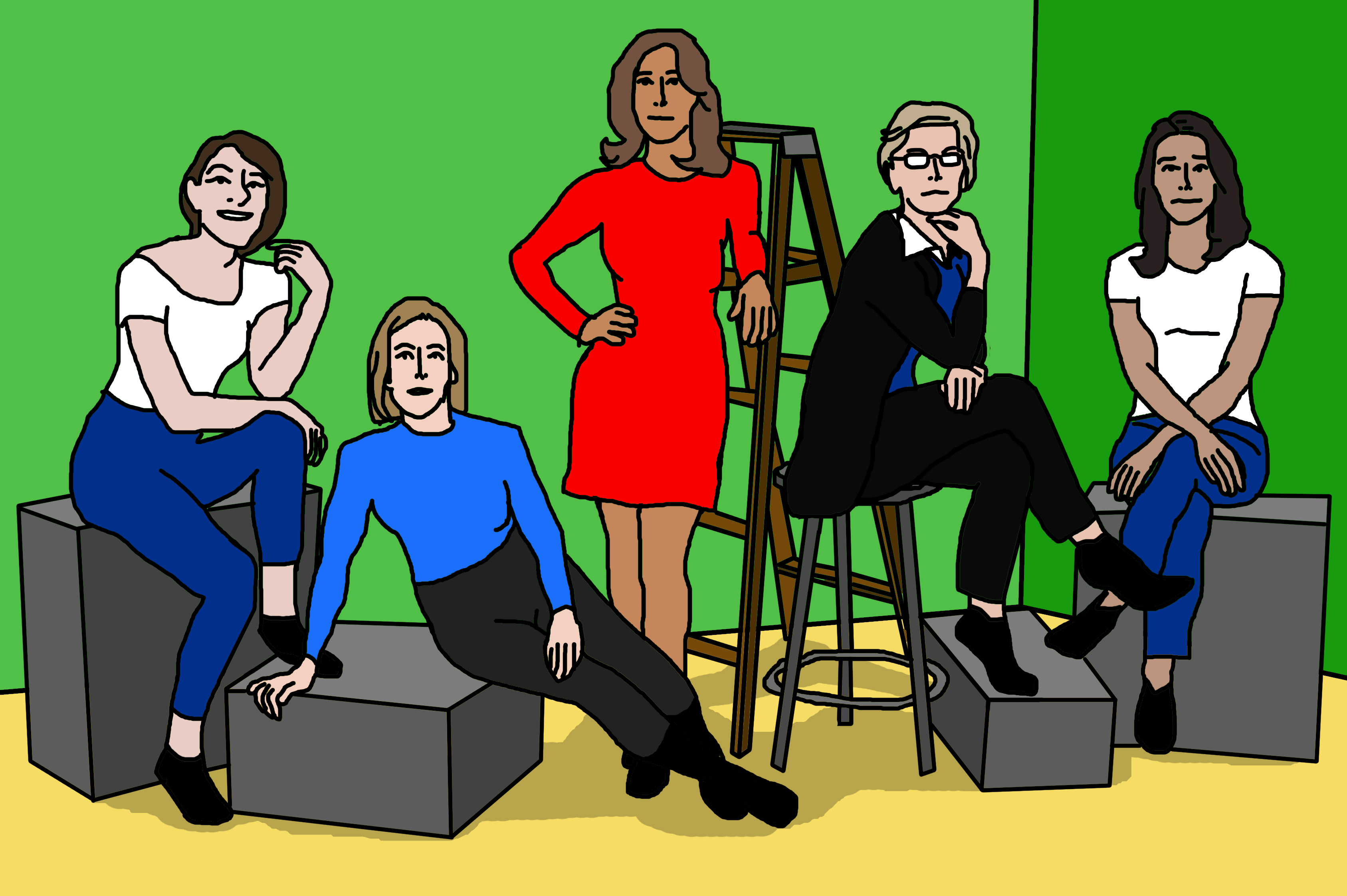 What started as the most diverse Democratic candidate pool whittled down to what the nation saw on the March 15 debate stage: two white men in their 70s.

Out of the numerous candidates that began vying for the Democratic nomination last year, there were six women. They came from varying backgrounds and brought with them different skill levels. They also brought passion and determination. And in the face of adversity, they fought for change.

However, on March 5, just three days before International Women’s Day, Elizabeth Warren announced the end of her campaign, marking the exit of the last serious female candidate.

“I want to start with the news,” Warren said in an emotional call with her campaign staff. “I want all of you to hear it first, and I want you to hear it straight from me: today, I’m suspending our campaign for president.”

To many, Warren’s announcement felt like the end. To those who were clinging on to hope even as one by one the female candidates dropped out. To all those little girls Warren made pinky promises to that now have to wait four more years for a woman president. To everyone who thought this was the year.

People’s goals seem less about finding a candidate they can agree with and more about finding one who can “beat Trump.” A phrase that seems to automatically disqualify women, perhaps with the memory of Hillary Clinton’s defeat still looming in people’s minds.

“It becomes a kind of vicious cycle,” said Debbie Walsh, director of the Center for American Women and Politics at Rutgers University in an interview with the New York Times. “There’s a sense that there was backlash about the Obama presidency, and Hillary Clinton didn’t win — so the conventional wisdom, which starts to feed on itself, is, ‘Well, we’d better just elect the thing we’ve always had,’ which is white men.”

So last October, I asked the daunting question that was on the minds of many: Is America ready for a female president? I concluded no. But after watching every debate and seeing the way Kamala Harris and Amy Klobuchar held their ground and spoke with conviction, the way Warren destroyed Michael Bloomberg in one fell swoop, I had a glimmer of hope that maybe I could be wrong.

As I watched these strong, passionate, talented female candidates share their plans for the future, I thought maybe America would see how hard they had fought to be there and how hard they would continue to fight.

It all ended up boiling down to one word though: electability. The one word that managed to stamp out the campaigns of experienced women.

But the fact of the matter is, anyone is electable if you vote for them. So stop telling your daughters they can be president one day if you are unwilling to vote for a woman president today. And stop asking women to endorse other candidates — endorse women when they are still in the race.

“Any woman in politics right now, when you get to these highest levels, you have to be resilient,” Klobuchar told a group of voters at a January rally in Iowa. “You have to be so tough that you are definitely tough enough to beat Donald Trump.”

Since women make up more than half of the population and have proven their political capabilities, it seems like it is time for them to be represented in the Oval Office. In 2020, we saw six female candidates. I hope that in 2024, that number will grow. This fight is worth it.

“Choose to fight only righteous fights, because then when things get tough — and they will — you will know that there is only one option ahead of you: nevertheless, you must persist,” Warren said.

Because that’s what girls do.

NCAA and Atlantic 10 announce cancelation of spring competition and championships