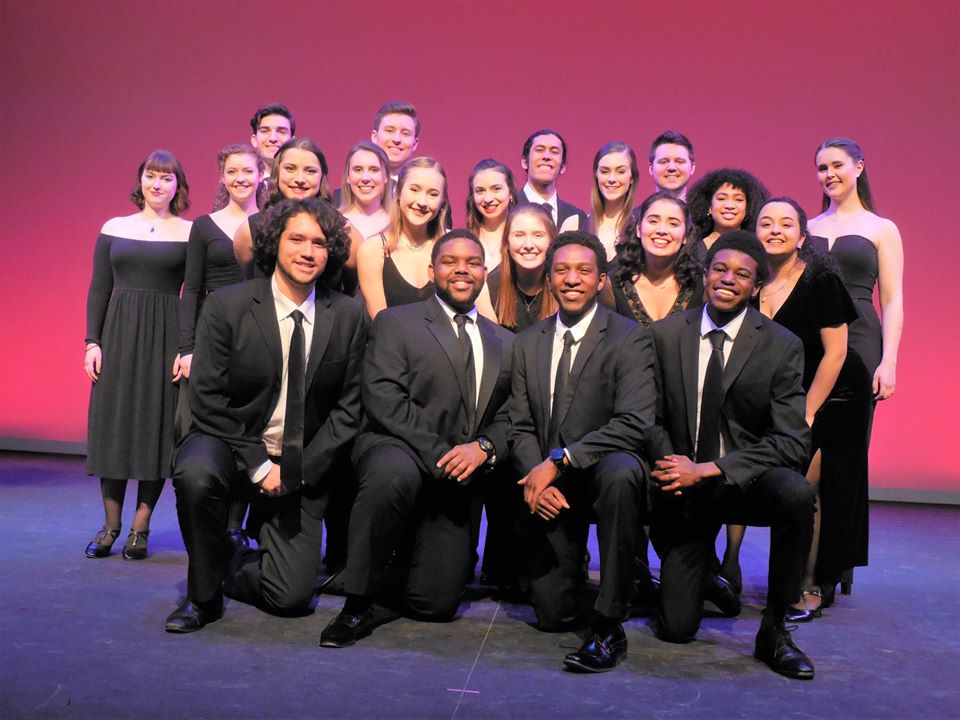 The Mason Cabaret debuted their first spring show of the semester on Friday, Jan. 31, in the Harris Theatre, performing American standards to an eager audience. Directed by James and Erin Gardiner, the background of Harris Theatre created a very fitting yet simplistic atmosphere for the performers to showcase their talents. Walking into the theatre and seeing only a piano and a screen set up on the stage left not much to the imagination.

But, given the chance, the screen glowed to life with each and every performance and changed to fit the mood of the song. It also cast the performer in a shadow while they walked to the center, creating a sense of mystery up until their face finally showed.

The piano, handled by the Assistant Professor in Accompanying and Vocal Coaching Joe Walsh, was another perfect addition to this performance. Walsh interacted with each performer very well and vice versa, as the performers regularly motioned to Walsh, sat next to him on the bench and told the audience to give him a hand.

“Be Careful It’s My Heart” by Irving Berlin, performed by Tony Lemus, stunned the audience with the amazing singing and the cute surprise of a heart prop that he used throughout the performance, also the light red background for the song added to the feeling of romance.

Following Lemus, was “My Funny Valentine” by Rodgers and Hart, performed by theater major Molly Nuss. Nuss sneaked onto the stage right before the end of Lemus’ song. After he finished, he sees her, hands off the heart and leaves the stage.

Another audience favorite was the aptly named “I Won’t Dance” by Jerome Kern and Dorothy Fields, performed by Drake Leach and Ariel Kraje. The acting for this scene alone was enough to wow the audience. The way they weaved together the music and their acting helped to take their performance to another level.

Leach and Kraje both worked off of each other very well, creating a comedic scene for the audience to laugh at while also delivering a gift to their ears in the form of the song.

Honorable mentions include Hasan Crawford and Bella Lerch’s performance of “Let’s Call the Whole Thing Off” by George and Ira Gershwin. Santiago Alfonso Meza brought the audience back in time to 1949 with his performance of “Some Enchanted Evening” by Rodgers and Hammerstein.

Finally, Jeffery Trent’s show-stopping and dazzling performance of “Smoke Gets in Your Eyes” by Jerome Kern and Otto Harbach was another performance of note.

Overall, the group ended the second week of this semester with an incredible show that concluded with a satisfied audience in the Harris Theatre.