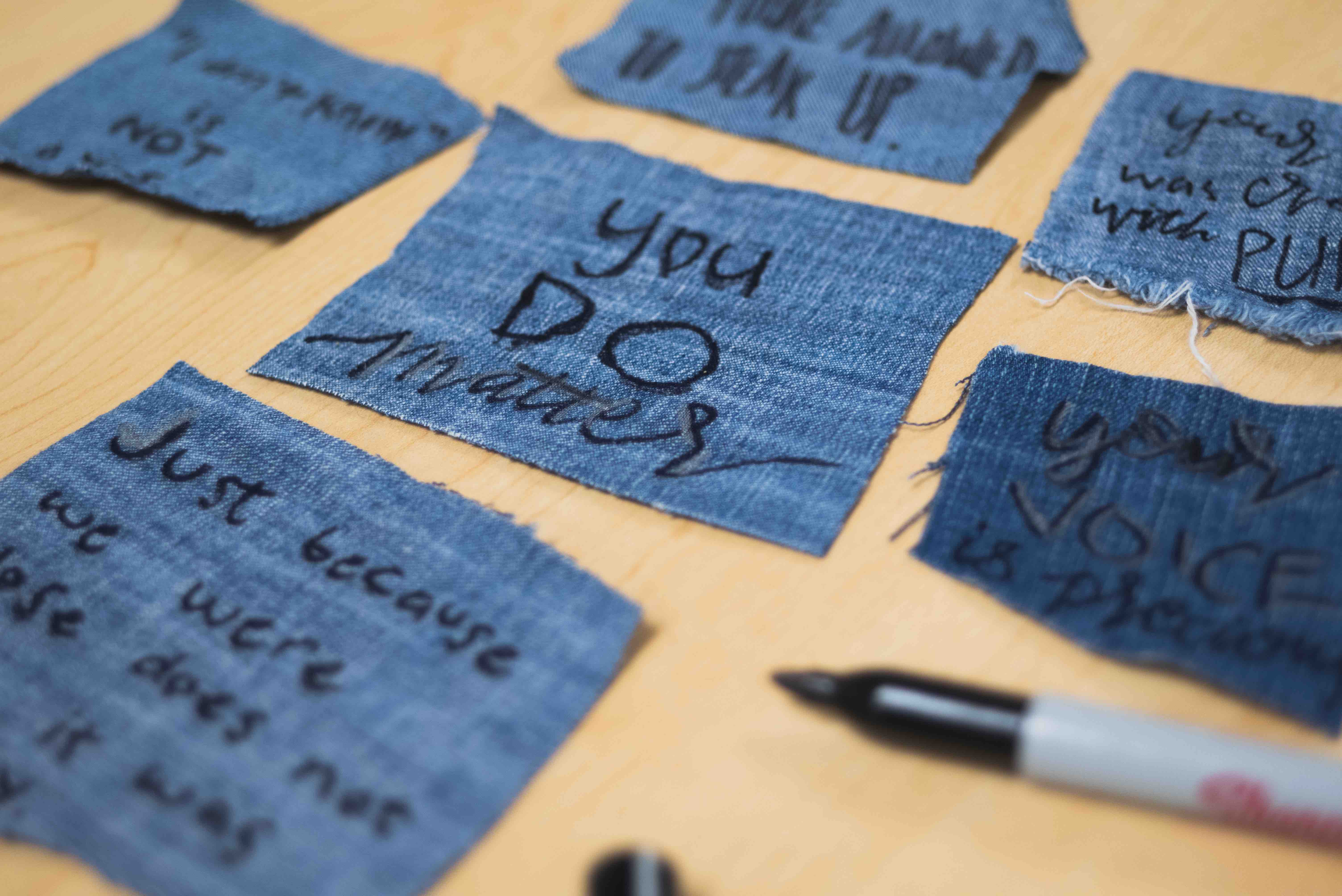 Denim Day was held on April 24 to raise awareness of sexual assault. Students wear as much denim as they can the whole day to send the message that there is nothing anyone could do or wear to deserve sexual assault.

Mason’s Denim Day is headed by the Sigma Psi Zeta sorority, who sell buttons and self-care kits to raise money for different donations each month for various charities that share their message. The sorority’s national philanthropy is “To Combat Violence Against Women in all of its varied forms,” according to Sigma Psi Zeta’s website, “This includes, and is not limited to, rape, incest, domestic violence, sexual assault, stalking, exploitation,” and more. The sorority also uses the term “womxn” to include “trans women, non-binary women, anyone who identifies as a woman as well,” said Sarah Woodward, one of the philanthropy chairs of the sorority. 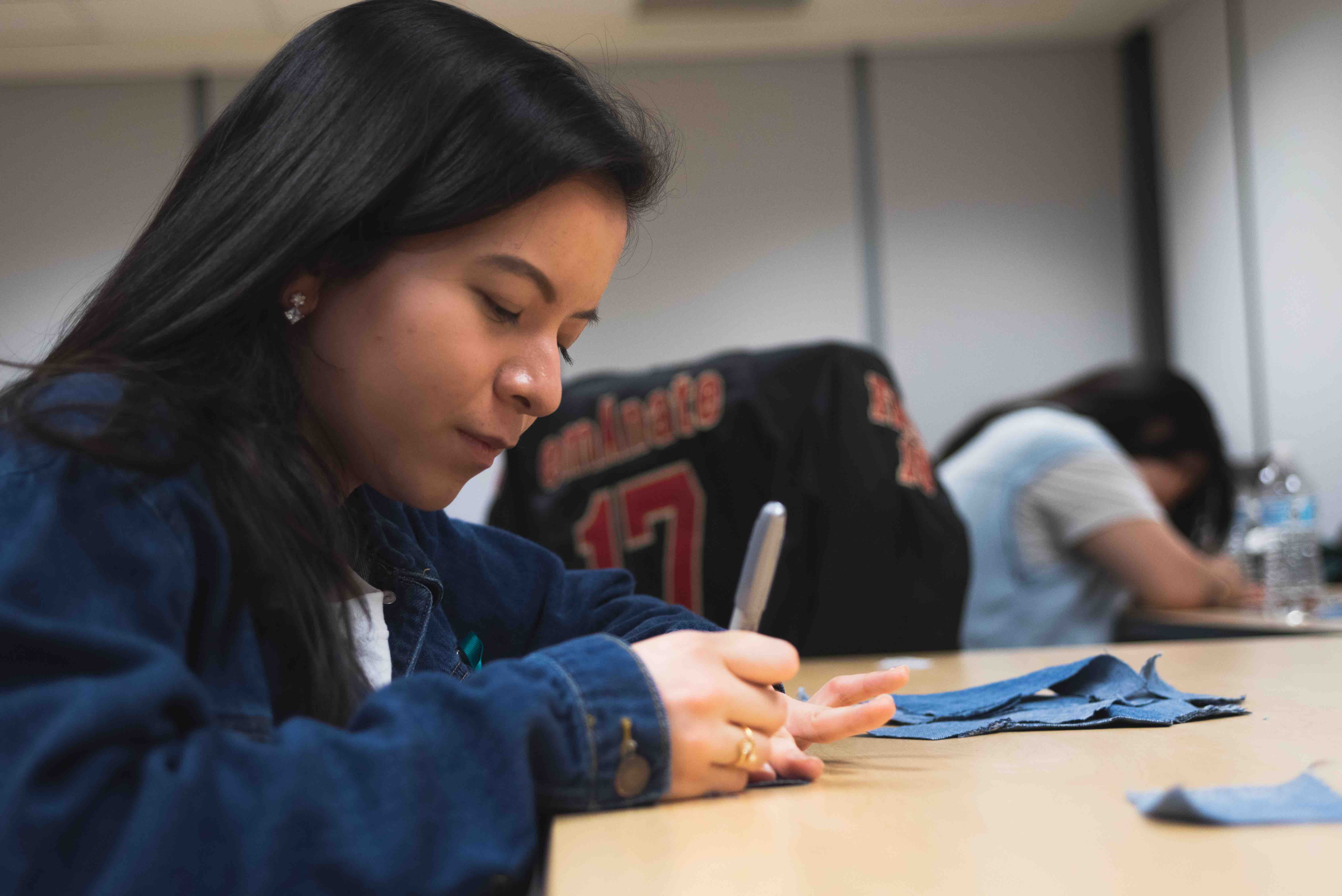 The sorority explained that the origin for Denim Day comes from Italy in 1992, where an 18-year-old girl was sexually assaulted by her 45-year-old driving instructor. She reported the assault, and the man was promptly arrested. Years later, he appealed the conviction by stating it was consensual because the girl helped him remove her jeans. Because of this, he was let free, and this became known as the “jeans alibi.”

“I think Denim Day is so important to raise awareness and to be in solidarity for sexual assault survivors, or survivors of sexual violence in general,” Theresa Hoang, another philanthropy chair of the sorority, said. She explained that sexual assault can happen to anyone—both women and men—in any type of clothing, denim or not.

The sorority hosted a meetup in Buchanan Hall on April 25 to create a safe space for survivors, sorority members, or anyone wanting to learn how to help raise awareness. At this event, they also shared tips on warning signs of sexual assault as well as ways to support someone who has been sexually assaulted to students.

One of their main goals for Denim Day was to “bring awareness to students too that we do have students who are sexual assault survivors, who are survivors of domestic violence,” Hoang said. 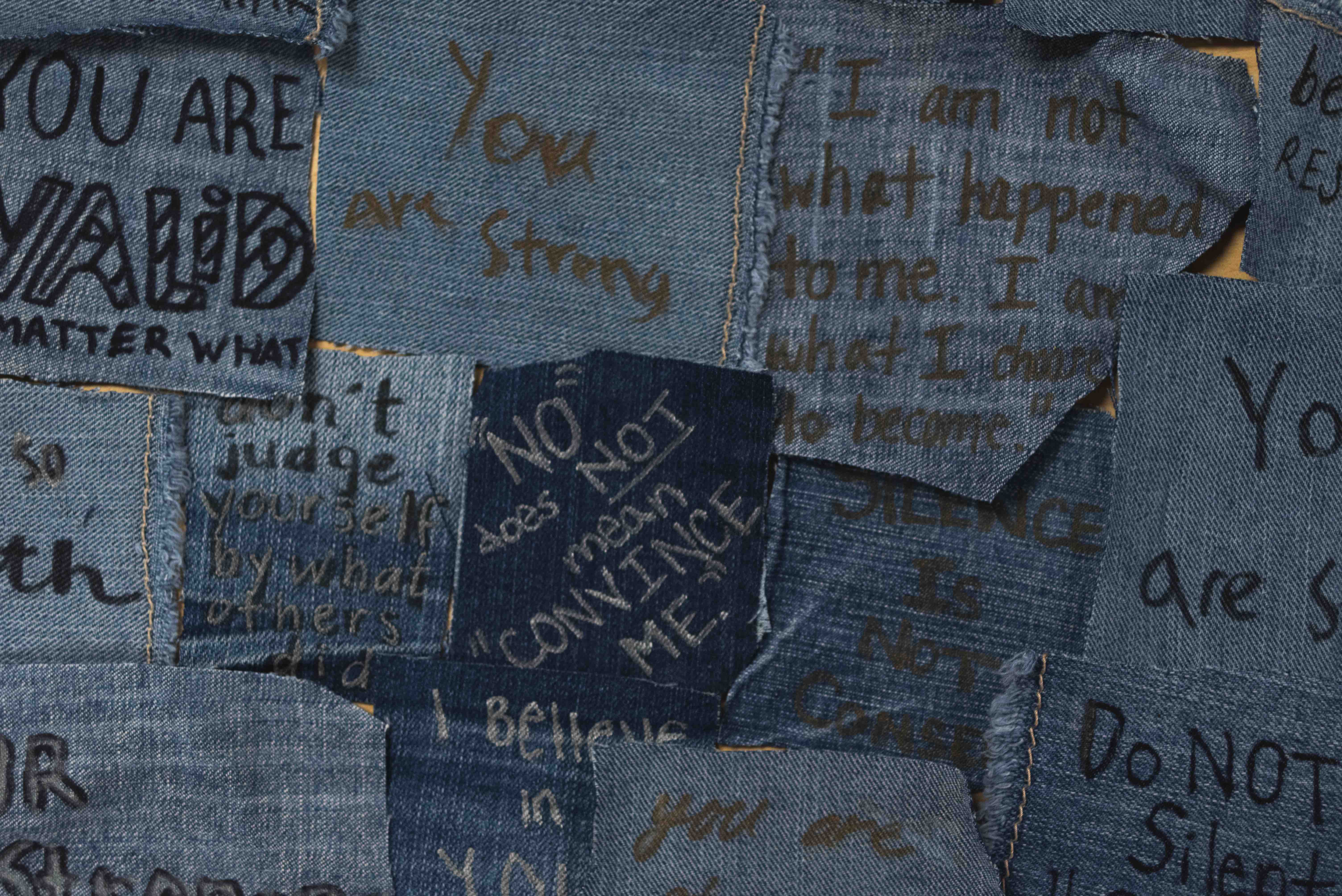 Some warning signs for a person who may have been subjected to sexual assault could be depression, low self-esteem, falling grades, withdrawal from relationships or self-harming. If you also notice their partner pressuring them or controlling them to do certain things, they could be a victim.

Ways to support someone who has survived a sexual assault are to offer your presence, foster a safe and private environment to talk about their feelings, allow the survivor to make their own decisions and remind them that what happened is not their fault. The sexual assault hotline can be reached at 1-800-656-4673.

The members of Sigma Psi Zeta concluded the event with having everyone attending write an empowering message on a scrap of denim.