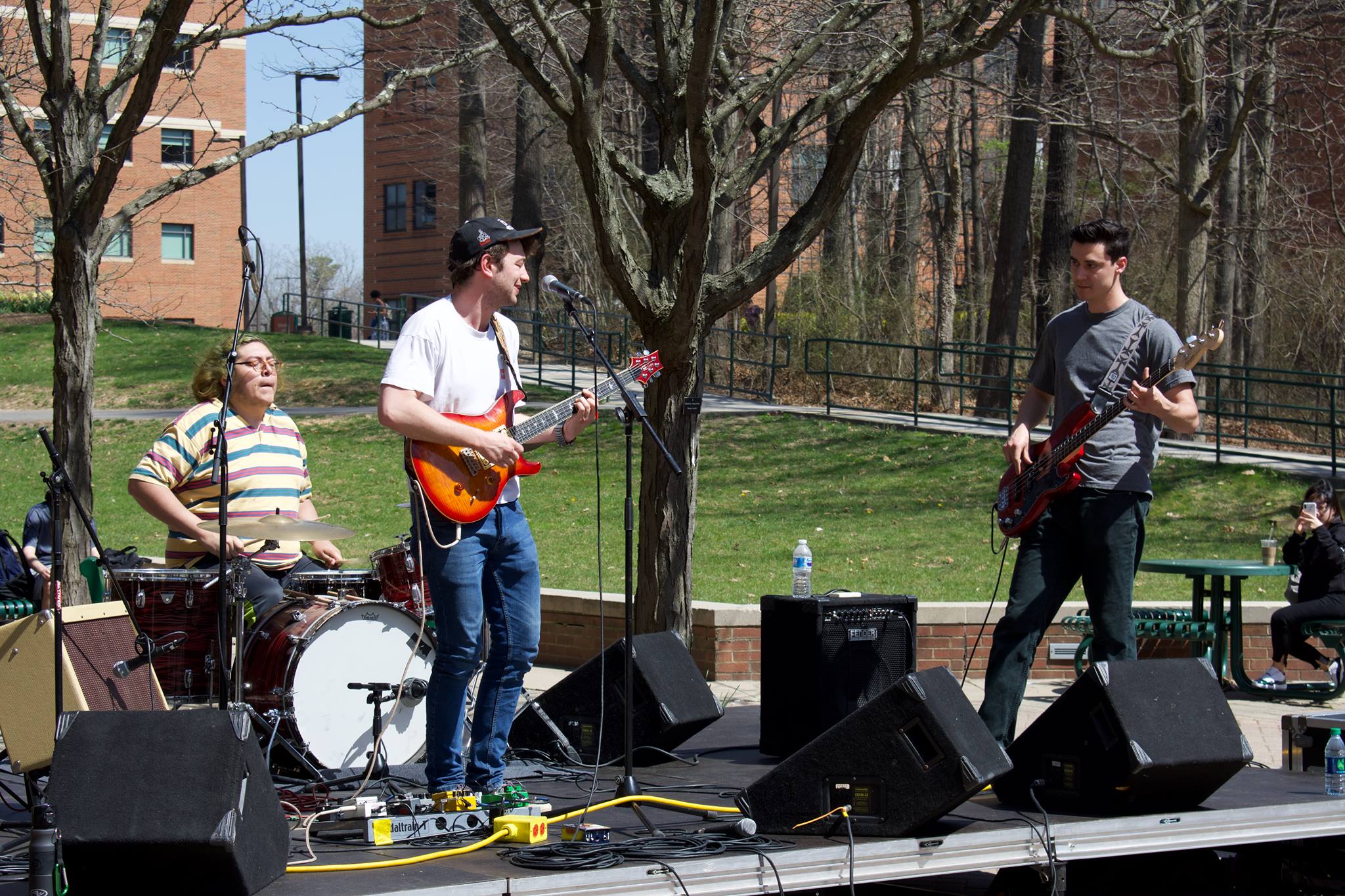 Photo courtesy of The Band Cecile

In 2015, local Mason band Cinema Hearts sat down for an interview with Fourth Estate about their music and their band. At the time, Caroline Weinroth, lead singer-guitarist of the group, said about the music being made around here, “The scene around here isn’t dead. It’s just not adapting. There’s a bit of a sense of entitlement, and with it comes apathy or a sense of exclusivity. I feel like everyone thinks they have to ‘make it,’ somehow.”

Four years later, she would like to think that the scene has changed. She hopes that Plazapalooza, the music festival she began, helped to make the local music scene a little more open and a little more accepting.

“I think the point of music is building community, is sharing positive messages and love through art,” Weinroth said. “And I really think that being part of Music Productions Club and helping out with Plazapalooza … really reminds me that it shouldn’t be about Spotify streams. It shouldn’t be about curating your Instagram profile to get the most music fans, because in the end, that can be really fleeting. I think, ultimately, the impact of music is how it can affect people and how it can bring people together.” 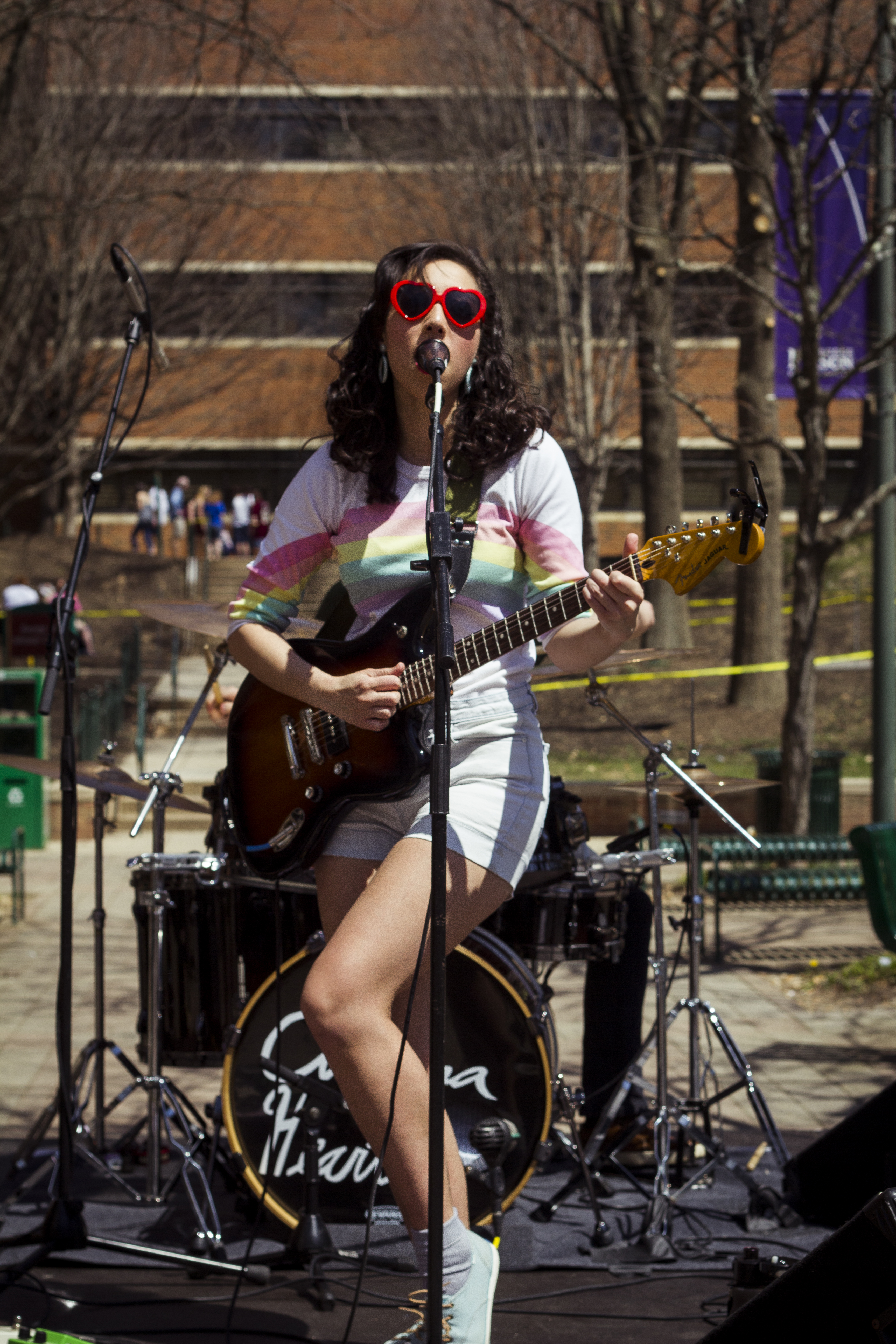 The festival began in 2016, when Weinroth was a senior at Mason and president of the Music Productions Club. At the time, 13 different student acts performed in the Lecture Hall from noon to 7 p.m., showcasing all of their different work and the diverse sound of Mason’s musicians.

“I remember … when I was in undergrad at George Mason, I had a lot of my first performances at open mic night and different Student Involvement, student organization events. But there was never really a concert venue or a musical festival that happened on campus, an opportunity that was sort of one-level-up from an open mic,” Weinroth said. “And there’s not a lot of places to play in the Northern Virginia area that aren’t bars. So I was really interested in creating a safe and friendly and inviting space for Mason musicians to play their original songs and show off what they can do.”

Now in its fourth year, the festival has expanded greatly. More than 30 local acts applied to be part of this year’s lineup, with only 13 accepted to perform from 1 p.m. to 10 p.m. April 19.

“So what we did for the application is that we asked … all the bands to send their links to their music, links to videos of them performing, stuff like that,” Janis Woodward, the current president of Mason Productions Club, said. “And so we all got together, all the officers, and we went through each artist and listened to them, and then we would vote on who we thought best fit the Plazapalooza lineup.”

Some of the artists, such as Catchin’ Toads and A.S.K., were new to the festival this year. Another is Promise Nothing, which has released several singles and is currently working on a debut album scheduled to come out late this summer. 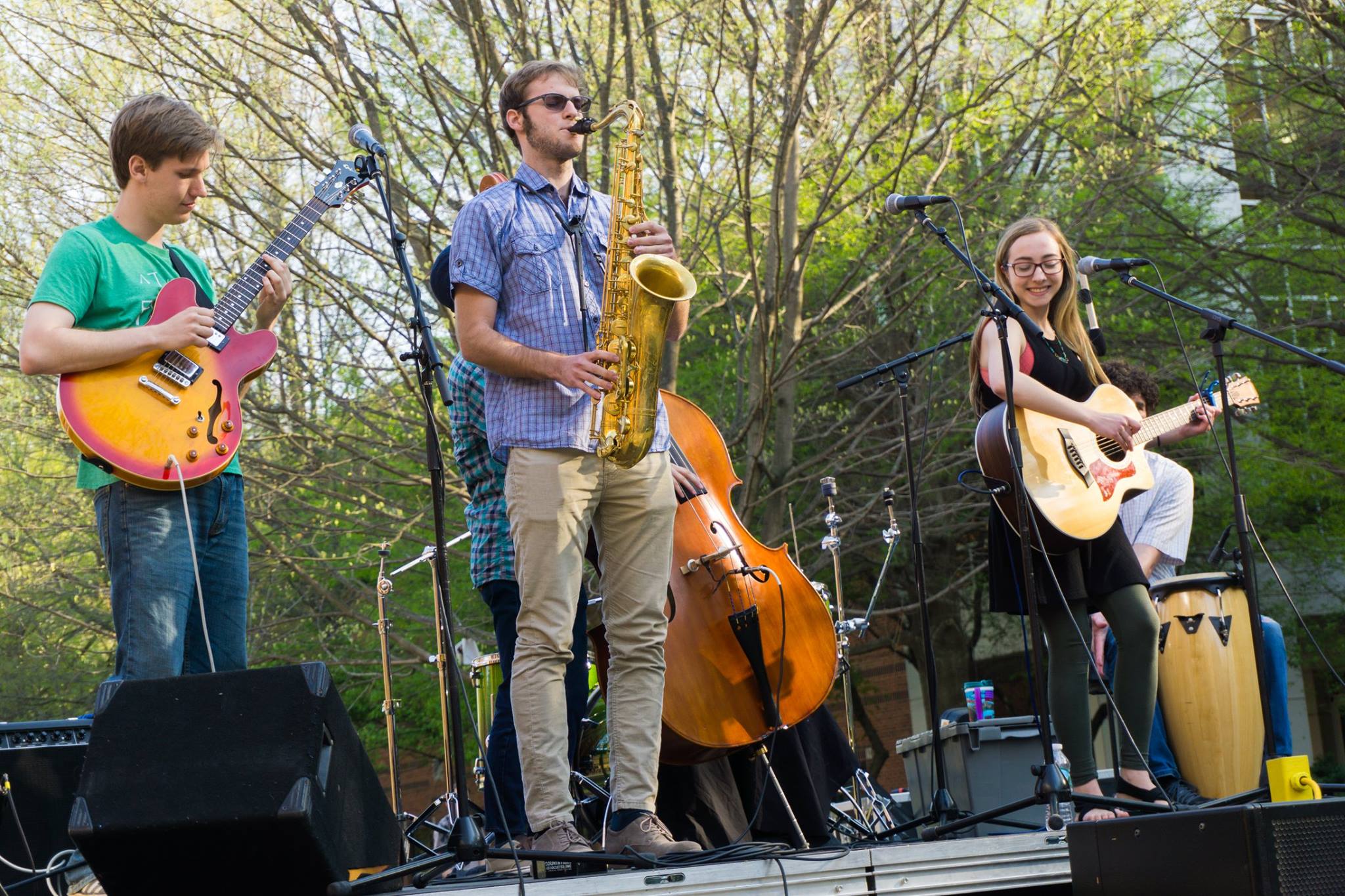 “I think also, it’s more of just expanding and networking and playing with other bands in different locations, [regardless of] if it’s a school or if it’s in D.C. or wherever,” Promise Nothing’s drummer, Sean Gorena, said. “It’s just more of this playing wherever and just having fun.”

Another group that performed at Plazapalooza for the first time is Touch the Buffalo, an Arlington-based rock band with an EP and a new single, “Nerd Love,” out now.

“For me, it’s just seeing people vibe with what we’re doing,” the drummer, Jonathan Ibarra, said. “We’ve worked hard to be tight as a unit, so seeing it pay off is always my favorite thing, which is why I’m excited to play.”

Other groups, such as pulses., have performed in the festival for years now. Formed in 2015, the band has released several different projects and is currently working on its second album.

Both the organizers and the performers themselves were excited for the event.

“It was just like, ‘Yep, I want to do it again,’” Taylor said. “Especially since this is my senior year. Hopefully, I will be graduating at the end of this semester. So just a way to kind of send off.”

For Touch the Buffalo, it is a way to become better as a group. “I think for me, playing a festival is going to help me grow more in tune with the band. Just playing more live shows and having a bigger crowd really makes us all have to be in sync way more,” Ibarra wrote.

Performing at Plazapalooza is also a way for the bands to meet other musicians they can perform with in the future, helping local music groups become closer.

“I think every time we play out, we always meet a new connection, whether it’s a new friend or some people that want to play a show with us or a band that really likes us,” Gorena said. “…I know we’re going to probably meet two or three people, or a group that wants to work with us in the future. That’s how things build up for us.”

Weinroth thinks that the success and draw of Plazapalooza comes from an aspect that has been part of the event from the beginning: its focus around the acts just having a good time while playing their music for the Mason community.

“I think there’s something that’s very inviting about [a music festival] that is not about profit,” Weinroth said. “[It’s] about prioritizing the musicians and making sure that these student acts get a really good experience. I’ve played shows off-campus now where sometimes the venues just don’t care. They just need to make money at the end of the night and you blur together in that booker’s mind. But at Plazapalooza and with the Music Productions Club, we really value all of our performers.”

Other groups that performed at the event include Abby Rasheed and the Sundry Collective, Faded Home, The Big Empty, brgndyblues and Mane Street.