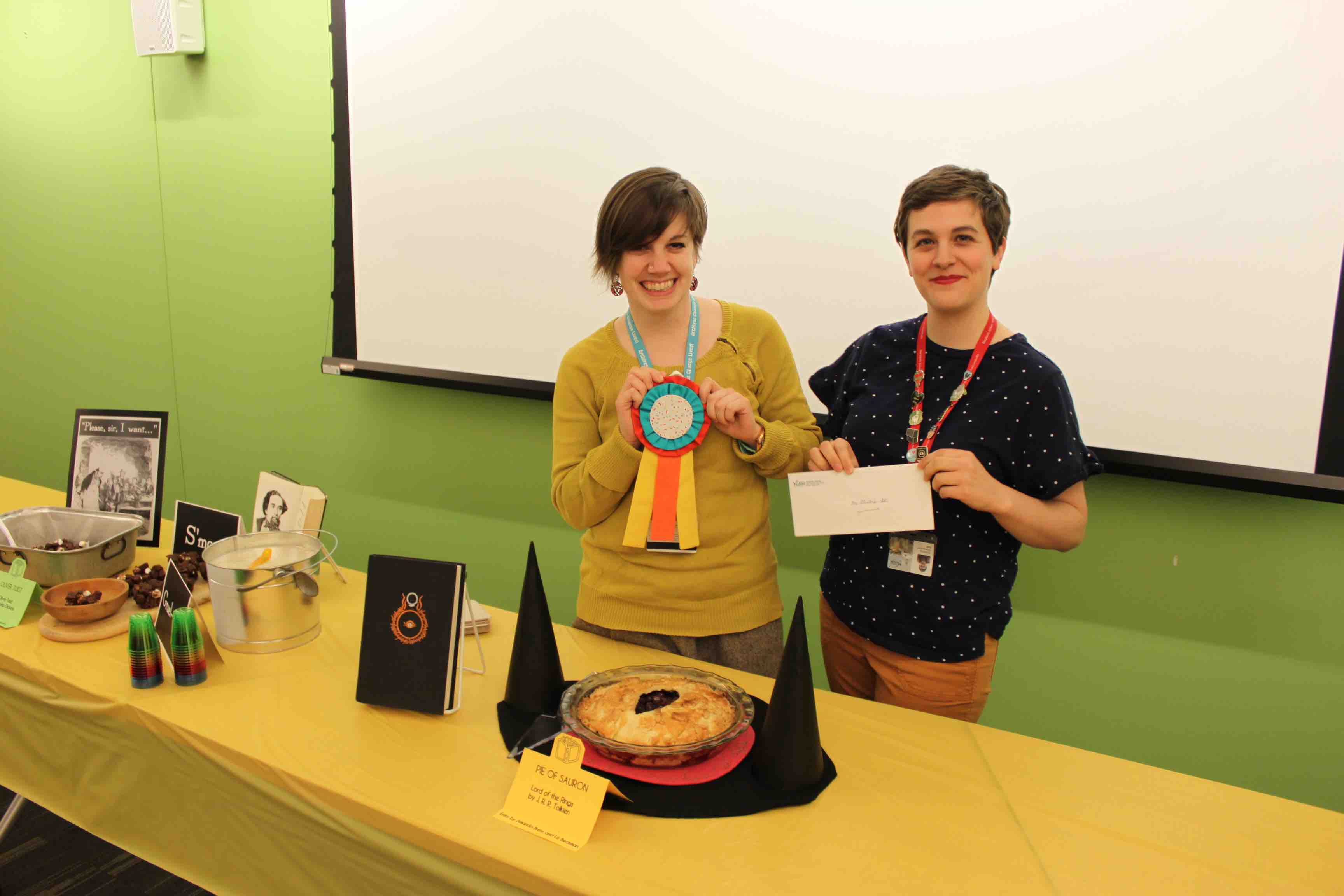 On April 1, Fenwick Library room 1014 was bursting with book-lovers, art-viewers and cake-eaters. Students and staff sampled treats made by peers. All left satisfied. Some even left with ideas for the future. Mason’s first Edible Book Festival was truly something to relish.

According to the Mason Edible Book Festival website, the party highlights “creative food projects that draw their inspiration from books and stories.” Though this year was Mason’s first celebration, edible book festivals continue to be celebrated on campuses across the nation, including Duke University and UC Berkeley.

The festival started in 2000 with the Books2Eat website. Books2Eat allowed edible book festivals around the world to post their creations in one place. While the site has mostly become defunct, it set the tradition in motion.

Books2Eat decided on April 1 as the festival date because it is the birthday of French gourmet food writer Jean-Anthelme Brillat-Savarin. Besides, April 1 is the “perfect day to eat your words and play with them,” according to the Books2Eat website.

Mason’s first Edible Book Festival was successful. Over 100 people mingled and viewed the entries. Ten creations were registered in a range of mediums. Spectators also sampled cakes from the Snacking Table.

From “Data Visualization” to “The Hitchhiker’s Guide to the Galaxy,” several stories were represented by delectable treats. Each food item was visually and structurally unique. Crepes for “The Great Gatsby,” authentic gruel for “Oliver Twist” and more were displayed at the event. After being judged, each entry was devoured by spectators. 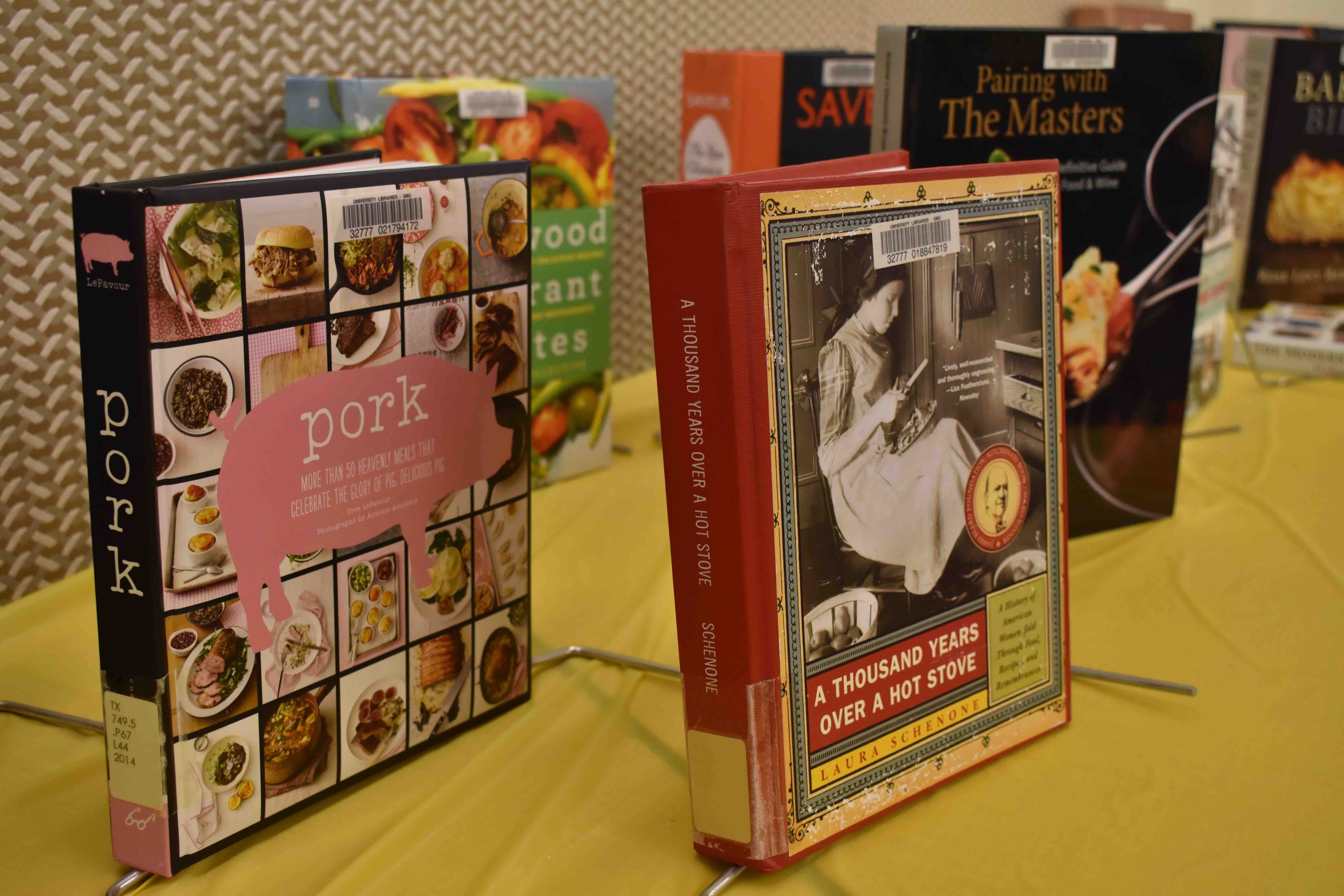 There were six categories in the contest: punniest, most creative, people’s choice, most visually appealing, best display of technical skill and best representation of a book. Gift cards and other prizes were provided by the festival’s sponsors. More than 50 people voted for their favorite piece.

The brain behind Mason’s festival, and the hand behind the Snacking Table, was Amy Sullivan, preservation librarian. She received entries from other departments and within the library.

“They tend to be very creative and very willing to get involved,” Sullivan noted. She coordinated with Mason’s Office of Communications and Marketing, especially Kathleen Dodd and Stacy D’Angelo. Bindery assistants within the Preservation Department also helped with fliers and chalk advertisements.

But her work went far beyond Mason’s campus. “What’s interesting was … the ability we had to interact with the community, [and] also beyond campus,” Sullivan said. With both sponsors from local businesses and judges from other departments, the Edible Book Festival was a team effort.

Sullivan remarked that the festival was “a really good way to get people who wouldn’t necessarily end up in the library to actually come in to Fenwick.”

As the crowd dispersed, several attendees talked about creations for next year. This was Mason’s first Edible Book Festival, but it will not be the last.