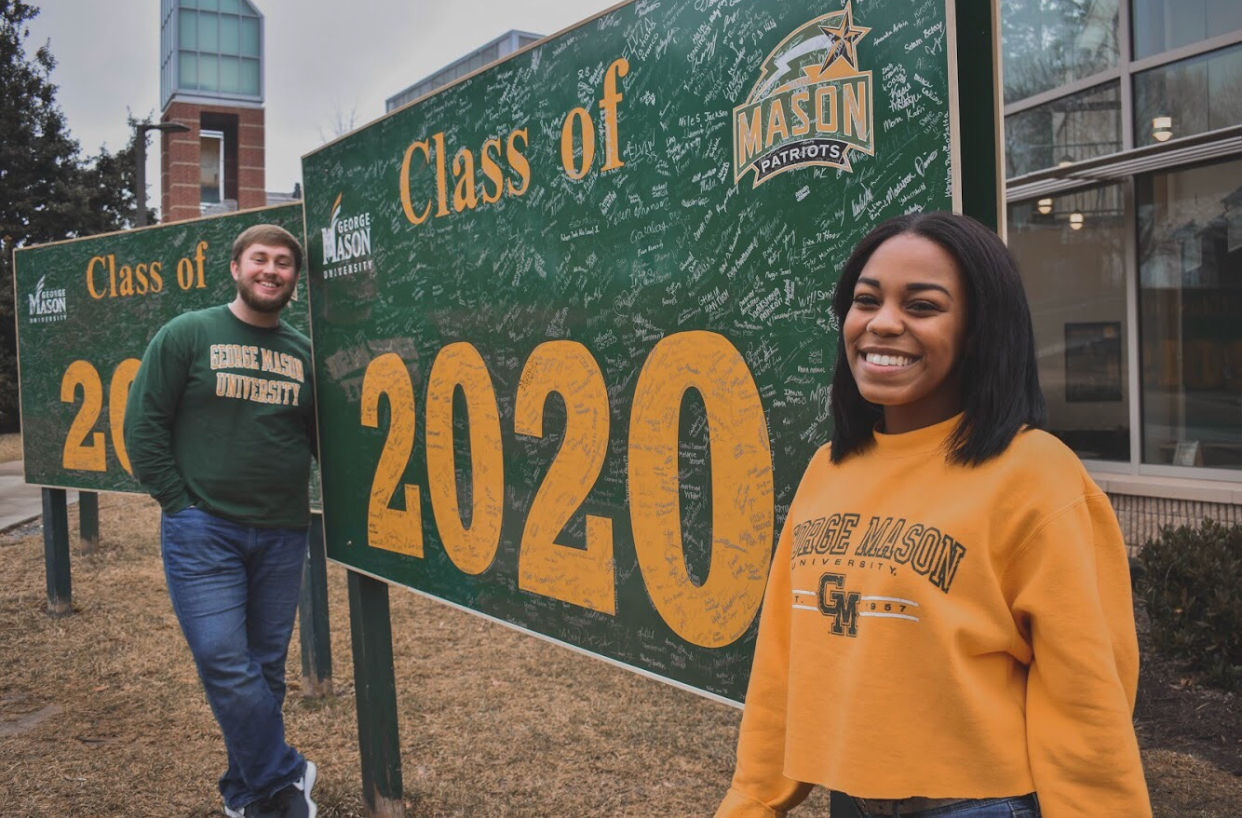 Progress with purpose proceeds to prosperity

Camden Layton and Adia McLaughlin are to be Mason’s student body president and vice president for the 2019-2020 academic year.

“Adia and I are extremely grateful and humbled to be elected as your next Student Body President and Vice President!” said Layton via text. “This campaign has been about promoting progress with purpose and we are excited to work towards a better Mason.”

Layton went on to talk about his plans for the upcoming year as student body president.

“Starting off the bat, we have plans on taking the connections we have made this year and starting moving towards tangible results, especially with Title IX and acting Res. 49 (A Resolution to Support a Better, Safer Mason) with the demands listed in there and from the concerns that the student body has expressed.”

He added, “As always, we will promote transparency and if there are ever any questions or concerns about Mason or Student Government, don’t hesitate to reach out to Adia or I (sic.)”

Layton and McLaughlin ran on a platform that included requiring weekly office hours for university departments, including the Housing office, parking and transportation, as well as improving the response rate of the Title IX office and instituting a Title IX undersecretary position in their cabinet.

Though Layton and McLaughlin ran unopposed, a campaign titled “Vote For Nobody” encouraged students to select “Abstain from Voting” on the ballot versus the Layton/McLaughlin ticket. Organizers behind this campaign referred to it as a “referendum on Student Government.”

When asked if they plan to work with the “Vote for Nobody” campaign in the future, Layton said, “Going forward in SG [Student Government], I will definitely let those who supported the abstain campaign have a seat at our table and work with us to overcome the lack of activity they believe SG has had in the past.”