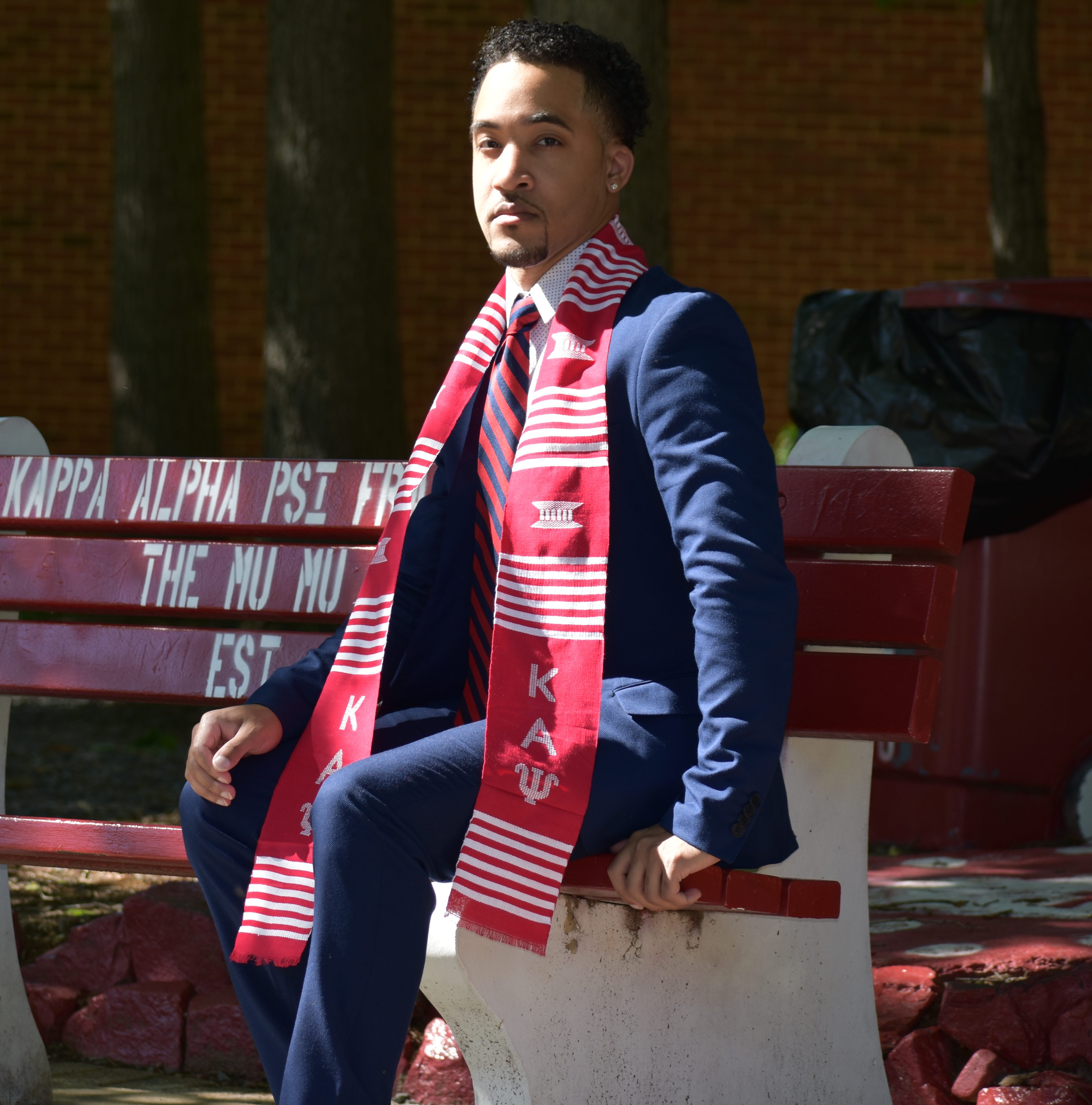 BY IZZ LAMAGDELEINE AND IMANI HOLLOMAN

YOU MAY GET THIS A LOT, BUT SERIOUSLY, WHAT IS IT LIKE TO BE A TRIPLET?

Being a triplet for me is pretty special. I was born essentially with two best friends. We can’t read each other’s minds or anything, as many people seem to ask, but we’ve always been close. Yet [we are] three completely different individuals. We were born at 28 weeks due to my mother developing a rare disease during her pregnancy that called for us to be premature. I was born at 2 pounds, my brother Joshua [was born at] 3 pounds, and my sister Hannah [was born] at 1 pound. We’ve always been a close family due to the nature of our birth. I’m blessed to be a triplet.

WHEN DID YOU START PLAYING THE PIANO?

I started playing the piano at 5 years old. My aunt, who played at a local church, gave me lessons every Thursday after school, and I’ve been playing ever since.

WHAT ORGANIZATIONS WERE YOU INVOLVED IN AS AN UNDERGRADUATE?

In college, I was a part of a lot of organizations. I was in Student Government for three years, where I served as speaker of the student senate, chair of the Diversity [and Multicultural Affairs] Committee and vice chair of [that] committee as well. I was in Anointed Vessels of Unity (AVU), the gospel choir on campus, where I played the piano. I was [also] in Freedom Connection, Black Student Alliance, Mason Ambassadors and the Mu Mu Chapter of Kappa Alpha Psi Fraternity, Incorporated.

WHAT DO YOU DO WITH YOUR LIFE NOW?

Besides being a full-time graduate student, I also work full-time as a congressional staffer for Congressman Beyer in his district office in Rosslyn. Congressman Beyer represents the 8th District of Virginia, which includes Alexandria, Fairfax, Falls Church and Arlington. For my job, I do African-American outreach as well as outreach to various organizations, nonprofits, businesses and elected officials in Falls Church and in the district overall. I also plan events for Congressman Beyer, which can include roundtables as well as town halls. I also handle all of the immigration casework in the office, where I correspond with federal agencies to help constituents apply for their visas.

WHICH POLITICIAN HAS INFLUENCED YOUR INTEREST IN POLITICS?

President Obama obviously had a big impact for me and my love of politics for being an inspiration to achieve and be the best I can be, as a Black man in politics. Obama isn’t the only inspiration, as there have been many African-American trailblazers, including Congressman Bobby Scott, Congressman Donald McEachin, and former Virginia Governor Douglas Wilder, [whom] I look up to.

WHAT WAS THE MOST MEMORABLE MOMENT OF YOUR LIFE?

The most memorable moment of my life so far was graduating college two years ago. It was a big deal for me due to the fact that I’m the first of my siblings to get a degree … I was proud to be the first and [am] soon to be the first in my family to have a master’s degree, as well. 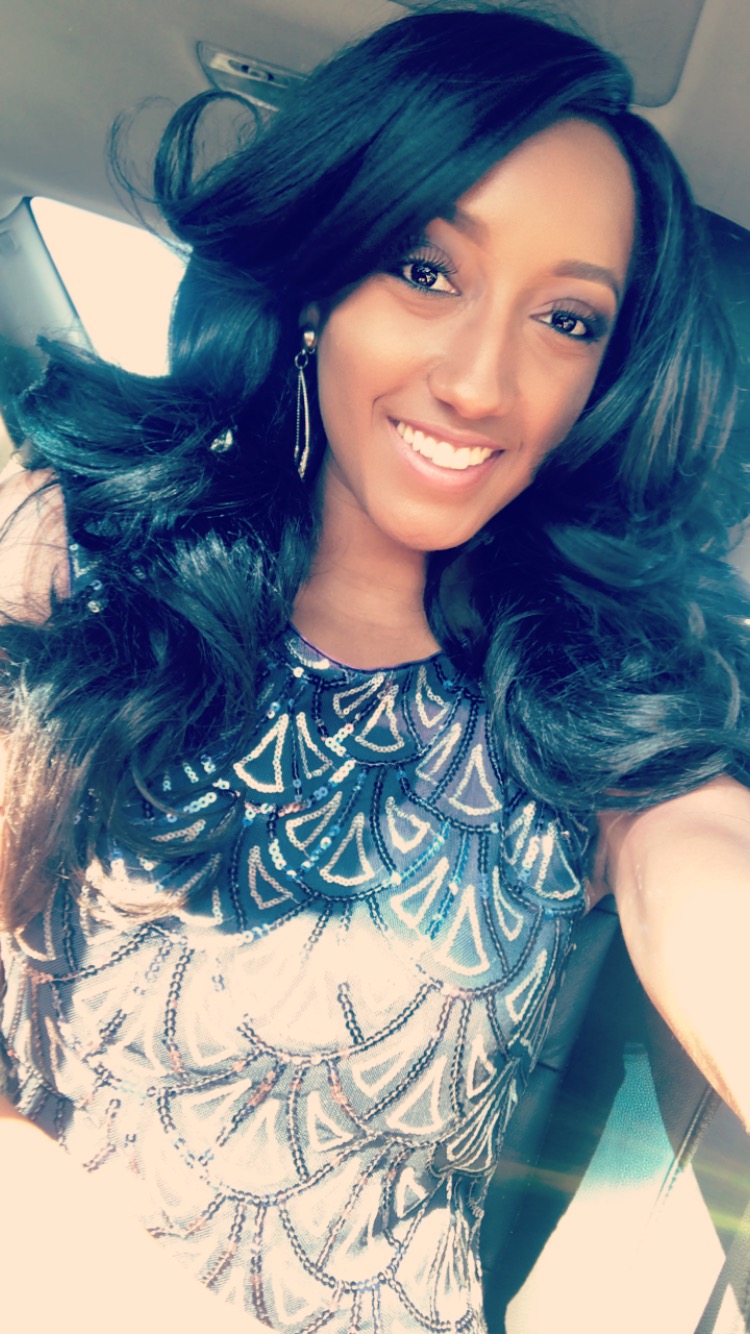 WHAT DO YOU ENJOY THE MOST ABOUT BEING AN ATHLETE?

I think traveling to different states with my teammates is my favorite experience. I think that without track, I probably wouldn’t have traveled to as many states as I have, if I was just a student. It also gives me the opportunity to get closer with my teammates, because when we aren’t competing, we are spending quality time together.

WHAT WAS IT LIKE WINNING MISS MARYLAND AT THE USA NATIONAL COMPETITION?

Winning the title USA National Miss Maryland 2018 was truly a dream come true! I hadn’t competed in a pageant in four years. Last year, I had to revisit why I started competing in pageantry in the first place, which was to make a positive impact on other young women and to raise awareness of my platform, ‘Living a Healthy and Active Lifestyle,’ to help lower the childhood-obesity rate. Winning this title proved to me that I was enough! Beautiful enough, confident enough, strong enough, capable enough and supported enough to get as far as I did. As I competed at nationals, I had the same mindset, and I was grateful to have walked away as a Top 6 National Finalist out of 45 women in the Miss division … I believe that I was blessed to bless others, so my goal when I do speaking engagements or work with other organizations is to share my story in hopes to inspire them.

WHO WOULD YOU CONSIDER TO BE YOUR BIGGEST SUPPORTERS?

I would say my biggest supporter is my mother. I think when people think of a supporter, they think of someone who agrees with their decisions or choices and just go along with it. To me … a strong supporter is someone who helps add to your goals to help enhance your potential. They don’t allow you to settle. They push you; and they have your back through a win or a loss. … That’s [who] my mother is for me.

YOU GRADUATE IN MAY. ARE YOU EXCITED?

College has been a long journey for me. When I got to college, I developed an autoimmune [condition] called hyperthyroidism. It affected the functioning of everything in my body, inside and out. It also affected my heart which, as a result, didn’t allow me to compete my freshman year. I lost a lot of confidence due to all the changes that I was going through due to this condition, so it took some time to realize that the condition did not define me. … I think that, since I’m critical of myself, I don’t always realize how much I do, so I overlook the fact that I’m doing a lot and manage to do them well. I’m really proud of what I’ve accomplished over these past four years, and I appreciate all I’ve learned and gained from this experience. I hope to carry those strengths to the next chapter in my life. I’m ready for what else life has to offer for me after graduation! 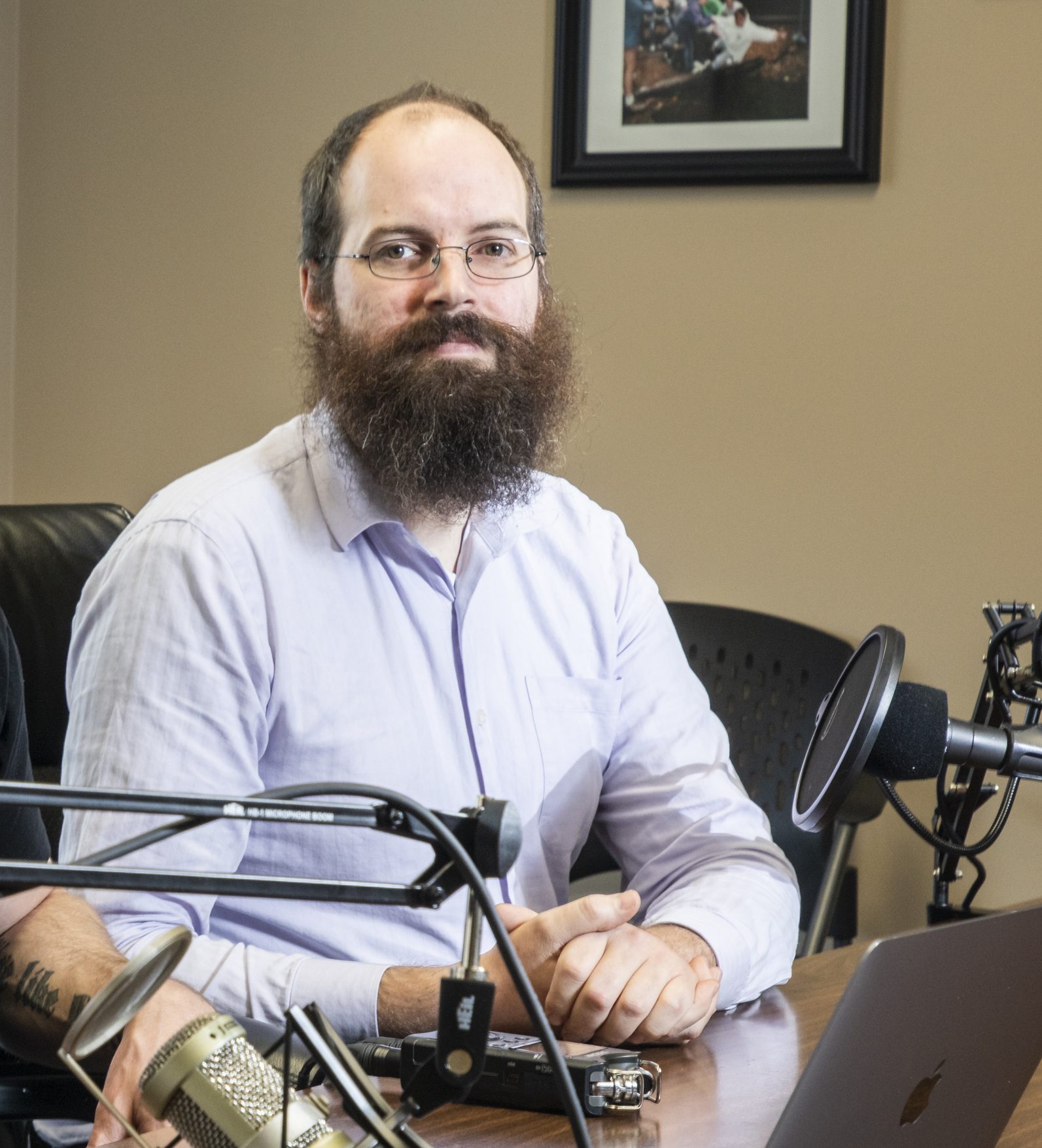 DO YOU HAVE YOUR OWN PODCAST? AND IF SO, WHAT’S IT ABOUT?

Yeah, so I am the main organizer [and] producer for a podcast that is sponsored by the Cultural Studies department at George Mason University. The podcast’s theme is capitalism, climate change and culture. We have brought, so far, eight guests to campus who are already going to be giving a talk on campus, and then [conducted] … 30-minute to one-hour interviews with these individuals about their sort of way of investigating the relationships between capitalism, climate change and culture.

WHAT IS A HOBBY OF YOURS?

Oh, I have a lot of hobbies. I’m really into bicycling. I mainly bicycle around the neighborhood. I’m not like a tight-pants bicyclist, but man, I love biking around the neighborhood. I really like gardening. I’m learning to do archery. I spend a lot of time just pleasure reading; pleasure reading is one of my huge hobbies. And, of late, my main hobby has actually been that podcast, because it takes up so much time outside of my workday. And I play guitar, too.

WHAT IS YOUR RESEARCH DISSERTATION ABOUT?

So [in] my dissertation, the question that I want to answer in the biggest sense is, ‘How did it come to be that when people say the words “clean coal,” the thing that they are describing seems to be so far away from the actual technological developments of coal pollution [and] mitigation technologies?’ So it’s a question about how … we [got] this ideology about clean coal and how … it [became] disarticulated from the material of reality that it purports to represent. That’s the big picture.

In Front Royal, Virginia, at C&C Ice Cream, which is a sort of weird, kind of old-fashioned ice cream parlor, they have two flavors that are very unusual that I am in love with. This is something where I might give a different answer a week from now, but they have a wasabi-flavored ice cream that I love, and they have a kale-flavored ice cream that I love. And so, if I have to give a single answer, can I give a two-scoop cone that has wasabi on bottom and kale on top?

WHAT WOULD YOU WANT TO SAY TO THE STUDENTS AT MASON, IF YOU COULD?

I would encourage students at Mason to take very seriously the opportunities that they’ve been given, to ask really hard questions and engage with people that have really different perspectives from them. And understand that, in some respects, the ability to do that is a luxury that comes with a certain amount of duty for them to do that outside of the university context, whether that be in their professional or their civic or their private lives. 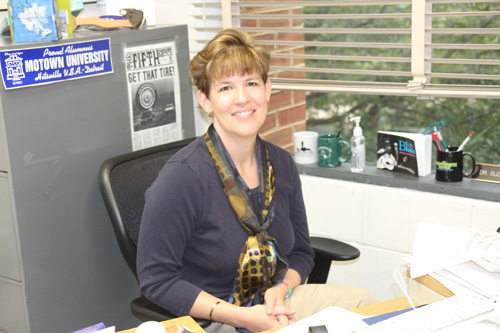 WHAT IS YOUR RESEARCH ABOUT?

IS THAT WHAT YOU’RE LOOKING AT NOW?

Yeah, my current project, I’m actually looking at a very famous African-American radio evangelist. And his name is Elder Lightfoot Solomon Michaux … and he was the most famous radio evangelist of the 1930s. And he first was down in Newport News, but then he moved to Washington, D.C. And he also became known as a very successful businessman. He was very successful on the radio and as a religious leader. But he also had kind of a business of investing in real estate and helping the Black community in Washington, D.C., by building homes for the homeless and things like that. So, again, I’m trying to look now at religion and African-American religion in the 20th century, and how African-American religious leaders kind of sometimes went into business to help their communities survive against racism.

AND THEN YOU TEACH AN HONORS CLASS, AND IT’S ABOUT MUSIC?

Yeah, I teach honors classes as well as history classes on the history of American popular music, and it’s usually a two-part class. The first part is on roots music, which is … the history of blues, gospel, country music and ethnic [and] immigrant music, and how those different genres, including jazz, actually, form the foundation of what we consider post-war popular music.

So, part of the research I do is on that, those originating genres of rock-and-roll, and right now I’m actually teaching the class on the history of popular music in the 20th century and rock-and-roll.

Yeah, and Motown music. So I teach all my research around Motown music in this class, to try to understand how music kind of shapes not only our understanding of 20th century politics, but also how marginalized people often found their voice through music and were able to challenge the dominant culture through music.